Albertsons Cos. has named Alice Chan, a veteran of PepsiCo, to a new position as VP of sales and marketing for own brands.

Chan has spent more than 16 years at Pepsi, most recently as senior director of sales strategy for its Frito-Lay division in Plano, Texas. She is the latest veteran of the consumer goods field to join Albertsons and follows the company’s new CEO, Vivek Sankaran, from Pepsi/Frito-Lay to the Boise, Idaho-based retailer.

Albertsons has made a number of high-profile appointments since Sankaran’s arrival, including EVP and Chief Human Resources Officer Mike Theilmann, who pledged to “build the best workforce in the industry" upon joining the company in August. 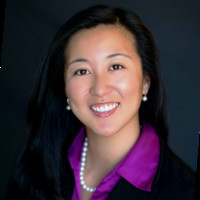 Other recent arrivals at Albertsons include Brian Messerschmitt, VP of shopper and national marketing, who joined the retailer from Procter & Gamble, and Chris Rupp, a veteran of Amazon and Microsoft who took on a new role as EVP and chief customer and digital officer in December.

Sankaran has identified increased own brand sales as a key tenet of the retailer’s strategic plan, citing an ambition to grow the category to 30% of sales from 25.6% at the end of its fiscal third quarter. In September, the company named Chad Coester as SVP of own brands after his predecessor, Geoff White, was named chief merchandising officer.

Albertsons has a portfolio of about 11,000 private brand items and plans to introduce about 800 new items this year.