Boise, Idaho-based Albertsons has out-comped Kroger in two straight quarters, as well as four of the last five, according to a new note to clients from the investment bank Jefferies. While both retailers are growing comps modestly, this indicates a degree of parity between the big conventionals not seen in well more than a decade. 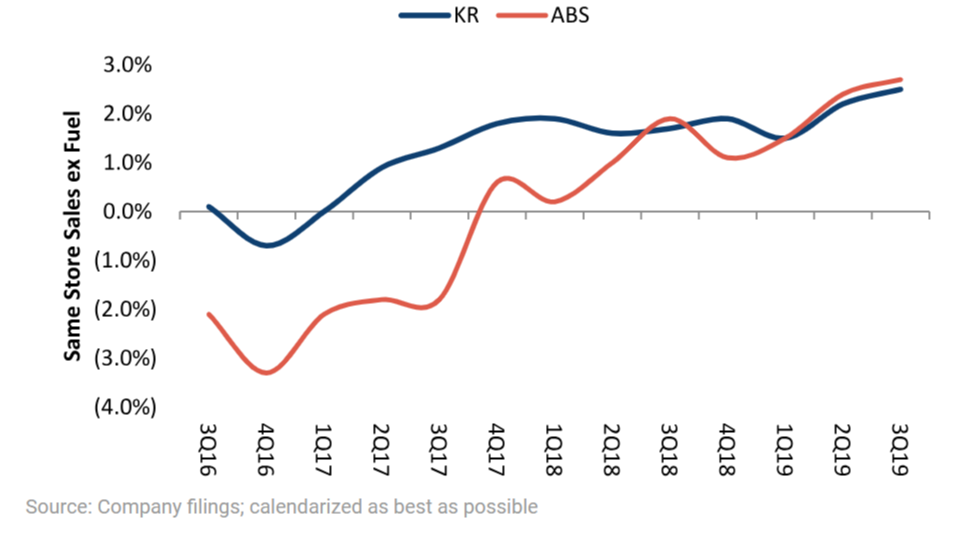 Both retailers are looking up to the recent same-store sales pace of big-box rivals such as Walmart (up 3.2% in the U.S. in the third quarter) and Target (up 4.5%), although the latter company's figures tend to reflect a wider range of goods and services. 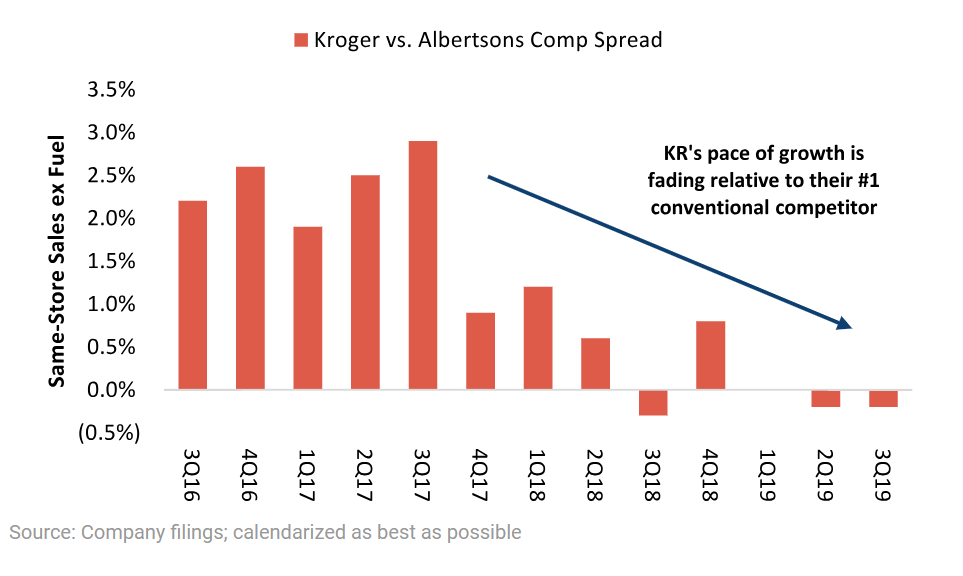 The Jefferies figures illustrate a new parity between so-called “scaled” conventional grocers and highlight Albertsons’ gradual improvement from a share loser to a gainer. Its third-quarter figures marked its eighth straight quarter of positive same-store sales after a lengthy period of declining or modest quarterly comp gains.