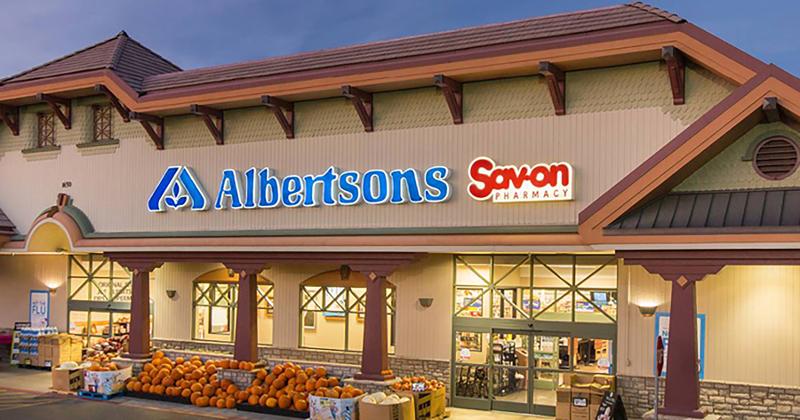 The past few years have brought accelerated expansion and renewal to Boise, Idaho-based Albertsons Cos., which reported a slight gain in same-store sales and improved margins in the fiscal first quarter.

"We are pleased with our first-quarter results as both identical sales and adjusted EBITDA (earnings before interest, taxes, depreciation and amortization) increased for the second consecutive quarter," Bob Miller, Albertsons chairman and CEO, said in a conference call.

Sales during the 16-week quarter, which ended June 16, increased 1% to $18.7 billion as compared to the same period last year. Identical store sales, excluding fuel, increased by 0.2% and gross margin as a percent of sales jumped by 60 basis points to 27.7% of sales on reductions in costs and shrink.

The company posted a net loss of $17.7 million, but EBITDA growth exceeded expectations.

Citing lower advertising costs as a primary driver, Albertsons executives also attributed the successful first quarter to a number of factors, including increased fuel sales, a reduction in shrink, a focus on customer satisfaction and elevated e-commerce capabilities.

“Enhancing the customer experience, improving our digital marketing, loyalty and e-commerce efforts and innovations in own brands, coupled with successful cost reduction efforts, including continued improvements in shrink and completion of the fiscal 2018 synergies from the Safeway acquisition, should allow us to generate improvements in sales and achieve our target for adjusting the EBITDA $2.7 billion in fiscal year 2018,” said Jim Donald, Albertsons president and COO.

Albertsons, which merged with Safeway in 2015, and acquired the home meal kit delivery service Plated in 2017, is now anticipating the close on its merger with pharmacy chain Rite Aid.

With an omnichannel strategy to become the favorite brick-and-mortar and digital supermarket, Albertsons is aggressively expanding its e-commerce reach.

“To further extend our omnichannel business, we are accelerating investments in, and expansion of, our capabilities in e-commerce, digital marketing and loyalty programs to provide value to our customers, offer our customers additional methods of shopping with us and, in turn, drive sales,” said Donald.

"We continue to roll out unique options for our customers as we strive to differentiate through our best-in-class own brands and rapidly expanding e-commerce offerings,” added Miller. Albertsons increased private label sales penetration to 24% in Q1 and grew e-commerce sales, including Plated meal kits, by 108%.

Albertsons is also poised to expand its Drive Up & Go service that allows customers to order online and pick up groceries outside the storefront in as little as two hours. By the end of Q1, the company offered the service at 94 stores, and plans to extend that service to more than 500 stores by the end of the fiscal year.

At the same time, Albertsons also plans to extend Instacart delivery service to 2,000 stores (currently offered in 1,800 stores) and its Plated meal kits in more than 650 stores by the end of fiscal 2018.

“We are focused on meeting our customers’ changing needs and positioning ourselves to serve our customers whenever, wherever and however they prefer,” said Donald.

While the grocer has offered home delivery through Safeway since 2001, it is now expanding its offerings companywide through a combination of private home delivery and Instacart, which delivers groceries in as little as an hour after an order is placed.

In its stores and online, Albertsons is focusing on enhancing the customer experience, an effort which yielded positive results in Q1.

“Our customer satisfaction is the highest it’s been in four quarters,” said Donald. “Speed of checkout and price are two key drivers for online shopping, and I’m pleased to see progress in that area.”

The first quarter of fiscal 2018 “exceeded internal expectations,” and Albertsons executives expect identical sales growth of 1.5% to 2% for the full year.

Additionally, Albertsons anticipates that its systems integration with Safeway will be complete by mid-September.

In the first quarter the company spent about $350 million (including about $37 million for Safeway integration-related capital expenditures), completed 24 remodel projects, and opened two new stores.