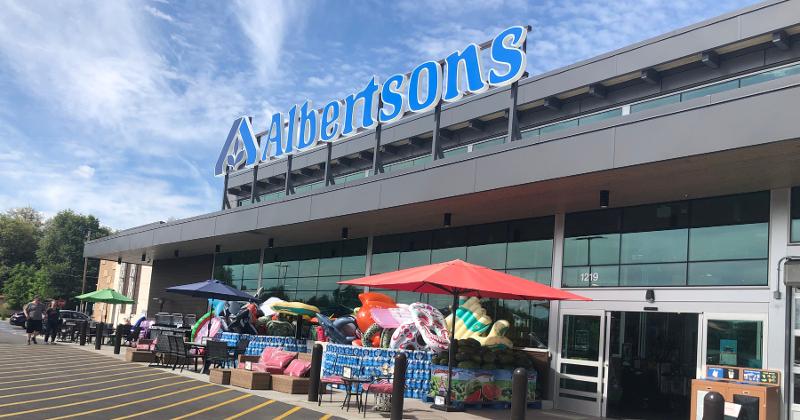 Albertsons Cos. has reported its digital sales increased 5% for the second quarter of fiscal 2021, ended Sept. 11, resulting in digital sales growth of 248% based on a two-year stacked period. During the company's second-quarter 2021 earnings and conference call, Albertsons CEO Vivek Sankaran said the company’s Drive Up & Go and home delivery capabilities now reach 95% of its customers, helping to increase omnichannel households by more than four times vs. the second quarter of 2019.

“Omnichannel household growth is a key initiative as these customers spend three times more than any in-store-only shopper,” added Sankaran, according to a Sentieo transcript of the call. “We also continued to drive year-over-year growth in identified households, another key initiative that is foundational to better understanding our customers through data analytics and allowing us to improve our offerings to drive recurring and incremental spend.”

“We are pleased with our second-quarter results as we continue to execute our transformation strategy,” said Sankaran in a statement. “The favorable consumer backdrop together with our focus on in-store excellence, accelerating our digital and omnichannel capabilities, increasing productivity and strengthening our talent and culture, are driving increased identical sales and improved performance. Based on this strong performance, today we announced a 20% increase to our quarterly dividend and have raised our fiscal year 2021 outlook.”

“We continue to gain market share in food on a one- and two-year basis,” Sankaran noted on the call. “Again, this quarter, against a backdrop of digital sales growth exceeding 200% in every quarter of 2020, the benefits of our digital and omnichannel investments continue to resonate with our customers.”

Pointing to benefit enhancements that continue to “accelerate membership growth,” Sankaran touted the ongoing success of Albertsons U loyalty program, which increased 17% year-over-year to 27.5 million members. Within the program, the number of actively engaged members (those who redeem rewards) increased by almost 9%. Albertsons saw a 93% retention rate with these actively engaged members in the second quarter.

“Remember that actively engaged members spend approximately four times more with us,” said Sankaran. “We also saw better-than-expected in-store results, as traffic in our stores continues to increase vs. second quarter 2020. We believe the increased traffic is being driven by our ongoing efforts to protect the health and safety of our employees, customers and communities and the higher vaccination rates that are helping customers become more comfortable in returning to stores.”

The grocer’s second-quarter results also reflect the momentum Albertsons is experiencing as a result of its “transformation strategy across all channels,” added Sankaran, who often references the four pillars of this strategy, including in-store excellence, accelerating digital and omnichannel capabilities, increasing productivity, and strengthening talent and culture.

While Albertsons continues to open new stores and upgrade and remodel existing locations, its next priority is “the acceleration of our digital and omnichannel capabilities,” Sankaran asserted on the earnings call. “Digital transformation is an imperative in our growth strategy, as we aim to provide an array of convenient shopping experience for our customers.”

Later in the call, Sankaran responded to a participant’s direct question regarding the percentage of total Albertsons’ shoppers who are omnichannel customers, with an admission: “We are below our competitors in terms of our overall omnichannel mix in the business, and we've said that before and we continue to grow that. We are excited about the growth rate, but we're also excited about the quality and the speed at which we're providing it.”

Albertsons has expanded its Drive Up & Go locations to over 1,900 and expects to reach approximately 2,000 locations by year-end. The grocer is equally focused on improving the speed and efficiency of this service. The average wait time for pickup with Drive Up & Go is now down to three minutes, said Sankaran.

“In delivery, we continue to speed up delivery times while reducing delivery cost per order by expanding our third-party delivery store network, and we added DoorDash one-hour delivery to all divisions with a catalog of 40,000-plus products,” he continued. “And we also announced DoubleDash allowing customers to combine delivery of a restaurant meal and a grocery delivery in one trip.”

The grocer’s microfulfillment centers are another key piece of the productivity puzzle. Albertsons currently operates three MFCs, and while construction on additional centers has slowed due to pandemic-related permit delays, an additional four MFCs are anticipated before the end of the company’s fiscal year. This will bring the company’s total to seven.

Sankaran shared further insights with regard to the company’s vision for increased MFC efficiencies during the question-and-answer portion of the earnings call.

“We’ve seen the MFCs getting to a point where the cost to pick becomes about the same as the labor cost that we have for an order in a store, right, because of the productivity it gives you,” said Sankaran. And at some point, you start becoming indifferent to whether … somebody shopped the store or whether they shopped [the order] through the MFC. When that converges, this thing opens up in a big way for us because you’re kind of indifferent.”

Albertsons says it remains committed to its fourth pillar—talent—pointing to the recent appointment of Sharon McCollam as president and CFO. Broadly recognized as the co-pilot of Best Buy’s Renew Blue transformation, which has been regarded as one of the foremost omnichannel transformations in the retail sector, McCollam came out of retirement to join Albertsons on its transformation journey.

“Where I am currently spending the majority of my time is in the acceleration of our digital and technology initiatives, the strengthening of our omnichannel capabilities and the advancement of our productivity agenda, including identifying opportunities to further rationalize our cost structure, particularly in the technological enablement of our supply chains and our stores,” said McCollam.

But even accelerated digital and technological initiatives take time, cautioned McCollam, fielding a question from an investor on the call.

“All of these initiatives that we’re working on in the e-commerce side of the business are gradual and incremental. You implement them; customers learn to use them. They see how much more efficient they are,” she explained. “They have a better experience, and then they use it more.”