Store traffic and gross margins both fell in the third quarter for Albertsons Cos., which saw “disappointing” results despite aggressive price and promotion campaigns, officials said Tuesday.

The Boise, Idaho-based retailer, however, said non-fuel identical store sales have since rebounded behind “targeted” promotional campaigns directing price investment to specific markets and banners, with comps running positive through the first six weeks of its current fourth quarter.

For the third quarter, which ended Dec. 2, Albertsons' overall revenues were flat at $13.6 billion, with comps falling by 1.8% vs. the same period in 2016’s third quarter, reflecting a 2.7% decrease in store traffic offset in part by a 0.9% increase in average basket size. Gross margin as a percent of sales fell by 140 basis points, and EBITDA of $429 million dropped by $246 million from the same period last year as price investment, increased shrink and sales deleverage from the comp decline weighed on results.

The figures indicate Albertsons has been slow to capitalize on improving industry conditions, including a return to modest food price inflation, that lifted comps of rivals such as Walmart and Kroger reporting results over a similar period.

In a conference call discussing results, Albertsons CEO Bob Miller said Albertsons dealt with the added burden of converting store systems as part of its integration of the Albertsons and Safeway assets during the quarter, but added the most disruptive aspect of that work is behind it as it heads into fiscal 2018. Miller also said he expected that comps would remain in positive territory for the new year, and that financial results would benefit from additional synergies from the Safeway deal; an additional $150 million in corporate cost reductions; results of its investments in e-commerce, private brands and loyalty initiatives; and a decrease in capital expenditures. 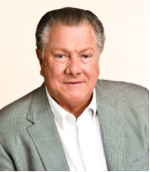 Miller said he was also expecting a 30% slowdown in the volume of competitive openings next year as the industry – Albertsons included – works to get more out of existing assets.