After working more than 40 years with Albertsons Cos., President and COO Wayne Denningham will retire at the end of the company’s fiscal year next month. Susan Morris has been promoted to EVP and COO in his place, and will report directly to Chairman and CEO Bob Miller to oversee Albertsons’ supply chain, manufacturing and operations functions. 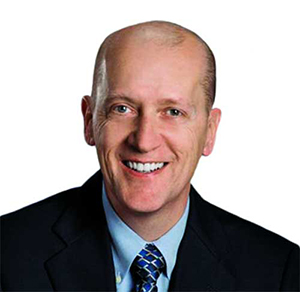 “Susan is a talented leader within our company, and she fully embraces our entrepreneurial spirit and commitment to running really good stores,” said Miller in a company statement. “She has proven herself to be a valuable part of our leadership team in readily accepting new challenges, developing others and bringing teams together, and I know that her broad experience will be of significant value to Albertsons Companies as we move forward.”

Miller has signed a one-year extension to his employment agreement, which will now run through Jan. 30, 2019. He intends to be involved in the company’s operations and merchandising decisions moving forward.

A 32-year company vet, Morris has served in a variety of senior executive roles for Albertsons, including her most recent position as EVP of the West region. Previously, she served as EVP of the East region as well as division president of multiple divisions.

In her new role, Morris will be based at Albertsons’ Boise, Idaho corporate campus and will continue to lead the Seattle, Portland, Northern California and Southern California divisions. Jim Perkins, EVP of operations and special projects, will continue as president of the Acme and Eastern divisions. Mike Withers, EVP of East region operations, will lead the remaining six divisions, which include Denver, Intermountain, Jewel-Osco, Shaw’s, Southern, Southwest and United. Going forward, Bob Miller also

Morris began her career in high school at Albertsons’ Denver division, where she worked her way up the ranks through roles from store director to corporate grocery sales director, VP of bakery and operations and—upon the sale of Albertsons Inc.’s assets to Supervalu—VP of customer satisfaction. In 2013, Morris was named Intermountain division president after a three-year stint in the company’s Southwest division, and subsequently was asked to lead the Denver division in 2015. She was named EVP, East operations in April 2016 and was moved to lead West region operations in March 2017.