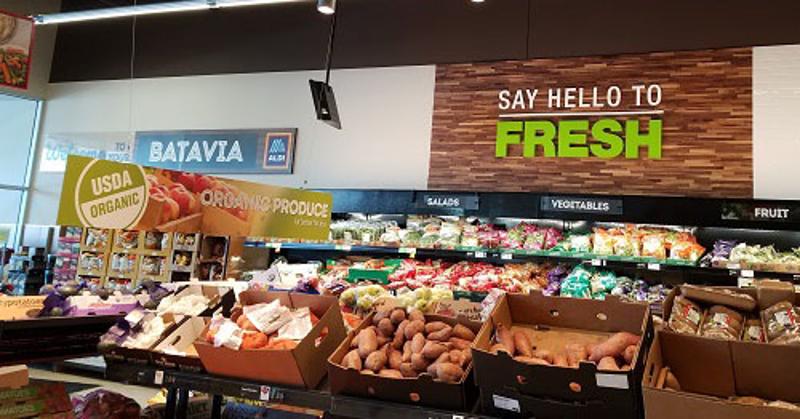 The discount grocer Aldi USA has set Nov. 5 as the grand opening date for its first two stores in Arizona.

Aldi, based in Batavia, Ill., has been at work establishing an Arizona based since 2017 and said in July that it anticipated four stores would open in the Grand Canyon State before the end of the year. The first two in what will be Aldi’s 37th state—in Chandler and Goodyear, Az.— will hold opening ceremonies Nov. 5, according to a list of forthcoming stores on its website.

Chandler and Goodyear—the latter city also expected to be the site of a warehouse and regional support center for Aldi in the state—are Maricopa County suburbs of Phoenix. They join a metropolitan statistical area comprising 5.3 million residents but very few hard discount stores where Kroger’s Fry’s chain holds the greatest market share at 26.1%, according to data from metro Market Studies’ 2020 Grocery Distribution Guide, followed by Walmart (22.6%); Albertsons Cos. Safeway banner (1.6%); Costco (8.4%) and regional local Bashas’ (8.2).

Phoenix is also the home market for Sprouts Farmers Markets, which operates 35 stores in the market and holds a 3.2% share, according to Metro Market Studies.

Aldi has at least 15 sites in various stages of development in metro Phoenix, according to Beitz & Daigh Geographers’ Planned Grocery service, which tracks developing food retail sites through public reports and other sources.