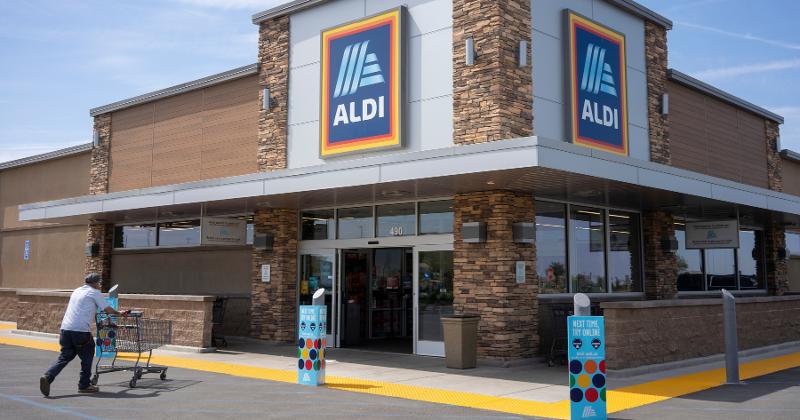 No-frills German discount grocery chain Aldi is not only edging closer to its goal of becoming the third-largest U.S. grocery retailer by store count by the end of 2022, but its foot traffic has grown as well, new data from Placer.ai suggests.

Placer.ai said Aldi’s deepened foot traffic boils down to the “ability to offer high-quality products at significantly lower price points.” The report also shows that cross-shopping between Aldi and Walmart has consistently fallen over the past four years. Data from Placer.air reveals in the first quarter of 2019 that cross-shopping from Aldi to Walmart was 81%. That number has now dropped to 64.4 % in the first quarter of 2022.

In a move that timed itself with the Bureau of Labor Statistics' April 12 report that food-at-home prices soared 10% in March, Jason Hart, CEO of Aldi U.S., issued an open letter on Aldi’s website titled "Our Price Promise." In the letter, Hart opens by saying, “No matter what happens in the world around us, Aldi will always be the low-price leader in every community we serve.”

Hart noted that the grocer has “always made shopping at Aldi simple with the lowest possible prices, every day, in every aisle"—no tricks or gimmicks.

Hart also recognized in the letter the price pain shoppers are experiencing. “Whether you’re feeling the pinch at the gas pump or on your home energy bills, you can count on Aldi as a bright spot in your weekly budget,” he wrote.

Batavia, Ill.-based Aldi first opened in the U.S. in 1976, and now has more than 2,000 stores in 36 states. The chain said its newest location, which opened April 7 in Pensacola Fla., is part of the company’s nationwide growth plan, which includes the opening of approximately 150 new stores this year—close to 20 of which will be in Alabama, Mississippi, the Florida Panhandle and Louisiana.