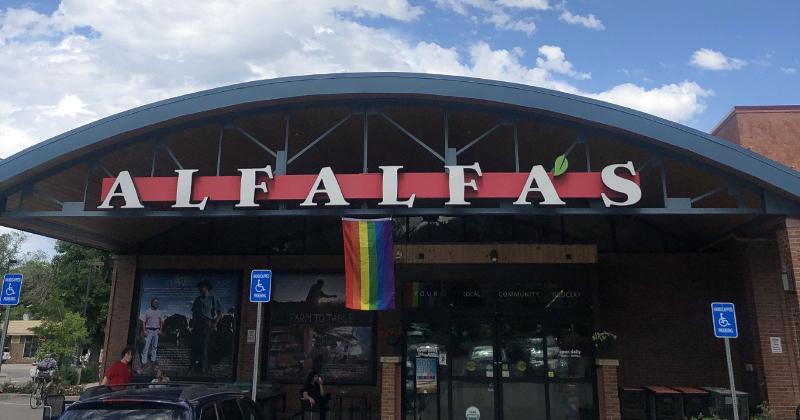 Alfalfa’s Local Market of Boulder, Colo., is set to open its third store in the state, when it launches its new location and concept in Longmont. The new 23,000-square-foot store at 700 Ken Pratt Blvd., a property owned by Blackfox Parkway Associates, was previously a Lucky’s Market store.

Considered one of the revolutionaries in natural foods since 1979, Alfalfa’s expansion embraces what company officials described as an innovative new concept and design to serve shoppers in novel ways. The store will take on modern finishes, featuring an abundance of produce, house-made prepared foods, meats, cheeses and specialty products. In addition to adhering to Alfalfa’s brand promise of providing customers with a wide selection of local, natural and organic products, the Longmont store’s product mix will be curated to better serve the Longmont community.

“Longmont will have a different customer [than Boulder] and will offer a different customer experience,” Alfalfa’s President and CEO Mark Homlish told WGB. “None of the food is changing—that’s something we’re very protective of in terms of quality and standards.” Rather, the store will feature equipment updates and new fixtures, as well as a more efficient use of space than the grocer’ s Boulder and Louisville locations.

“Alfalfa’s is an institution in the Colorado community as a store with the highest standards of products, quality and offerings, as well as being a market space for others in the community,” said Carter Davis, SVP of Blackfox Parkway Associaties, in a statement. “Alfalfa’s local, community-driven approach will be complementary to the other quality local retailers in the center.”

The new store’s customer-centric design coupled with convenient services such as curbside pickup and same-day delivery will provide shoppers with greater accessibility to explore the variety of flavors only found at Alfalfa’s Market.

“In a very short period of time, the way we think and live has changed. We are responding with innovative ways to be a better grocer and community hub,” added Homlish. “We are excited about the opportunity to reinvent Alfalfa’s Market in a forward-looking and bold way, while providing good value to our customers and jobs to a community during this challenging time.”

“This is a grow or die business,” said Homlish in a phone interview with WGB. Alfalfa’s initially pursued the acquisition of two former Lucky’s Market locations in bankruptcy court but succeeded in securing only the Longmont store. “For now, we have our hands full with Longmont,” he replied, when asked about future expansion plans.

The new Longmont store, which is expected to open in late summer or “in Q4 at the latest,” according to Homlish, will provide 65 to 75 new jobs.

Following an abrupt disinvestment by financial backer The Kroger Co., Niwot, Colo.-based Lucky’s Market declared bankruptcy and announced plans to close dozens of stores nationwide in late January. According to the Lucky’s Market website, it continues to operate two stores in Colorado.