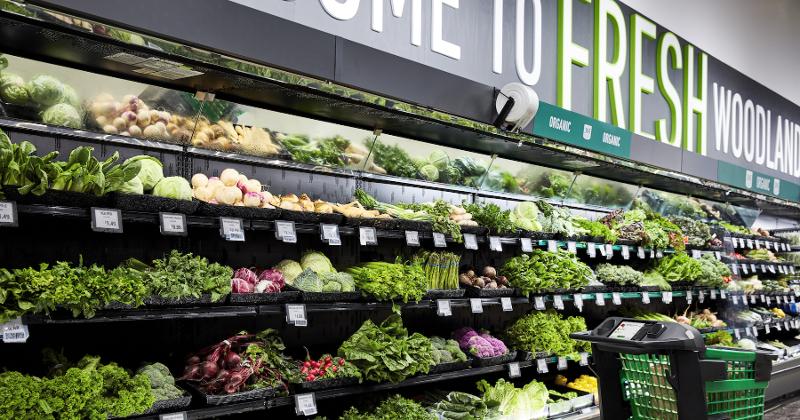 Seattle-based Amazon is preparing to open its first Amazon Fresh grocery stores in New Jersey and New York, announcing May 18 that it is now hiring for hundreds of full- and part-time employees at both stores.

Once open, the grocery stores in Paramus, N.J., and Oceanside, N.Y., will bring Amazon Fresh’s store total to 32. (A spokesperson for Amazon could not confirm opening dates for either store.)

Amazon Fresh has its most locations (14) in California, and has seven stores in Illinois; four in Washington state; two in Virginia; and one each in Maryland, Pennsylvania and Washington, D.C.

Like many other Fresh locations, the new stores in New Jersey and New York will feature Amazon’s Just Walk Out technology, a cashierless experience that recently launched at Houston’s Minute Maid Park baseball stadium and at a Whole Foods in Washington, D.C.

Chris Boje, store manager of the Paramus location, said in a release that the store “was designed from the ground up to offer the local community with a seamless grocery shopping experience and low prices on a wide assortment of national brands and high-quality produce, meat and seafood.” Low prices have become a staple of Amazon Fresh, with stores selling items such as bananas for 15 cents, freshly baked bread for 89 cents, pizza slices for $1.99 and rotisserie chickens for $4.97.

Positions at the Paramus and Oceanside stores offer starting wages between $15 and $18.55 per hour depending on the store and role type. New employees are offered a variety of benefits packages starting on their first day on the job as well as opportunities for career growth, Amazon said, adding that it cross-trains employees across the entire grocery store and promotes from within.

“Since the first Amazon Fresh grocery store opened in 2020, hundreds of employees have been promoted to roles with increased pay and responsibility,” Amazon said in a release. “In 2021, a majority of store management positions were filled by employees promoted from hourly roles.”

Amazon Fresh Oceanside will host a virtual hiring event on May 26 from 10 to 11 a.m. and 3 to 4 p.m. ET, while Amazon Fresh Paramus will hold an in-person event on June 8 and June 9 at the Marriott Saddle Brook in Saddle Brook, N.J.

“We’ve always been at the forefront of business and economic development, and we are proud Oceanside is the site of Amazon Fresh’s first location in New York state,” said Hempstead Town Supervisor Don Clavin. “This new store will be a great opportunity for creating jobs and boosting our local economy, and we wish Amazon the best of luck here in America’s largest township.”

Charlie Chacon, store manager of the Oceanside Amazon Fresh location, added, “This is an exciting opportunity to join Amazon and build a career with us.”