After more than a year of pilot-testing with its employees, Amazon has opened the doors of its cashierless convenience store to the public on Monday, sparking further disruption to an industry in flux.

The AI-powered Amazon Go store, located in downtown Seattle, gives new meaning to “grab-and-go,” using computer vision, sensor fusion and deep learning technology to track shoppers’ product selections in a virtual cart via the store’s mobile app, which then charges shoppers after they leave the store—thus eliminating long checkout lines and the need for cashiers. 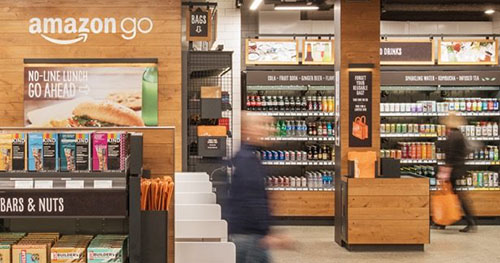 The futuristic store offers ready-to-eat breakfast, lunch, dinner and snack options, as well as grocery essentials such as bread, milk and artisan cheeses, and chef-designed Amazon Meal Kits, according to the online retailer’s website.

The company launched the c-store concept pilot in December 2016, with the promise to open the store publicly in early 2017. However, Amazon delayed the public launch in March 2017 after reportedly experiencing problems with cameras, sensors and algorithms meant to track customers in-store. The technology struggled to track more than about 20 people in the store at once, hindering the store’s ability to accurately charge customers for their purchases, according to Winsight Grocery Business’ sister publication, CSP. 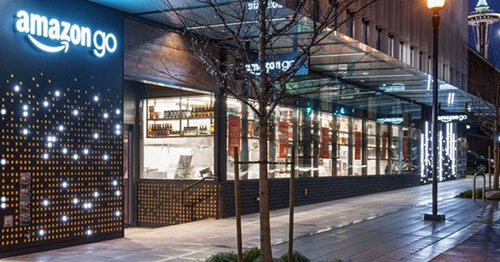 Amazon’s Just Walk Out concept has sparked a frenzy of social media commentary speculating the future of brick-and-mortar grocery, and whether the retailer will expand into convenience stores or other physical retail concepts. While some tweets have noted that the Just Walk Out concept “feels like shoplifting” and spurs the impending death of the physical wallet, others are questioning what it means for job security in retail overall.

The next bout of speculation will pertain to the location of Amazon’s HQ2. After reviewing 238 proposals from across the U.S., Canada and Mexico, the company last week announced that the following 20 metropolitan areas will move to the next phase of the selection process:

In the coming months, Amazon will work with each of the candidate locations to dive deeper into their proposals, request additional information and evaluate the feasibility of a future partnership that can accommodate the company’s hiring plans, as well as benefit its employees and the local community, according to a company statement. Amazon expects to make its decision in 2018.