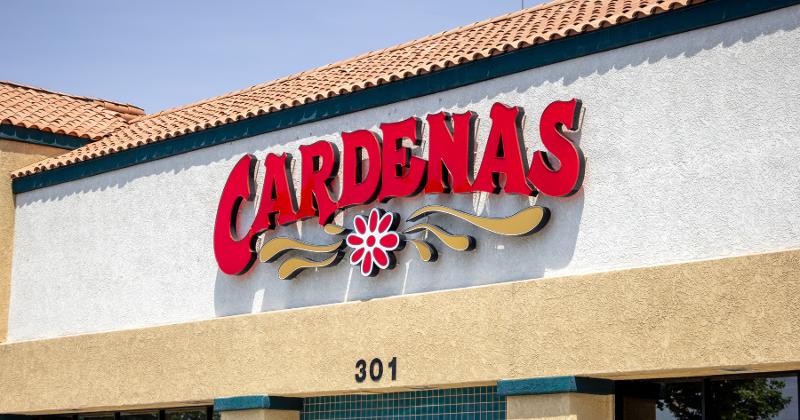 Apollo said in a release that Cardenas and Tony’s Fresh Market will continue to operate under their respective brands and local leadership but that the two will benefit from “greater scale, complementary capabilities and an expanded operating footprint.”

The combined Cardenas-Tony’s footprint will span nearly 80 stores across the Western and Midwest United States with about $1.8 billion in combined revenues, Apollo said. Doug Sanders will serve as CEO of the combined company and Cardenas chain, while Frank Ingraffia will continue to serve as the CEO of the Tony’s chain.

“Together, as two of the highest-quality Hispanic and ethnic grocers, we can deliver even greater value to the communities we serve,” Sanders said. “Apollo private equity has an extensive best-in-class track record of success in food retail, and I am thrilled to partner with Andy Jhawar (partner with Apollo) and the Apollo team again in this exciting next chapter for Cardenas. I would also like to thank KKR, which has been a tremendous strategic partner over the past six years, helping us grow and professionalize the business.”

Under KKR’s ownership, Cardenas doubled in size through a combination of organic growth and strategic acquisitions, according to a release. Last week, Cardenas announced it was acquiring six Rio Ranch Market stores, expanding the grocer’s footprint in Southern California.

“Cardenas and Tony’s have robust positions in the ethnic grocer space, and together can leverage best practices across their complementary go-to-market strategies, merchandising, customer loyalty programs and more,” Apollo private equity partners Jhawar and Joanna Reiss said in a release.

The acquisition is subject to customary closing conditions and is expected to be completed by third-quarter 2022. Financial terms of the transaction were not disclosed.

Apollo is a global alternative asset manager. As of March 31, it had approximately $513 billion of assets under management.