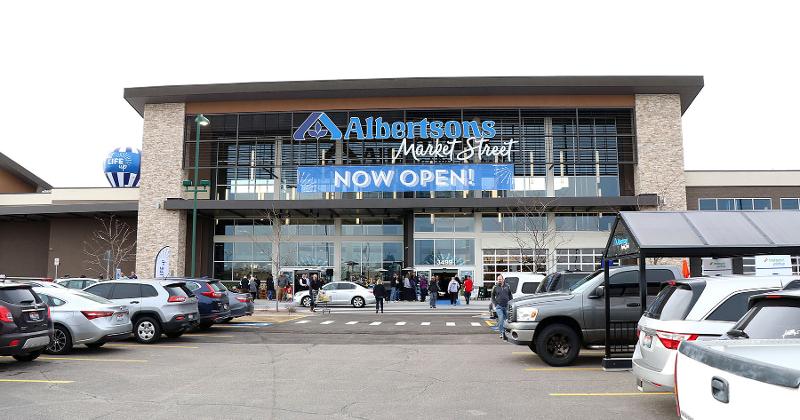 In a vote of confidence in new momentum and new possibilities for Albertsons Cos., an affiliate of Apollo Global Management is investing $1.75 billion in convertible preferred stock of the Boise, Idaho-based retailer.

The acquisition, described as a “portion” of common stock owned by Albertsons’ current holders—a consortium led by Cerberus Capital Management along with Kimco Realty, Klaff Realty, Lubert-Adler Partners and Schottenstein Stores—would represent 17.5% of Albertsons common stock upon conversion. The deal is expected to close June 15, and comes as Albertsons plans a public stock offering that could take place at any time now.

New York-based Apollo has a long history of investments in food retail with affiliated companies currently owning The Fresh Market and Smart & Final. It said its investment was “based on the firm’s view of Albertsons’ resilient business model, strategy to invest in compelling growth opportunities and proven management team.”

Burt P. Flickinger III, managing partner of Strategic Resource Group, told WGB in an interview that the investment recognizes the “spectacular success” that Albertsons has realized in rebuilding itself through acquisitions of the American Stores and Safeway assets, and could help the company further reduce debts and cost of capital while investing to gain a stronger leadership position in food-at-home that has been accelerated by the ongoing coronavirus crisis. While supermarkets controlled a little less than half the total of U.S. spending on food, restaurant closures to mitigate the virus spread is shifting millions to the at-home channels and could eventually settle at 60% to 65%, Flickinger predicted.

Albertsons has posted strong results in the early weeks of the crisis, saying last month that identical-store sales soared by 47% in the first weeks of the pandemic and were up by 34% through the first eight weeks of its fiscal first quarter, which began March 1.

“Albertsons Cos. is pleased to work with Apollo and its co-investors. Apollo knows our industry and business model well, given its significant prior history of successful investments in the grocery sector. We believe the investment led by the Apollo Funds represents a vote of confidence in both our business and our long-term strategy,” Vivek Sankaran, president and CEO of Albertsons, said in a separate statement.

Apollo Co-Presidents Scott Kleinman and Jim Zelter said, “We believe the Albertsons investment showcases the benefits of Apollo’s integrated platform and our ability to leverage capital and knowledge across the Firm. With expertise in the grocery sector, flexible strategies and an integrated operating model, the Hybrid Value and Credit teams were able to jointly lead one of the largest private preferred investments made in recent years.”

Justin Korval, partner in Apollo’s Hybrid Value Business, said, “We are excited to work with the strong management team at Albertsons Cos., and believe the business has compelling growth opportunities ahead via e-commerce penetration, expansion of the company’s innovative Own Brands portfolio, and merchandising and marketing initiatives. This investment, led by our Hybrid Value team in partnership with our Credit platform, marks the third sizable transaction in the last month and exemplifies the breadth of Apollo’s capabilities and the creative capital solutions we can deliver to great companies.”