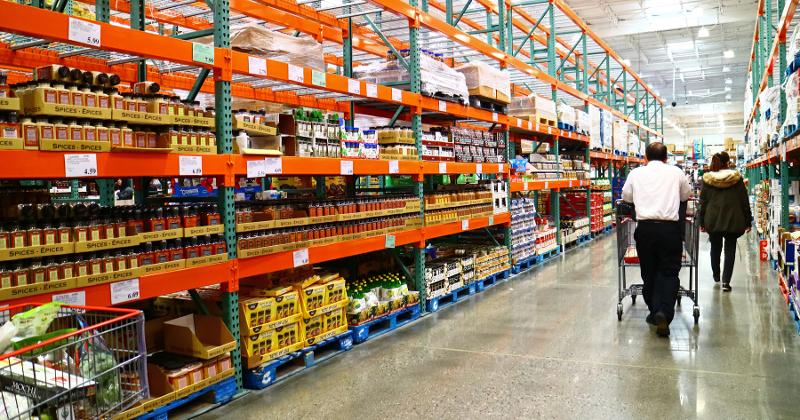 The future is bright for Costco, where sampling is back, food courts are reopening, its poultry plant continues to pump out its wildly popular $4.99 rotisserie chickens, and membership is loyal (with a 91% U.S. renewal rate) and growing.

And with a 91% re-up rate, Costco feels good about the ongoing value of its membership even as Amazon and Walmart continue to enhance their offerings.

“We think from a value proposition standpoint, the value of what we offer our members keeps going up,” said Richard Galanti, Costco EVP, CFO and director, according to a Sentieo transcript of the May 27 earnings call.

But while members remained loyal to warehouse clubs like Costco during the stock-up phase of the pandemic, as the world begins to reopen will fidelity prevail?

“Warehouse clubs like Costco and BJ’s were among the retailers who benefitted most frompandemic shopping patterns. Yet, perhaps, more importantly, the membership club model they leverage is perfectly positioned to channel the shorter-term boost experienced during the pandemic into long-term strength,” said Ethan Chernofsky, VP of marketing for retail foot traffic trackers Placer.ai. “First, while the value orientation is a lure in ‘normal’ times, the wider expectation of an extended period of economic uncertainty will only deepen that appeal. Second, the membership model creates an inherent stickiness that incentives customers to make repeat visits.

“During the pandemic, visits per visitor numbers dropped far lower than overall visits indicating that brands like Costco were successful in bringing in new members—an asset that will serve them well in the coming years. It’s also critical to remember that Costco was performing incredibly well pre-pandemic,” Chernofsky continued. “Costco is experiencing a combination of pre-pandemic strength and alignment with several key retail trends that could push the brand to even greater heights in the coming months and years.”

A recent report from Placer.ai indicated that California, where more than 20% of Costco warehouses are located, still lags behind the national benchmark of foot traffic—a fact that may diminish the true heft of its sales potential coming out of the pandemic.

“It’s a situation of the strong getting stronger,” said Chernofsky. “Costco is seeing impressive nationwide numbers, but as key regions like California and New York more fully reopen, the benefits could be significant. There are real signs that Costco isn’t just strong, but potentially better positioned than ever.”

Costco is also killing it in the all-important fresh categories.

“Fresh, as we’ve mentioned over the last few quarters, is lapping exceptional labor productivity and low product spoilage that occurred from the outsized sales that began a year ago in Q3 with the onset of COVID,” said Galanti.

In the next two weeks, Costco is phasing in a return to full sampling with the first wave of locations, about 170 of Costco’s approximately 550 U.S. warehouses—returning to sampling this week. Most of the remaining locations will resume sampling by the end of the month, said Galanti, who added that increased safety protocols will be in place, including all samples prepared behind plexiglass, prepared in smaller batches for better safety control and distributed to members one at a time.

The news is also good for Costco food courts, which Galanti noted will return to warehouses “over the next few weeks in a bigger way.” At the start of the pandemic, Costco pared back its foodservice menu to hot dogs, pizza, soda and smoothies for takeout only, eliminating its indoor seating. Several weeks ago, Costco began adding back tables and seating at a handful of outdoor food courts in a few states. By June 7, the wholesale grocer plans to offer seating at most locations but with more physical distancing.

For the last few months, Costco has been expanding more food items, including the reintroduction of “new  and improved” churros, which will be at all U.S. locations by July 4, along with the addition of a “high-end soft ice cream” to replace its frozen yogurt, said Galanti.

Even with the added competition from restaurants reopening around the country and grocery competitors expanding their fresh programs, Costco sees its members continuing to visit its foodservice and fresh areas in greater numbers.

“Restaurants are just beginning to open in a bigger way. In many cases, still people are reluctant to go in,” said Galanti, who sees grocery continuing to take sales from restaurants for the next six months.

“When all is said and done, will some of it still be sticky?” he asked. “Our view is probably the fact that we, as a company, have done a pretty good job of staying in stock and certainly the quality of our fresh foods, I think that we’ve not only benefited from that; I’d like to think that we gain market share from other traditional food retailers in that regard, particularly on the fresh side.”

On the hot topic of inflation, while Costco is feeling the heat, some of its most popular products are holding their price points. “There have been and are a variety of inflationary pressures that we and others are seeing. Inflationary factors abound,” Galanti admitted. These include higher labor costs, higher freight costs, higher transportation demand, along with the container shortage and port delays, increased demand in various product categories, and various supply shortages.

The cost of shipping some items across the ocean has doubled, said Galanti. Price increases of pulp, paper goods and plastic are up, as are metals and aluminum foil. Costco is also seeing elevated protein prices, with meat overall year-over-year up 7%.

“Beef [prices] in the last month [have] been up as much as 20%,” he noted. “Some of that is due to feed labor and transportation costs as well as restocking some of the additional increased demand coming now from institutional needs as restaurants start to reopen. And the list could go on and on.”

Galanti estimates overall price inflation at the selling level, excluding Costco’s gasoline sales, is in the 2.5% to 3.5% range. But while the price of some items is up, Costco hasn’t changed the sales price on some of its most popular items, and in some cases, even slightly lowered prices.

“From a competitive standpoint, our view is [inflation] has not really impacted our margins in any big way. Some of the inflationary pressures, some very simple examples might be things like our $4.99 rotisserie chicken and our $2.99 40-packet of water, those have stayed the same, notwithstanding there’s been some pressure on some cost components of these items,” he said.

And while Galanti reports a slight impact to margins, he said, “I think overall, relative to competition, [inflation] is not going to be an impact … of where we go margin-wise.”

Committed to its brick-and-mortar expansion, Costco announced it plans to open five additional U.S. warehouses in the fourth quarter. It’s also gradually building on the e-commerce front, where sales in the third quarter increased 38.2% year-over-year, with the strongest gains made in “big and bulky orders,” which were up 53% during the quarter, reported Galanti, who estimates 45% of Costco members have used e-commerce.

But when it comes to Costco’s three-location test of curbside pickup in New Mexico, Galanti paints a less rosy picture. “The utilization has not set the world on fire in terms of where it’s trending,” he said.

“Costco’s strong earnings prove customers have been loyal in spite of changes to the in-store experience over the last year, but there’s room to grow for the brick-and-mortar retailer as the pandemic has dramatically shifted the grocery shopping experience,” said Sean Turner, CTO and co-founder of Swiftly. “Costco is winning with its nationwide network of physical stores but lacks a compelling digital storefront and connected presence online. Today, Costco’s ecommerce sales are less than 4% that of Amazon. Costco needs an effective and cohesive digital strategy that combines all the different ways shoppers can purchase from Costco, (online and in-store), and includes the value and savings that shoppers can find by making a trip to the warehouse that makes Costco unique.”

Yet others like Placer.ai’s Chernofsky, see Costco winning with or without e-commerce.

“There are many brands that saw strength during the pandemic, but few have the same built-in mechanism to turn the short-term surge into extended success like Costco. The membership model creates a built-in incentive to shop at Costco and the brand has proven to be exceptionally good at providing a positive experience for consumers,” he said. “Additionally, a wider expectation of extended economic uncertainty and the membership growth during the pandemic should only add fuel to the fire. And all of this is without taking into account that Costco growth was essentially a given pre-pandemic.

“In a retail environment that is anything but zero-sum game, it is hard to envision a reality where Costco is not one of the biggest players,” he added.