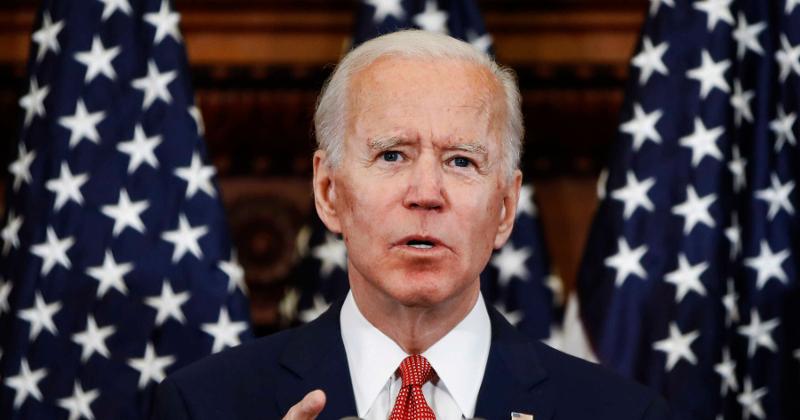 When Amazon opened its 825,000-square-foot, $325 million fulfillment center last March 29, it put Bessemer, Ala., on the map. The site may make history again, if workers at the facility vote to become the Seattle-based e-tailer giant’s first unionized workers in the U.S.

Numerous reports detailing frustrated workers at the site as well as what's been interpreted as anti-union messaging from Amazon, got the attention of President Joe Biden, who made an unprecedented address via YouTube on Feb. 28 to declare his administration’s support of workers’ rights to organize. The address, which referenced the workers in Alabama, did not mention “Amazon” specifically.

“I made it clear when I was running that my administration’s policy would be to support union’s organizing and the right to collectively bargain. I’m keeping that promise," said Biden. “It’s not up to me to decide whether anyone should join a union. … It’s not up to an employer to decide that either. The choice to join a union is up to the workers—full stop."

As to whether the workers in Bessemer, Ala., will vote to unionize, Biden called it “a vitally important choice” as America grapples with the deadly pandemic, economic crisis and a reckoning on race.

“There should be no intimidation, no coercion, no threats, no anti-union propaganda,” said the president, adding that what is needed is a “free and fair choice to join a union.”

The stakes are high on both sides, as the company and its employees await to see if a majority of workers at Amazon’s Bessemer facility will vote to join the Retail, Wholesale and Department Store Union (RWDSU). The National Labor Relations Board mailed out ballots on Feb. 8, and the 5,800 workers in Bessemer must mail back their ballots by March 29.

“Thank you, President Biden, for sending a clear message of support for the 'BAmazon Union' workers in Alabama seeking to bring the first union to an Amazon warehouse with the RWDSU,” said Stuart Appelbaum, president of the RWDSU, in a statement. “As President Biden points out, the best way for working people to protect themselves and their families is by organizing into unions. And that is why so many working women and men are fighting for a union at the Amazon facility in Bessemer, Ala.”

As Appelbaum notes, Biden’s address denouncing intimidation and anti-union propaganda in Alabama is clearly directed at Amazon, which has reportedly stepped up its anti-union messaging as the vote nears. “Amazon has mounted a fierce campaign against the RWDSU,” reports The Guardian, in a story detailing the warehouse workers’ grievances.

The Guardian further reports that Amazon texts “several anti-union messages each day to workers.” A photograph of one of the anti-union signs Amazon has reportedly posted in bathroom stalls at the fulfillment center also appears in the story. The sign reads: “Unions Can’t. We Can. As an Amazon associate, you already have great rewards and benefits. Remember everything you already have without giving any of your hard-earned money to the RWDSU.”

Biden isn’t the first member of government to speak out on behalf of workers’ rights to unionize. In early February, Congressman Andy Levin, member of the House Education and Labor Committee, along with 50 congressional colleagues sent a letter to Amazon CEO Jeff Bezos to express their support for the Amazon workers who seek to organize a union with the RWDSU.

“We urge Amazon to take this opportunity to recognize the true value of your workers to your company’s success, and to treat your employees as the critical asset they are, not as a threat to be neutralized or a cost to be minimized,” wrote Levin, adding, “Amazon’s profits have soared by 70% over the last year thanks in significant part to the hard work of your employees. They have put in long hours and risked their own health during the COVID-19 pandemic to meet increased demand, and they deserve to share in the success they have made possible.

“Your employees have the right to join together to bargain collectively for a voice in their workplace, and to vote to establish their rights to negotiate,” he wrote. “They also deserve to receive the compensation, benefits and respect that reflect their true value to the company.”

Amazon is also getting heat for its “Pay to Quit” initiative that offers associates up to $5,000 to resign once each year in February. Bezos, who launched the program in 2014, explained it in a letter to shareholders at that time, saying the goal was “to encourage folks to take a moment and think about what they really want.” In the long run, wrote Bezos, “an employee staying somewhere they don’t want to be isn’t healthy for the employee or the company.”

But while the program, now called “The Offer,” has been in play for nearly seven years, some are calling Amazon’s promotion of the opt-out in Bessemer a tactic to remove disgruntled workers, who may be more inclined to unionize, before the vote.