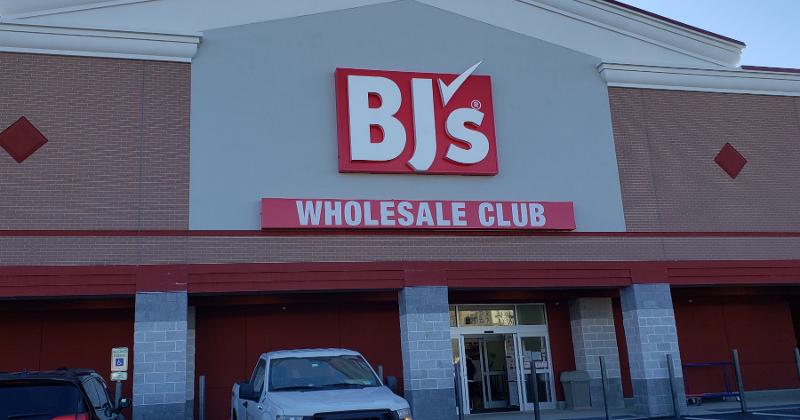 BJ’s Wholesale Club, which surprised itself with second-quarter sales figures that were considerably better than forecast only a few months ago, is using that momentum to get in front of concurrent challenges in the supply chain and the labor market.

The Westborough, Mass.-based wholesale club, cycling enormous sales gains attained during the pandemic a year ago, said comps, excluding gasoline, dipped by 3.4% in the 13-week quarter that ended July 31. Officials reviewing first-quarter results in May had prepared the market for a 5% comp drop in the quarter and 10% for the fiscal year but the sales outlook brightened considerably as renewed consumer worries over the pandemic and rising gasoline and retail prices—along with strong internal execution against its strategies—helped BJ’s to retain the members that joined last year at a better rate and continue to absorb benefits of a prolonging trend among consumers to work and eat in their homes.

“Overall, we are incredibly proud of our results,” CEO Bob Eddy told analysts in a conference call discussing quarterly results, according to a Sentieo transcript. “We capitalized on the current environment and delivered record results. Our performance exceeded our internal plans across all key metrics, increasing our confidence in the balance of this year. While there continues to be a tremendous amount of uncertainty, our ability to retain members and market share has been strong, and we continue to execute at the highest levels.”

The resurgence of the virus and resulting effects on plans to go back to work will likely keep food at home consumption high for longer, Eddy added, saying additional federal stimulus money like the Child Tax Credit was another trend in its favor.

“Offsetting those tailwinds are uncertainty around inflation and inventory availability and the expected decreases in unemployment funding. When we mix all that together, our current view of the back half sales trend has improved from what we thought it would be at the end of Q1,” he said.

“The Best Team on the Field”

The trends lifting food shopping—grocery comps declined by 4% in the quarter as they cycled 25% gains last year for a two-year lift of 21%, and gained market share in some categories, officials said—are accompanied by continued challenges facing the supply chain, product pricing and the labor market.

These challenges prompted BJ’s to take a more proactive approach, Eddy said. The chain made an $8 million investment in higher pay and bonuses for workers during the quarter—and said it would devote about $30 million toward that and COVID-related health and safety costs in the second half of the year. Eddy described the wage investment—which brought the average hourly salary well above $15—as the largest such investment in the history of the company.

“We’ve chased the market for a while, trying to manage what we pay our team in the context of our greater P&L. But I get paid to run the business for the long term,” Eddy said. “I believe you’re only as strong as your team, and we need the best team on the field every day. Wages are a big component of that. And this year has been an incredibly dynamic labor market for us, as every industry really is suffering some sort of a labor shortage to one degree or another.”

A bottled supply chain—which primarily affected imported general merchandise goods—has now spread to domestically sourced categories such as poultry, pet food and juice and is contributing to an inflationary environment Eddy called “the most aggressive I’ve seen in my career.” Here, he said, BJ’s was willing to absorb near-term margin pressures by passing along its cost increases slowly—particularly in fast-moving items—so as to show value to members and widen gaps vs. conventional competitors.

“Inflation isn’t a bad thing for our company or for our industry,” he said. “Typically, it has allowed us to widen our price gaps against grocery. But it does take some time for that to sort its way out.

“The primary product that we sell isn’t paper towels or perishable food, it’s memberships,” he continued. “And the key thing about selling memberships is you need to show great value. … In an inflationary environment, that means we probably lag pricing, particularly on key value items as we go. That was true in 2008, last time we had an inflationary environment, and it’s true today. We will always lag key value items just to make sure that our members see that great value every single day. That’s probably tough from a margin-rate perspective in the near term. It’s great for us in the long term. And so we’ll continue to do that.”

Eddy said BJ’s would continue to look to open more new locations, confident that performance and membership growth at newly opened markets in places such as metro Detroit and Pensacola, Fla., are demonstrating the opportunity.

Clubs are expected to open later this year in Port Charlotte, Fla.; Commack, N.Y.; Lansing, Mich.; and two units in Pittsburgh, which would be a debut market for BJ’s. The club expects to open as many as 10 new sites in 2022.

BJ’s is also adding gas stations to new and existing units, with nine new stations expected to open this year, bringing gas to about three-quarters of its 222 clubs. In the quarter, both gallons and comp sales in gas were up by 25%. Including gasoline, total club comps increased by 4%.

“Since gasoline is likely the best example of a key value item, our price signs are on every corner,” Eddy said. “It’s easy for us to show outstanding value. And when we pair the gasoline business with the club, it drives tremendous loyalty. Members who shop us for gasoline renew at much higher rates, and their gasoline purchases keep BJ's top of mind for additional shopping trips in the club.”

Digitally enabled sales—primarily store pickup—grew by 4% in the quarter, on top on 300% in last year’s second quarter.

Net sales grew by 5.6% to $4.09 billion; including a 5.6% increase in membership fees, revenues totaled $4.18 billion, or about $380 million more than Wall Street had anticipated. Excluding the gasoline business, merchandise gross margin rate increased by 30 basis points driven by improved private label penetration and sales mix, offset in part by price investment and increases in freight and distribution costs.

Quarterly net income was up 4.1% to $106.6 million, 80 cents per share—15 cents above consensus estimates. BJ’s stock, which reached all-time highs leading to the report Aug. 19, was up by nearly 4% in midday trading.