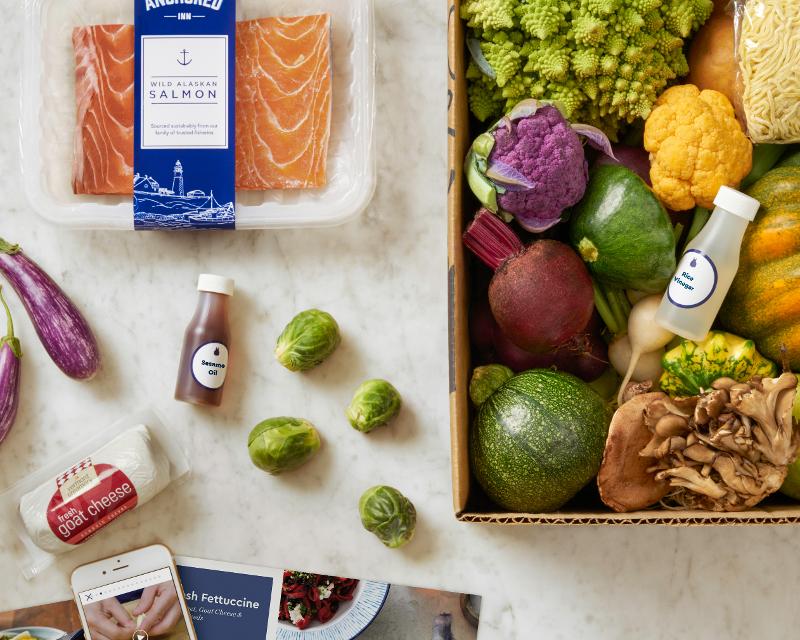 Online meal-kit provider Blue Apron reported an $87.2 million loss in its third quarter ended Sept. 30, as its sales growth slowed concurrent with a sharp reduction in marketing, while costs increased to build out a new fulfillment center and expand its product offerings.

The results continue a rocky financial performance for Blue Apron, which is struggled to maintain growth while it reels in costly efforts to acquire customers. The company also said that its losses would likely be larger than expected in the current fourth quarter as it absorbs expenses associated with a 6% reduction in its workforce and the decision to abandon plans to develop a new fulfillment center in California.

The earnings announcement came the same day rival Hello Fresh Group held its initial public offering on the Frankfurt stock market, selling 31 million shares. The IPO resulted in a market capitalization more than twice that of Blue Apron, which has lost more than half its value since its IPO in July.

“I want to reinforce that we continue to be extremely focused on operational improvements and determined to minimize the financial impact these issues have on the business, while simultaneously executing on our strategic initiatives to drive long-term growth,” CFO Brad Dickerson said in a conference call.

Blue Apron’s revenues in the quarter improved by 3% to $211 million after nearly doubling in the third quarter of last year. The slowing sales growth reflects a 31% year-over-year decrease in marketing spend, reducing marketing as a percent of sales to 16% from 24%.

Average revenue per customer increased 8% year-over-year from $227 to $245, as its mix of sales rested more heavily on existing customers. The company also saw sales revenues increase through new product offerings.

The loss was driven by higher costs associated with the launch of a new facility in Linden, N.J., as well as the expanded product offerings. The Linden facility replaces a center in Jersey City and is capable of facilitating the expanded product selection, officials said. Concurrent with cost reduction efforts the company said it had decided against proceeding with the build-out of a fulfillment center in Fairfield, Calif., and will rely instead on its current facility in Richmond, Calif.

Hello Fresh, founded in Germany, does about 60% of its sales in the U.S. Its most recently reported sales figures indicate revenues grew by 49% over the first six months of the year to 435.4 Euros, or about $507 million U.S. The firm recently appointed Tobias “Tobi” Hartmann as president of its North American operations. He is based in New York.

According to reports, Hello Fresh shares were trading about 3% higher than its opening price on the Frankfurt exchange.