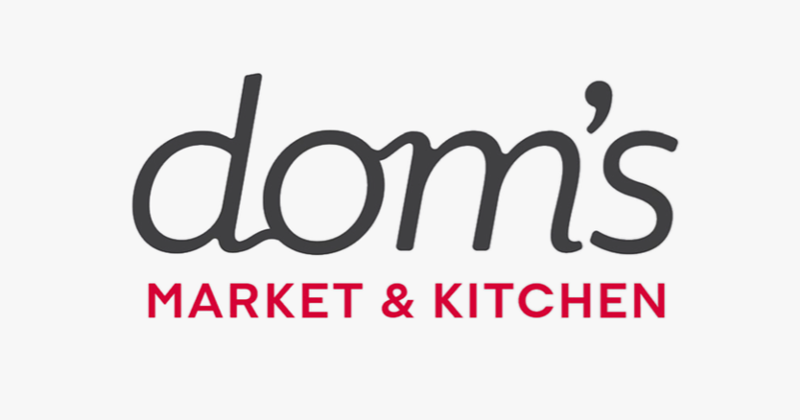 Bob Mariano, who previously headed Dominick’s Finer Foods and later created the Mariano’s concept, is returning to the industry with a new concept: Dom’s Market & Kitchen. The first store is slated to open in March 2021 in Chicago’s Lincoln Park neighborhood, an affluent area that will be a prime audience for the concept’s combination of shopping, restaurant dining and home delivery.

The small format store will reportedly feature an open kitchen that will prepare meals for dine-in or take home,  specialty foods in-store and delivery for groceries and meal kits. Locations will be situated in urban neighborhoods. The store will focus on “busy consumers who want the option to cook at home, take out quality prepared foods or eat on-site. Consumers can expect pickup, delivery and a differentiated shopping experience,” according to a statement released by the startup.

Funding of the concept comes from a $10 million investment from two Chicago-based venture capital firms, Valor Siren Ventures and Cleveland Avenue. Mariano will head the new company as president and be joined by former colleagues and fellow industry veterans: Jay Owen as CEO, and Don Fitzgerald, who will oversee operations. Owen is the grandson of the now defunct Dominick’s founder Dominick DiMatteo, and Fitzgerald is a former executive of Roundy’s.

“Dom’s will be a neighborhood destination where consumers can drop in several times per week, explore new foods, watch the cooking process in open preparation areas, participate in a wine tasting class, dine in or take home prepared foods or cooking ingredients,” Owen said in a news release.

This will be Mariano’s second foray in developing a new grocery concept. After rising through the ranks at Dominick’s—becoming CEO in 1996—he left the company after Safeway acquired it in 1998. Mariano was then named CEO of Milwaukee-based Roundy’s in 2002 and spearheaded the launch of the Mariano’s banner in 2010, again based in Chicago. Roundy’s was subsequently acquired by Kroger in 2015, and Mariano announced his retirement the following year.