A panel of two influential former grocery CEOs—and an up-and-coming third—agree on the potential for the industry to realize long-term benefits as a result of consumer behavior changes during the global coronavirus pandemic. But their optimism comes with caveats related to the pace of change grocers themselves need to make to fully realize them. 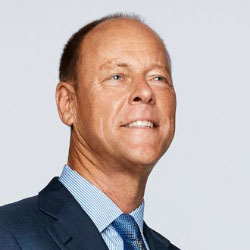 “This COVID throws a curveball every day, and it’s requiring grocers to adapt to that situation, whether it’s inventory levels with SKU rationalization, whether it’s to help the workers with the health factors, the fact that there’s fewer trips, all these things,” said Walter Robb, the former Whole Foods Markets co-CEO, speaking in an online panel discussion this week. “It’s highlighted that, and puts the food system square in the middle of the lights in terms of what’s good and what’s not so good. And I think grocers have done a fantastic job. I think we realize just how essential the food system is, and what the things are that we need to work on.” 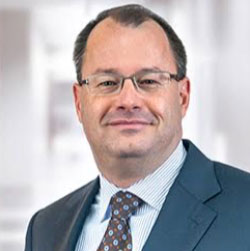 The panel, organized by the retail technology investor XRC Labs and R5 Capital, the economic consumer research firm, also featured remarks from former Tesco and Ahold USA CEO James McCann, who today runs a retail investment firm, and Pradeep Elankumaran, the technologist who founded the upstart internet grocer Farmstead. The panelists agreed generally on the profundity of the abrupt shift of hundreds of millions in food spending from the restaurant to the retail channels that came with the imposition of national stay-at-home orders in March and new shopping habits that have emerged from it—a notion backed up by consumer data presented during the event by R5’s founder and managing partner, Scott Mushkin. 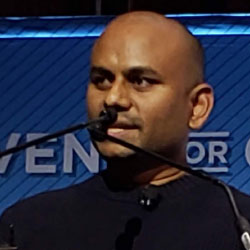 These behavior changes—which have included a significant acceleration in online grocery shopping—will require retailers to navigate near-term consumer economic strain and answer long-term questions about the efficacy of their stores and their approach to virtual shopping. In other words, they need to keep hitting curveballs.

How Stores Will Change

Robb, who departed Whole Foods as co-CEO in 2017 after nearly 30 years at the pioneering natural foods grocer now owned by Amazon, expressed concern for effects of the reduction in store traffic and an associated de-emphasis in store merchandising, that have come with pandemic. He also confessed a personal connection to the contagion: He was hospitalized earlier this year with the coronavirus, and has since recovered.

“One thing we’re seeing across all retailers is less trips. And in retail, the trip is precious, just precious. And they have stepped back significantly. The basket is gone up to counter that, so it was supposed to come out even. But the nature of it is that with the way the store is set up now, it becomes more transactional. There’s much less of a value in merchandising, etcetera, because folks want to get in and get out. And so, you know, whether it’s the reduction of SKUs or whether it’s the fact that you’re flattening or spreading out your displays or whatever, I think, the advantage of physical stores that from a merchandise perspective, particularly a retailer like Whole Foods, is minimized as a result of this.”

Stores need other changes too, McCann argued, pointing to a need for grocers to find a solution for inefficient center aisles that are already rapidly moving to online channels.

“I think that by 2030, the center aisles the way they are today … will have disappeared,” McCann predicted. “I think that it’s such an inefficient and unpleasant process for both the associates working in the stores and for the customers. It’s going to be rethought.”

McCann said a combination of customer preordering and microfulfillment in stores would go a long way toward that end, “and retailers, they're going to realize that they can take 10% of costs out and give the customer a massive financial incentive. And as a result, center store models will disappear very quickly across many, many retailers. Anything that’s bulky, heavy or boring that does not have to be picked up and put on a shelf, then picked up by a customers and put into a cart, then manually scanned at the front of the store: It’s a completely stupid thing.”

Elankumaran, however, expressed some skepticism as to whether grocery retailers can truly commit to online and still satisfy store shoppers.

“If you’re relying on 1,000 trips a day from someone in a 3- to 5-mile radius, then you’ll do everything possible to structure your stores that way,” he said, referring to the typical physical grocery plant. “But if those people disappear and turn into delivery customers, your store is the cause of that.”

The online shopping growth is coming with its own growing pains exposed during the pandemic, Elankumaran confessed. At Farmstead, the onset of the shelter-in-place orders sent demand from fewer than 1,000 orders a day to 5,000 “and we weren’t set up for that. I don’t think anyone in the industry was set up for that kind of a surge.”

Farmstead set up a waiting list that Elankumaran said prioritized immunocompromised shoppers to meet the immediate crisis but noting “the customers on your doorstep,” signaled the potential for much further online growth—and exposed the current limitations for physical and internet grocers to meet them.

“The overall capacity for delivery slots for 130 million households is quite small right now. By my estimation there are between five and seven and a half-million,” he said. “So we’re kind of in a tough spot.”

The App Is the New Store

Grocers throughout the U.S. are relying on third-party services such as Instacart to take the near-term heat off, but the panelists were skeptical for the longer term, citing the oft-advanced concerns of data and even trade-fund competition.

“I think there’s a very, very challenging period with the grocers coming, because while many of them are highlighting their very rapid e-commerce growth, the dirty little secret under the covers is that 70% to 80% of that growth on delivery is coming from Instacart. And it’s potentially not even their sales because they're just moving along the supply chain. They provided a service to Instacart. I think it's a huge issue for the industry and we’re going to have to face into it.”

Robb, who was with Whole Foods when that grocer became Instacart’s first high-profile partner, said Instacart “put us in that [e-commerce] business overnight,” but added, “if you don’t capture the data on your customers and know who they are, what they’re buying and be able to look at their basket adjacencies and the analytics, then you’re breathing in the dark in terms of growing business.”

Whole Foods and Instacart have since unwound that partnership.

Elankumaran described retailer mobile apps “as the new stores,” saying both Albertsons Cos. and Kroger “have pretty decent ones.

“And for those apps to start getting a lot more performance from a unit economic standpoint, they have to be backed by better in-store operations. And the technology that powers in-store operations is also catching up," he said. "So that is a moment in time in the future where a grocer can actually put together a decent enough solution to replace most of what Instacart is doing, and maybe even add additional capacity beyond the 150 to 200 orders going out a day. The challenge is doing it well.

“Our thesis is that yes, you can get to maybe a little bit better than breakeven economics when you do this in-house. But if you really want to drive from that 2% to 3%, now that you see in a big supermarket chain to something closer to 10% or 15%, that you have to go down the path of first, you'll go to your own stores. Then you go to dark stores, then eventually into a warehouse.”

Much Rides on the Economy

In the near term, Robb predicted the coming months—sure to be affected by the evolving and still unresolved coronavirus crisis—would paint a clearer economic picture for U.S. consumers and could resemble the 2008-2009 recession that at Whole Foods, helped to trigger a 10-point increase in private brand sales.

McCann contended this shift could be a positive one for U.S. food retailers that invest properly in private brands, noting their ability to distinguish the retailer. To this end, the surge in CPG sales that came with the onset of the crisis could be short-lived, the panelists said.

“I think that people still love their brands,” said Robb. “And we’re seeing that with respect to pivoting back to comfort brands, [and] some of these CPGs we thought were dead come back alive, and consumers embracing them because they feel good. But if in fact the economy becomes more challenging in the back half of the year, I would expect based on what we’ve seen before, the customer’s going to push a few more dollars into the private label as well, to get more value for their money.”

“We have spent a lot of time with mid-market shoppers … the people that shop with the Safeways and Krogers of the world; sometimes they’re going to Aldi and sometimes they go to Whole Foods,” Elankumaran added. “For those folks, it’s really, can we get prices as low as possible? … If you can get the primary CPG brands that they know the price that they’re looking for, they are more than happy to purchase them.”

In a brief review of recent consumer survey data, Mushkin demonstrated how trends bode well for the supermarket space in the near and longer term. “The pandemic has led people to rediscover their local grocery store,” he said, noting 34% of the study panel said they were at them more as a result of the pandemic, second only to Walmart (50%) and well ahead of Costco, BJ’s and internet grocers.

The increase in the rate at which consumers say they are using, or intend to use, a delivery service to shop for household items in the meantime is “absolutely stunning,” Mushkin continued, noting those saying the currently use such a service jumped from 9% to 27.7% between 2019 and 2020; those with intentions to shop online soared from 12% to 24.4% over the same timeframe.