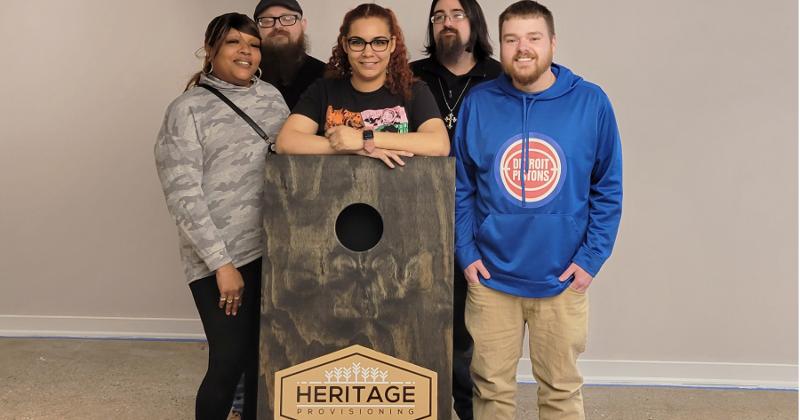 The United Food and Commercial Workers (UFCW) Local 951, which represents Michigan workers at Kroger, Meijer and other regional grocers throughout the Great Lakes State, announced that workers at Heritage Provisioning—a retail cannabis facility based in Battle Creek, Mich.—became the first such group to authorize union representation in West Michigan.

In an April 18 statement, UFCW 951 said 100% of the workers at the facility signed up to join the union and that a committee will soon start to bargain their first contract.

"UFCW 951 is committed to raising the standards for all workers in this unique and rapidly developing industry," John Cakmakci, UFCW 951 president, said in a statement. "I'm excited and hopeful this will serve as a pathway to expanding union coverage to include more workers in the cannabis industry."

Cakmakci said UFCW is looking forward to bargaining a contract that will give workers in the cannabis industry the “guarantees and protections in the workplace they deserve, along with competitive wages and quality healthcare.”

Heritage Provisioning is owned and operated by William McKenzie, CEO and co-founder of Left Coast Holdings, a company expanding with multiple dispensaries throughout Michigan. "We see our company values strongly aligned with those of the UFCW,” McKenzie said in a statement. “It felt like a synergistic move to partner with the union; creating a platform where people can get a good paying job that turns into a career."

In an industry known for high employee turnover, workers at the dispensary see UFCW 951 union representation as a step in the right direction. "I'm really excited to be a part of something bigger than just myself," Riley Boles, a worker at Heritage Provisioning, said in a statement. "My dad is a union member and I'm proud to not only become one also, but to make history as the first UFCW 951 organized cannabis facility."

With over 1.3 million UFCW members nationwide, Cakmakci is hoping this will serve as a pathway to “expanding union coverage to include more workers in the cannabis industry."

On April 14, Robert Branton, VP of operations for Kroger's Ralphs banner, said the grocer “is pleased our associates ratified the agreement and recognized our continued investment in their success.”

Branton said the agreement comes after “thoughtful and productive work by both the company and union bargaining committees.”

Ralphs said in a statement that the agreement with UFCW union locals includes significant wage increases over the next three years, enhancements to the health and welfare benefits package and a stable pension for retirement. “This contract is an affirmation of our commitment to providing a competitive total benefits package for our associates and further establishes Ralphs as a great place to work,” Branton said.