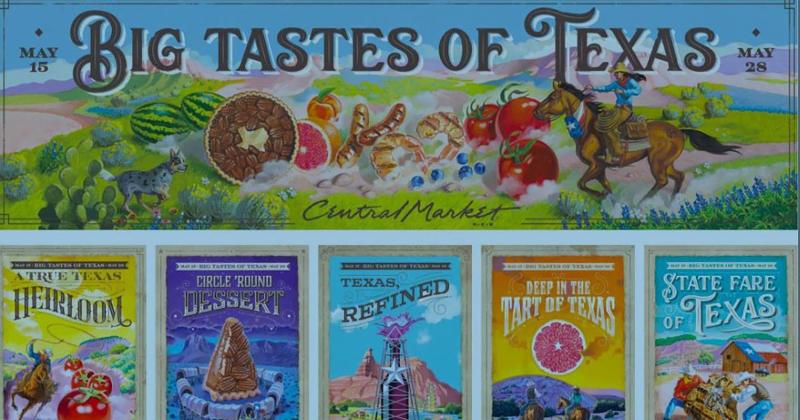 To celebrate its Texas heritage and its native food, products and chefs, H-E-B’s Central Market division is gearing up for the “Big Tastes of Texas” in-store event set for May 15-28.

During the two-week effort, Central Market stores in Fort Worth, Dallas, Plano and Southlake, Texas, will be brimming with unique products and stories from Texas farmers, growers and entrepreneurs all across the state.

Central Market worked with its creative agency, RBMM, to enlist Dallas-based artist Ernesto Pacheco, who painted each poster and banner scene for the event. Pacheco, who previously developed creative for Budweiser, PepsiCo and a variety of other Fortune 500 clients, used acrylic and then digitized the art, followed next by placing text on each of the Big Tastes of Texas posters.

A lineup of products that Central Market will showcase during the Lone Star State food event includes many fresh food items, such as:

The retailer will also host Big Tastes of Texas cooking classes at all locations during the event.