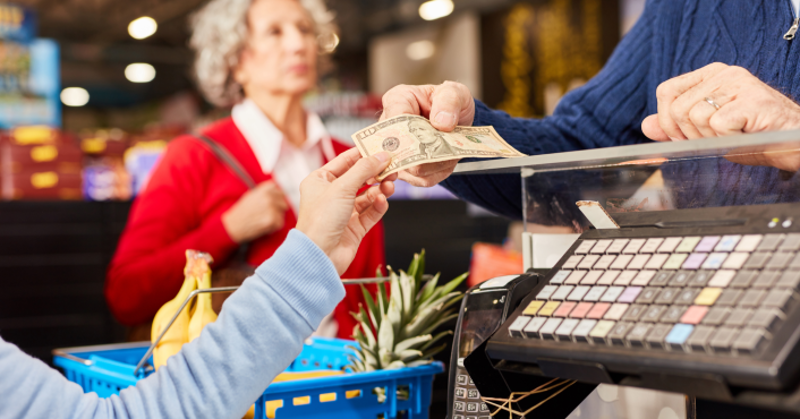 Consumer sentiment skidded in early January to its second-lowest level in a decade, according to the University of Michigan's latest consumers survey.

Moreover, consumer sentiment so far in January is down nearly 13% from year-ago levels. Consumers' assessment of current economic conditions (73.2) sits significantly above their near-term expectations for the economy (65.9), although their view of the present landscape has fallen more sharply over the past year than their economic outlook has.

What's dragging down sentiment? Concerns about surging COVID-19 cases and the labor and economic pressures tied to the ongoing pandemic are a factor, but accelerating inflation appears to be having a bigger impact, according to Curtin. Three-quarters of consumers in early January said inflation was a bigger problem facing the country than unemployment, the survey found. Going forward, "The most crucial and difficult task will be defusing the developing wage-price spiral," Curtin wrote.

Notably, some 40% of consumers with household incomes in the bottom third of all consumers said they're worse off financially than they were a year ago. Overall, 33% of consumers reported being in worse financial shape than at the start of 2021—that's higher than the 32% who said the same in April 2020 and the worst reading since 2021, noted Richard Curtin, the Survey of Consumers chief economist.

Still, even more-optimistic consumers surveyed this month were more likely to expect bad economic conditions than good in the year ahead, he added, with confidence in government economic policies at its lowest level since 2014.

In a paper earlier this week, Curtin noted that consumers' economic expectations are now shaped far more by their political affiliation than they used to be, with the gaps between Democrats and Republicans in their economic outlook doubling from the Bush and Obama administrations to the Trump and Biden administrations. Further, "Partisanship now dominates the more traditional income and age relationships," Curtin wrote.