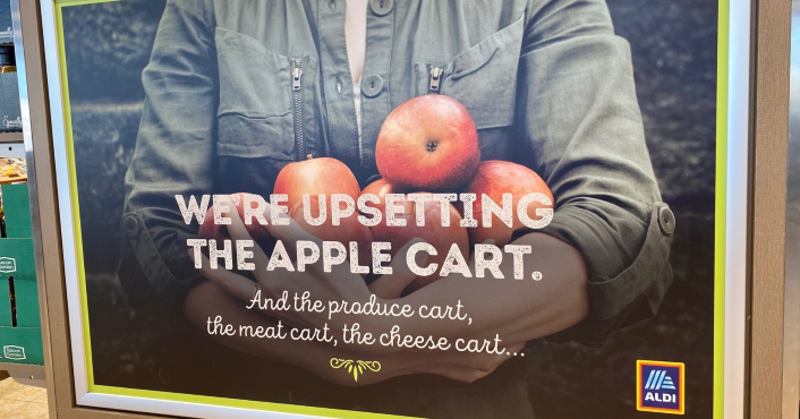 Market analyst Coresight Research predicts 3.3% growth for the grocery industry in 2022, down from 4.5% in 2021, as a wider return (again) to restaurants, offices and entertainment venues cuts into the number of meals that consumers prepare and eat at home.

That said, consumers still aren't likely to dine out as frequently as they did before in the "before times," Coresight finds, as the rising price of restaurant meals—and a pandemic-prompted honing of meal-prep skills—makes at-home dining one of the stickier trends to emerge from the COVID-19 pandemic.

"Food-at-home spending will likely retain some portion of redirected food-away-from-home dollars in the long term," Coresight researchers wrote in the company's latest deep dive into grocery retailers. On the inflation front, the higher cost of eating out—with prices at limited-service restaurants 8% higher in January than they were a year ago, beating overall inflation in the U.S. economy as well as inflation within grocery—may "encourage price-conscious shoppers to continue spending in food retail rather than switching back to foodservice in the near term," they wrote.

Indeed, Coresight noted that its U.S. Consumer Tracker analyses in recent months have found more than a quarter of survey respondents saying they're buying more groceries than they were before the pandemic. In addition, every month since August, consumer spending on groceries has been at least 20% higher than it was two years before. Accelerating inflation has played a not-insignificant role in that higher spending, and Coresight noted that although the U.S. Department of Agriculture expects inflation to moderate to between 1.5% and 2.5% year over year for 2022, consumers feeling the pinch now may turn increasingly to discounters and low-price leaders, at the expense of conventional grocers, to help keep food spending in check.

"We believe grocery discounters such as Aldi and Lidl will continue to exert margin pressure on retailers, since these retailers will attract inflation-impacted price-sensitive customers while rapidly expanding their brick-and-mortar store fleet," the report's authors wrote. Walmart, which accounts for around 20% of U.S. grocery sales, according to Coresight, also stands to benefit. Walmart also holds the advantage of being the country's most widely shopped physical retailer, with 65% of Coresight survey respondents saying they had bought groceries at a Walmart store in the past 12 months. "In comparison," Coresight noted, "31.4% of respondents said that they made online grocery purchases at Amazon."

Amazon's physical store expansion, meanwhile, could meaningfully affect the landscape in the country's "highly fragmented and regionalized" grocery markets, Coresight suggested. With an emphasis on lower prices relative to some conventional and midmarket retailers but a wider assortment of national brands than pure-play discounters, Amazon Fresh "poses a more serious threat to traditional retailers," researchers wrote. Built with omnichannel shoppers in mind and equipped with features such as smart carts and, increasingly, the retailer's Just Walk Out technology, Amazon Fresh can appeal on a proposition of value and convenience for "low- and middle-income shoppers who don’t frequent Whole Foods Market, as well as high-income customers looking for a bargain," according to Coresight.