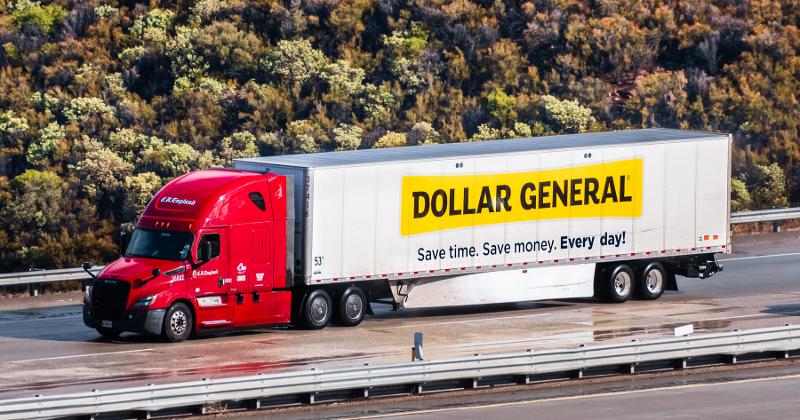 Dollar General officials said the discount chain continued to perform at a high level despite encountering inflated sales and profits from a year ago and facing increasing cost pressures due to rising product price inflation, freight and transportation.

Sales, comps and gross profits at Goodlettsville, Tenn.-based Dollar General all declined in the second quarter ended July 30, although by less than analysts had anticipated. Investors however, sold on a forecast that increased top-line sales expectations for the fiscal year but only increased earnings guidance from the bottom end of a previously announced range. Its shares were down by 3.5% in late afternoon trading following the Aug. 26 announcement.

Expansion in Grocery … and Drug?

Speaking with analysts in a conference call, Dollar General CEO Todd Vasos said costs were on the rise behind higher freight and product costs but described those pressures as “transitory” in nature and mitigated to a degree by progress on ongoing strategic initiatives, including its move to self-distribute frozen and refrigerated foods, cost savings from its Fast Track program and further expansion in the areas of fresh food, new formats and health care—areas Vasos said held promise in further distinguishing the resilient discounter, particularly as it transitions beyond effects of the COVID crisis.

“We believe we will ultimately exit the pandemic with a larger, broader and more engaged customer base than when we entered it, resulting in an even stronger foundation from which to grow,” Vasos said, according to a Sentieo transcript. “Overall, our second quarter results reflect strong execution across many fronts as we continue to strengthen our position while further differentiating and distancing Dollar General from the rest of the discount retail landscape.”

The crisis has had mixed effects on the dollar channel. While core customers have benefitted from stimulus payments meant to blunt the pandemic’s economic impact, a concurrent trend among shoppers to consolidate trips has meant store traffic has been more difficult to come by. Outstanding results from wide-assortment big-box rivals like Walmart and Target in the meantime indicate they may be gaining market share over a similar period. Dollar General said this week that margins dipped in the quarter in part because its sales mix trended toward less profitable consumable sales after more than a year of results headed in the other direction. Apparel comps fell the most among its sales categories.

Dollar General officials noted however that navigating the downsides of these trends have highlighted benefits of ongoing initiatives to broaden its appeal among core shoppers, and eat into share of competitors in grocery and drug. These include DG Fresh, the company’s recently completed transition to self-distribute refrigerated and frozen foods; and the Non-Consumable Initiative that’s raised shopper excitement around rotating offerings of affordable non-food goods and more recently spawned the promising pOpshelf format. The company is now making early moves to further establish its stores as health-care destinations, highlighted by the recent appointment of a chief medical officer.

“We’re pretty excited about what this health care initiative could hold,” Vasos replied when asked if pharmacy partnerships were forthcoming. “But I want to caution everybody, this will be a journey over many years. But what we’re going to be squarely focused on here is … those services that rural America, today especially, doesn’t have access to. We talk a lot about grocery deserts or food deserts. There’s equal health care deserts out there across the U.S., and we’re in all of these communities. … We really know that there’s an opportunity for these services.”

Completing DG Fresh—12 distribution facilities are now shipping to all of Dollar General’s 17,500 stores—in the meantime opening the opportunity to explore a similar opportunity in fresh food. “We believe DG Fresh provides a potential path to accelerating our produce offering in up to 10,000 stores over time as we look to further capitalize on our extensive self-distribution capabilities,” said Jeffrey Owen, Dollar General’s chief operating officer. Fresh produce is currently available in in more than 1,500  Dollar General stores, or less than 10% of the chain’s stores.

Mike Wytinski, CEO of Dollar Tree, began discussion of that’s chain’s second quarter financials with a sobering update on how rising freight costs and worsening supply-chain bottlenecks have hampered performance at the parent of Dollar Tree and Family Dollar stores even more than officials had anticipated.

Particularly for its $1 price point marking its Dollar Tree stores, the Chesapeake, Va.-based retailer relies heavily on imported goods. The company had previously anticipated that a slow supply chain would be able to fulfill 80% of Dollar Tree’s orders; now that figure is in the 60% to 65% range.

“This shortfall is caused by a variety of factors such as equipment shortages, equipment situated in the wrong location, significant backlogs and delays in both China and U.S. ports, outbreaks of COVID causing labor shortages or closure of entire terminals and the lingering effects of the Suez Canal blockage,” he said. “To give you a real-life example of the kinds of challenges we’re seeing, one of our dedicated charters was recently denied entry into China because a crew member tested positive for COVID, forcing the vessel return to Indonesia to change the entire crew before continuing. Overall, the voyage was delayed by two months. With the current pressure on carriers, once disruptions in the supply chain occur, there is not enough capacity to make it up.”

As a result, comps suffered more than expected at the Dollar Tree banner in the quarter, falling by 0.2%, while negative 2.3% comps at the multi-price point Family Dollar chain were better than expected.