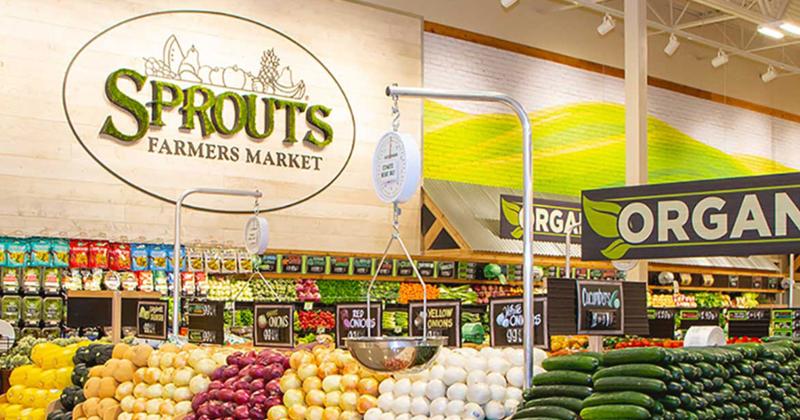 It was only an observation, not a prediction, but an interesting one nonetheless.

Bill Kirk, an analyst following Sprouts Farmers Market for MKM Partners, believes the conditions could be right for a sale of the natural food merchant.

“Changing strategy is hard with some of the short-term horizons the public investors put on companies,” Kirk told me in an email last week. “Sprouts has to sacrifice a little of the short term to make the right long-term decisions. Meanwhile, for how strong the brand is, it’s a rather inexpensive asset.”

According to an analysis prepared by Kirk he described as a “thought experiment,” Sprouts is approaching what Kirk called the “most active” strategic and financial acquirer multiple, based on historic industry merger deals.

The multiple metric, known as EV/NTM EBITDA—or enterprise value over forecasted earnings before interest, taxes, depreciation and amortization—is a tool comparing the value of a company, including its debt, to its forecasted earnings excluding non-cash expenses, expressed as a “multiple.”

Kirk’s assessment of Sprouts places its multiple at about 7.3x (other analyst estimates may vary) and so in the ballpark of a variety of other deals in the supermarket space, including Apollo Global Management’s 2016 acquisition of The Fresh Market (about 6.9x); Onyx Capital’s acquisition of Save-A-Lot, also in 2016 (about 7x); and Apollo’s purchase of Smart & Final in 2019 (6.5x). Strategic precedents include Kroger’s acquisition of Harris Teeter in 2015, at about a 7x multiple, Kirk noted.

It’s not unusual for companies undergoing transition to seek private ownership as a means to ease the quarterly scrutiny of demanding public investors. And in Sprouts’ case, there is a particularly wide divergence of opinion as to where it may be going. Analyst “price targets” for Sprouts’ stock (or informed estimates of the share price at which a company is fairly valued in the future) range as low as $18 per share and as high as $43. Its stock closed Friday at $21.11 per share.

This relatively wide field between the bears and bulls speaks in part to the acres of potential outcomes for Sprouts as it radically refashions itself from a fresh-produce seller focused on leading commodity prices and expanding foodservice to a specialty merchant with intentions to highlight product attributes, all while the country overcomes a pandemic. CEO Jack Sinclair said the strategy contemplates a new target customer, eschewing “coupon clippers” for “health enthusiasts and experience seekers,” and includes a forthcoming new store format to serve them that will be smaller and more efficient to operate, swapping out elaborate service delis for “innovation centers” where customers can try new products while carrying about same number of SKUs (7,000) and retaining Sprouts’ heritage in produce. Elements of the new format will come as part a renovation this summer, with plans to debut a ground-up new format in Phoenix later this year, Sinclair said.

While early results of the transition have been promising on the profit line, there’s much that needs to be proven out still, for Sprouts (will the new store be as productive as imagined? What will it cost to win shoppers?) and for the industry (Will the trip consolidation trend ease? What effect will the reopening of the economy have and how might that impact the competitive landscape?) all while grocers encounter year-over-year comps almost certain to be negative.

All of this gets back to Kirk’s speculation that a go-private deal might make sense for Sprouts. He suggests, in fact, that Apollo—which had a spectacular run with Sprouts a decade ago—could have new interest. Apollo in 2011 acquired the chain, merging it first with Henry’s Farmers Market (an offshoot of Smart & Final, which Apollo also then owned) then acquired rival Sunflower Farmers Market. Those moves transformed Sprouts to scale and gained Apollo about 10 times its initial investment. The private equity firm has since acquired The Fresh Market, reacquired Smart & Final, and took a significant stake in Albertsons. Apollo likes grocery retail.

“We believe Sprouts would be most attractive for Apollo,” Kirk wrote in a note to clients last week. “The former owner of Sprouts could combine it with The Fresh Market and Smart & Final, and build West Coast scale, leverage new Southeast distribution assets and extend Sprouts' produce expertise across the assets.”

Another industry source told me last week that acquisitions are likely be a consideration this year for strategic players too as they “stare down the barrel of double-digit negative comps” and look for growth. Earlier this month we saw Price Chopper and Tops plan a get-together that could presumably attract additional Northeast regionals such as Weis or Big Y. And Sprouts, at least while the price is right and their peers have money, could be another target. As the source put it: “What traditional retailer wouldn’t want a fast-growing, exciting model with a brand that people love?”