To a grocery industry rattled by the disruptive effects of changing consumer shopping and eating habits, Joe Cavaliere has a message: Call your wholesaler.

Cavaliere, the newly installed chief commercial officer for C&S Wholesale Grocers, says the largest grocery wholesaler in the U.S. is subject to many of the same pressures that its customers face. Like them, C&S is at work on initiatives that can help, including most recently an ambitious expansion of its relatively small Davidson Specialty Foods division.

“We want to be our customers’ partners for growth,” Cavaliere said in an exclusive interview with WGB. “They have many places they can choose to invest, and capabilities they can buy. But we want to them to pick up the phone and call us first, because we can help them solve complicated problems and achieve their goals.”

Cavaliere joined Keene, N.H.-based C&S in September from Newell Brands, where he was president for nearly six years. Before that, he spent seven years as a top executive at Unilever and 21 years before that at Kraft. Officials said his appointment at C&S signaled the company’s move to enhance its focus on collaboration and innovation for the evolving grocery landscape. It also accompanied a new reach to the trade from C&S, a closely held private company that is arguably the quietest $27 billion business in America. 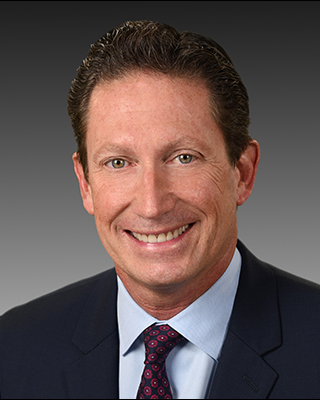 “My job is to expand our business, to grow it,” Cavaliere said, “and we're going to grow it by making sure our value proposition remains and we build on it to ensure a sustainable, competitive advantage in what we offer: lowest cost of goods, best services, best talent—really offering customers solutions to help them grow.”

Growth in a Stagnant Market

One way C&S intends to participate in that growth is by leveraging its Davidson business. C&S acquired the Newington, Conn.-based supplier of specialty, kosher and ethnic goods nearly three years ago and has begun expanding its offering and direct-store service capabilities beyond its New England base, Cavaliere said. Its categories, which Cavaliere refers to as NOSL (natural, organic specialty and local), are growing at three to four times the rate of the traditional grocery counterparts, so they are in demand by C&S’s conventional customers.

Davidson recently hosted a trade event to highlight emerging suppliers in the natural, organic and specialty fields and connect them with investment capital groups that can help them grow and scale. The event, called Up Next, was held in Chicago in partnership with Winona Capital and Cadent Consulting Group.

“What's going on is basically the grocery channel is declining, but when you look inside it the fastest-growing categories are these natural and organic and specialty categories, so what these companies offer is growth in a stagnant market,” Cavaliere said. “Today's consumers are expecting and demanding better products that are attuned to their need and diet.”

The Up Next event recognized some emerging brands that, according to C&S, demonstrated an ability to grow and scale beyond specialty confines. The premium pet food brand I and Love and You and the pumpkin seed snack SuperSeedz were named Best in Show; Perfectly Free fruit snacks were named Most Innovative; and SunFed Ranch deli meats were named Most Incremental.

There is no shortage of challenger food brands out there, Cavaliere acknowledged, so choosing the right partners is important.

“First and foremost, our buyers look at the quality of the product, and the track record the companies have in test markets or pilots," he said. "Is the rate of sale increasing month to month, showing repeat purchase and increased penetration?”

“We also look at the financials. Can we make money on it, can our customers make money it and is it fairly priced to the competitive set? Is this company going to be able to scale, and do they have the right innovation pipeline and marketing support to grow? Finally, who's behind the product? In a lot of these cases, you're investing not only in the product but in the people and teams behind it.”

A $27 billion wholesaler that derives about two-thirds of its sales from large chains, including brands such as Stop & Shop and Giant, C&S was said to be a runner-up in last year’s auction of rival wholesaler Supervalu. That company instead went to a New England rival, United Natural Foods, creating the framework for a hybrid conventional and specialty wholesaler that C&S is envisioning with Davidson. Cavaliere said that deal didn’t put additional pressure on C&S but was illustrative of the need for distributors to evolve industrywide.

While acknowledging the integration of its rival has provided opportunities to win accounts, Cavaliere said, “We’d prefer to win business not because they’re concerned about UNFI, but to win it on the basis of our value proposition.”

While wholesalers have been turning to one another for scale and synergies, winning the slow-growing and profit-thin food wholesale business over the long haul will also require a willingness to continually invest in innovation as a means to bring down costs. That formula, he said, is what built C&S.

“I think we’ve seen more change in the last five years than in the 20 years before that, and things will continue to change, so it’s the companies that are the most agile and able to skate to where the puck is going, rather than where the puck was, are the ones that will win,” he said.

“In my past jobs, C&S was a customer of mine, and I saw them grow from a small New England wholesaler 30 years ago to becoming the largest wholesale grocer in the country. They were able to do that because they changed the business model in wholesale grocery distribution. You don’t often think of wholesale grocery as a hotbed of innovation, but for [C&S chairman] Rick Cohen and his team, nearly every time they’ve grown, innovation has propelled them.”