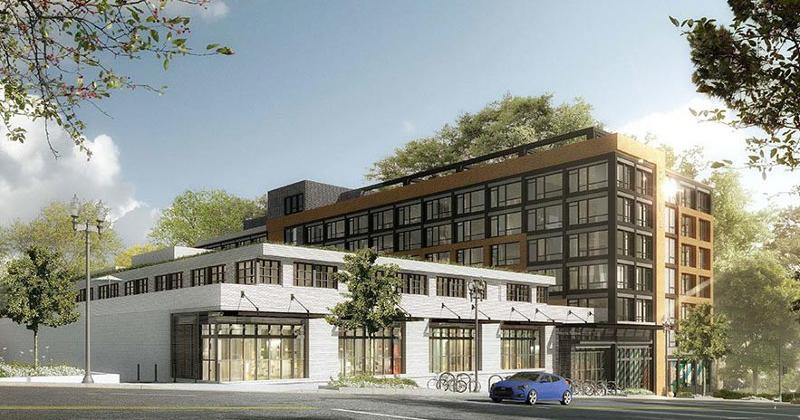 A Washington, D.C., neighborhood that abruptly lost a Whole Foods store two years ago is getting a pretty good compromise.

A Trader Joe’s is set to open July 19 in northwest Washington, D.C.’s Glover Park neighborhood near Georgetown. The site is only a few blocks from a longstanding Whole Foods store that closed to address a rodent issue in 2017 and has not reopened due to a related and protracted dispute with its landlord.

The Trader Joe’s opening is not directly linked with the ongoing issue with Whole Foods, but a community group that has rallied for Whole Foods’ return is cheering Trader Joe’s arrival.

Passionate plea's from neighbors "We want the Glover Park @wholefoods to reopen because..." The responses almost filled the entire fence line.  #ReopenGPWF@PoPville@wcp@TheGeorgetownr@nbcwashington@fox5dc@ABC7News@DCist@postlocal@marycheh@ANC3B@gloverparkpic.twitter.com/4UuAKexRcT

The dispute between Whole Foods and its landlord, Wical LP, began after the 20-year-old store was twice issued ordinance violations related to a rodent issue. Upon the second violation, in March 2017, Whole Foods sought a “complete and lasting resolution” to the problem by performing an extensive renovation, including demolition of walls and ceilings that it planned to combine with a major remodel. Wical, however, contended that it never signed off on the planned renovations. It then moved to evict Whole Foods when the store closure associated with the renovation lasted beyond a time period specified in its lease.

The parties subsequently sued one another and the store has been in legal limbo since. Recent reports indicated pretrial discovery is set to be complete next month. It is not clear whether Whole Foods intends to reopen a neighborhood store, but community groups have come out solidly on the side of the Austin, Texas-based grocer.

Trader Joe’s project, which is at a former hotel site about a quarter-mile down Wisconsin Avenue from the Whole Foods, has been in the works since at least summer 2017. Developer JGB Smith is at work on a residential building accompanying the store. A Safeway is located between them.