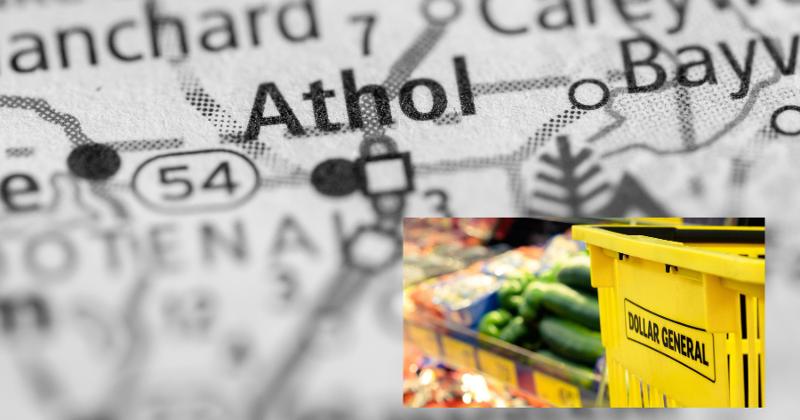 Construction has begun for what will be Dollar General’s first store in the state of Idaho, leaving only Hawaii, Montana and Alaska as states yet to host the little yellow discounter.

The store in Athol, Idaho, expected to open next spring, will mark the 47th state in which the discounter is establishing a presence. Athol is a small city in Kooteni County (Coure d’Alene MSA) in Northwest Idaho. Local food retail competitors include independently owned Super 1 Foods, supplied by U.R.M. Stores, and regional chains including Fred Meyer, owned by Kroger Co., and Winco Foods. Dollar Tree also has an area presence; the nearest Dollar General stores are in central Washington State.

“Dollar General is committed to helping customers save time and money on everyday essentials, and we look forward to bringing our convenience and value to Idaho shoppers,” Dan Nieser, Dollar General’s senior vice president of real estate and store development, said in a statement. “In addition to providing affordable access to Idahoans, we are equally excited to create new career opportunities for local residents. We look forward to welcoming new customers into our first Idaho store when the project is completed early next year and to continue serving customers and communities through our mission of Serving Others.”

As of July, Dollar General operated more than 17,600 stores. The Goodlettsville, Tenn.-based discounter plans to open more than 1,000 stores, remodel 1,750 existing units and relocate 100 stores during the current fiscal year. The company says about 75% of the U.S. population resides within 5 miles of a Dollar General store.

The arrival of Dollar General in a given area can spur economic growth, the company said, through the creation of local jobs, the generation of additional tax revenue for municipalities, increased accessibility of affordable items that households use most, and the ability for area not-for-profits, schools and libraries to apply for literacy grants through the Dollar General Literacy Foundation (DGLF). Since its inception in 1993, the DGLF has awarded more than $203 million in grants, helping more than 14 million individuals begin their journey toward literacy or continued education.