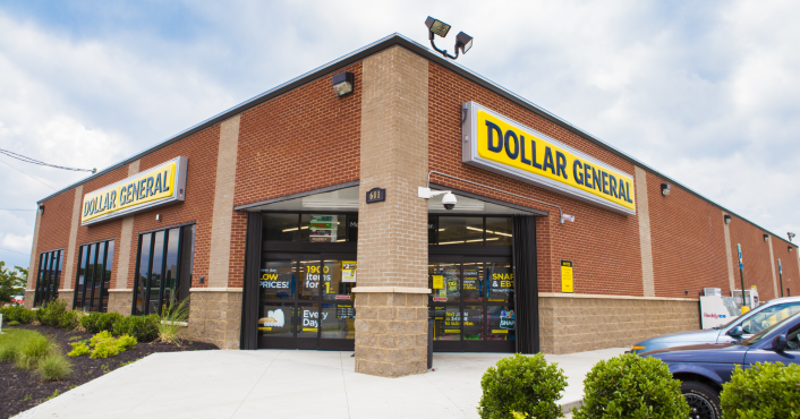 Dollar General is planning its first international expansion, with the Goodlettsville, Tenn.-based retailer saying Thursday that it aims to open as many as 10 stores in Mexico by the end of fiscal 2022.

The announcement of Dollar General's planned Mexico debut came in the company's fiscal 2021 third-quarter earnings release, in which Dollar General reported that same-store sales in the quarter slid 0.6% year over year but were up 11.6% on a two-year stack.

Net sales in the third quarter, which ended Oct. 29, increased 3.9% year over year to $8.5 billion on the strength of sales at new stores. An increase in basket size—and 5% sales growth for consumables—partially offset a nearly 11% slide in apparel sales and a decline in store traffic.

Speaking about the company's international ambitions, Dollar General CEO Todd Vasos said in a call with investors that the company is "confident our unique convenience and value proposition will resonate with the Mexican consumer." Planning for the expansion into Mexico—which will focus initially on stores in Northern Mexico, though exact locations have yet to be announced—began more than a year ago, company officials said. Dollar General's fiscal 2022 will end Feb. 3, 2023.

Domestically, Dollar General saw a payoff in the third quarter from its investments in expanding availability of fresh produce and frozen/refrigerated items. That wider availability was facilitated by the company's move to self-distribute fresh and frozen foods—an initiative known as DG Fresh that was announced in 2019 and completed in the second quarter of this year. Frozen/refrigerated items outperformed all other product categories in the third quarter, according to company officials, and fresh produce is now available in approximately 1,900 of the company's more than 18,000 stores nationwide, with plans to reach 2,000 stores by year's end. In the longer term, Dollar General aims to offer fresh produce in as many as 10,000 stores.

Company officials said the retailer remains on track with its plans to reach 1,050 new stores opened by the end of fiscal 2021. For fiscal 2022, Dollar General is targeting 1,110 new store openings, 1,750 remodels and 120 store relocations. More than 75% of the U.S. population now lives within 5 miles of a Dollar General, the company noted in a news release.

The company will also accelerate the expansion of its Popshelf concept, which debuted in 2020 and "continues to exceed our expectations," Vasos said. The treasure-hunt-oriented Popshelf, which prices most (though not all) of its assortment at $5 or less, is expected to reach a footprint of approximately 1,000 locations by the end of 2025.

Vasos emphasized in the earnings call that Dollar General remains committed to offering a selection of items at the $1 price point—an unsubtle dig at rival Dollar Tree, which announced last week that it will take pricing to $1.25 on most products nationwide after holding the line on $1 pricing throughout its stores for more than three decades.

"We're not walking way from that $1 price point," he said in a Q&A with analysts. Approximately 20% of Dollar General's assortment remains priced at $1 or less, Vasos said, adding that the company will continue to "foster and grow" that pricing program as appropriate because "so many families depend on us for everyday essentials at the right price."

Heading into 2022, Dollar General's core customer "continues to be in pretty good shape," said Vasos. "We believe she’ll continue to be gainfully employed and will have money to spend," he said. Consumers' financial strength plays into store traffic, too, company leaders said—though in Dollar General's case, it's an inverse relationship. "When times are good, [the core customer] tends to come less often and spend more," Vasos said. "If things switch, you’ll see her come more often and spend less" per trip. So while "we're not happy with traffic overall," he continued, "we understand the drivers and the reasons."

Gross profit as a percentage of net sales stood at 30.8% in the third fiscal quarter, compared with 31.3% in the year-ago period. That decline, according to the company, was driven in part by higher transportation costs and a greater share of sales coming from lower-profit-margin consumables, partially offset by higher markups and reduced inventory shrink.