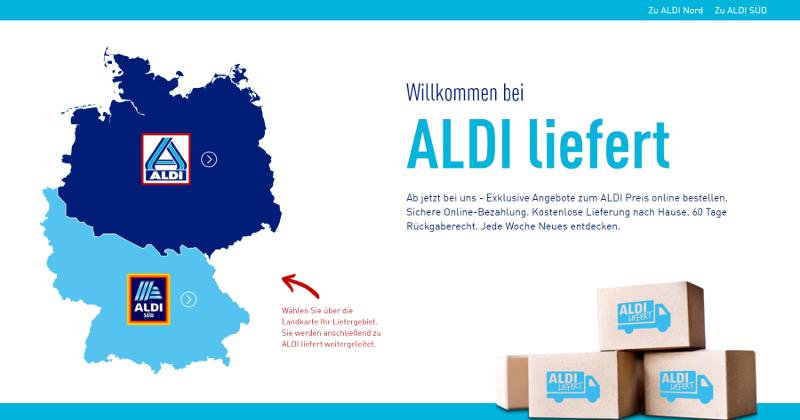 Faced with the prospect of underdeveloped e-commerce capabilities and the daunting costs of building them, the estranged sister retailers making up the global grocery discounter Aldi are joining forces behind grocery e-commerce, a report out of Germany said this week.

The project brings together representatives of Aldi Sud (South), the entity controlling the Aldi brand in southern Germany and in countries including the U.S., U.K., Australia and China; and Aldi Nord (North), the company that runs Aldi stores in northern Germany and in places like the Netherlands, France, Belgium and Spain and also controls Trader Joe’s, according to the report in the German business trade paper Lebensmittel Zeitung. Those companies have been operating separately for some 60 years, evidently stemming from a disagreement between the founding Albrecht brothers that led to a division.

The newly hatched partnership comes in the form of an operating company based in Dusseldorf, jointly owned by Aldi Sud and Nord, that will pursue developing a grocery e-commerce solution that both companies could presumably deploy in their operating divisions. It is led by Kai Schmidhuber, group director of customer interaction of Aldi Sud, and Moritz Scheffler, Aldi Nord’s managing director of e-commerce. Schmidhuber, according to a LinkedIn bio, formerly headed e-commerce for Loreal Germany and joined Aldi last summer. Scheffler came to Aldi Nord from the German chemical and consumer goods firm Henkel two years ago.

Aldi Nord and Sud currently work together on a limited basis. In Germany, they have partnered in “Aldi Liefert” (or Aldi Delivers), a unified e-commerce storefront that primarily sells big-ticket non-food items like furniture and appliances. A perusal of the items for sale on the respective websites show they offer common items at the same prices. A report a year ago in a German business magazine reported Aldi Nord and Sud had separately discussed a plan to begin buying certain items together.

This week’s report indicates the newly established joint venture contemplates bringing the Liefert entity together under a common site and expand its assortment further into groceries and everyday items—and that pressure to do so had come from Aldi’s operating divisions in places like the U.S., the U.K. and Australia, where e-commerce has exploded in popularity among shoppers. In the U.S., years of heavy investment from companies like Walmart, Kroger and others risks putting Aldi further behind in e-commerce even as its physical presence is rapidly approaching theirs.

E-commerce has been an especially vexing proposition for hard discounters, whose model is dedicated to efficiency and historically has been reluctant to pursue money-losing ventures with the same intrepidness of conventional peers. Trader Joe’s for one has said it would not pursue e-commerce at all. Other Aldi operating divisions are in the meantime tackling e-commerce through various third-party partnerships, like Aldi’s deal with Instacart in the U.S., or with Deliveroo in the U.K. and Ireland. These offerings are proving popular with shoppers, sources say, even as they fall somewhat short of replicating their advantages in store-based retail—namely, upcharged goods that subsize the cost can compromise its value proposition while interfering with the establishment of direct customer relationships that conventional peers see as a key to making the proposition profitable over the long term.

Smaller stores typical of hard discounters also make the prospect of dedicating space to e-commerce inside them more difficult, and their labor model does not afford them the luxury of employees dedicated to tasks like shopping on behalf of customers.

That is sparking Aldi to pursue joint solutions that could call on the power of its combined entities. For example, other recent reports out of Europe indicate Aldi Sud is gradually rolling out a standardized IT system across its shop network at a cost of 1.5 billion euros.