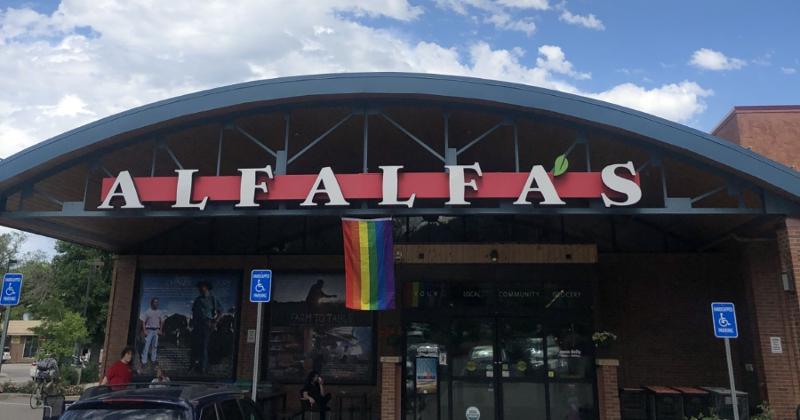 “This is a grow or die business,” Alfalfa’s Market CEO Mark Homlish told WGB in June 2020, on a call to discuss the grocer’s then soon-to-open Longmont, Colo., location—its third store in the state—as well as its future expansion plans. But since then, the pandemic effectively killed the grocer’s prepared foods and cafe business at its flagship store at 1651 Broadway, and as a result, the Boulder institution said it will close next week, according to reports.

In an interview with BizWest Media, Homlish said the store’s cafe and prepared foods department had remained closed since the start of the pandemic. The grocer’s retail foodservice operation had catered mainly to Boulder High School, the University of Colorado Boulder and various local businesses. Prepared foods contributed about a third of the store’s revenues in normal times, reports BizWest Media.

“It’s a landmark in Boulder in a lot of ways, and we’re disappointed we couldn’t make it work,” Homlish told BizWest. “It’s an expensive location, and COVID affecting our sales just exacerbated that.”

The grocer has been on the natural and organic food scene since 1979, when it was founded as Pearl Street Market in Boulder. Growing to 11 stores, it merged with Wild Oats Markets in the 1990s, and was then divested in 2007, when the Austin-based Whole Foods Market purchased the chain. In 2017, new investors with a fresh vision brought the iconic Boulder banner back to life.

When Homlish and William “Tripp” Wall, VP of wealth management company Alliance Bernstein, purchased Alfalfa’s from founders Mark Retzloff and Barney Feinblum in 2017, expansion was on the horizon. But the pandemic forced a change of course.

In addition to closing its foodservice operations, the Boulder store also experienced a significant reduction in foot traffic since the pandemic, Homlish told BizWest, adding that while its two other stores—one in Longmont and another in Louisville, Colo.—have had some decline in traffic, not so much so that it would force additional closures.