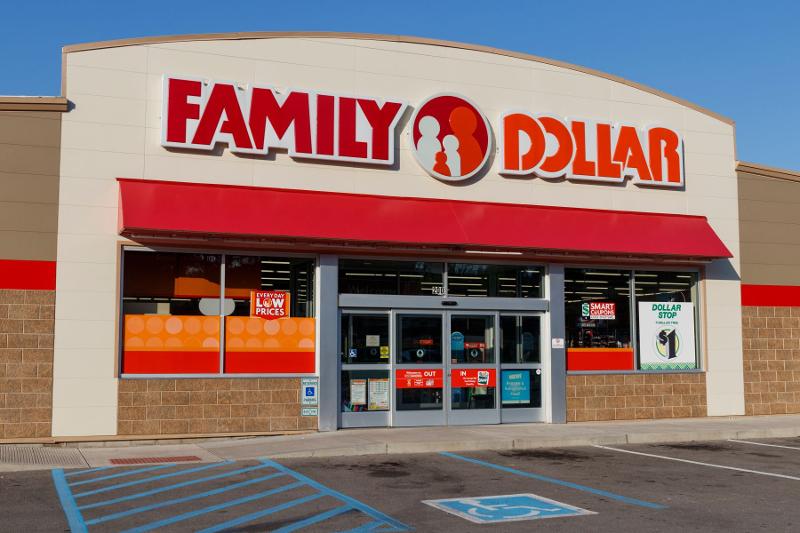 The Occupational Safety and Health Administration (OSHA) is seeking to fine Dollar Tree more than $1.2 million for health-and-safety violations at two of its Family Dollar stores in Ohio, OSHA announced Monday.

Dollar Tree, which has 15 business days to contest the findings, regularly exposes “employees to the risk of injuries by flagrantly ignoring workplace safety hazards,” OSHA said in a statement.

Dollar Tree did not respond to a WGB request to comment on the violations.

The U.S. Department of Labor’s OSHA, as well as state OSHA programs, have conducted more than 500 inspections at Family Dollar and Dollar Tree since 2017 and have found more than 300 violations, the agency said.

An employee report led OSHA to inspect a Family Dollar store in Maple Heights, Ohio, in January. The store received citations for one repeat violation and four willful violations, with proposed penalties of $685,777.

Inspectors found numerous “slip, trip, fall and fire hazards” in the storeroom, which Family Dollar had previously been cited for at five different locations around the country. OSHA also cited the store for obstructed exit routes, which it had done at at least eight other locations.

The store was also cited for not ensuring safe and sufficient access around electrical equipment, as well as a lack of fire extinguishers.

A February inspection at a Family Dollar store in Columbus, in response to a worker who complained of a leaking ceiling, led to OSHA citations for one serious and one repeat violation, as well as four willful violations. As with the other Family Dollar location, the violations included trip-and-fall hazards and obstructed exits, along with unsafe electrical equipment and a lack of fire extinguishers, all of which had been cited previously by OSHA at other Family Dollar stores. OSHA proposed fines of $547,587 at the store.

“Family Dollar and Dollar Tree stores have a long and disturbing history of putting profits above employee safety,” Assistant Secretary for Occupational Safety and Health Doug Parker said in a statement. “Time and time again, we find the same violations—blocked or obstructed emergency exits and aisles, boxes of merchandise stacked high or in front of electrical panels and fire extinguishers. Each hazard can lead to tragedy.”

Cheseapeake, Va.-based Family Dollar in February temporarily closed more than 400 stores and initiated a recall of some products after a U.S. Food and Drug Administration (FDA) inspection found a rodent infestation, among other unsanitary conditions, at the company’s distribution facility in West Memphis, Ark. Inspectors and company workers recovered more than 3,400 rodents at the facility last year and in early 2022, according to the FDA.

A month ago, Dollar Tree’s COO, CIO, chief legal officer and chief strategy officer left the company. CFO Kevin Wampler said he would exit as soon as a replacement was found. Bobby Aflatooni, who spent nine years at discount rival Dollar General, was hired as CIO a couple of weeks ago.

Amid all of the upheaval, Dollar Tree said it would reschedule its previously announced investor day from October to sometime next spring.