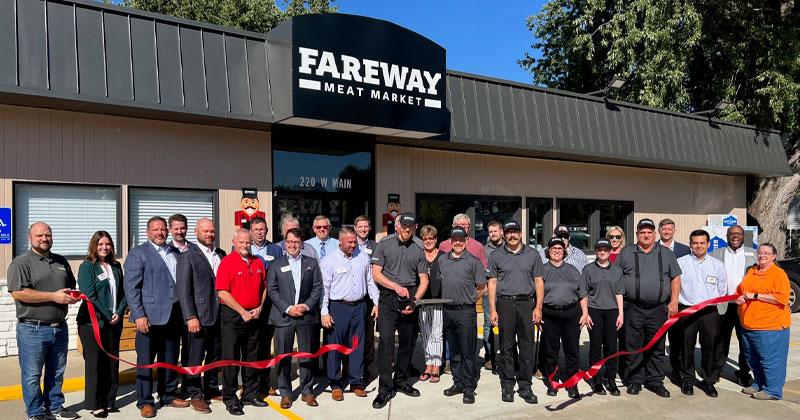 “We are excited for this first Fareway Meat Market in Minnesota,” said Fareway President Garrett S. Piklapp in a statement. “Thanks to local city and economic development officials and property owners for helping make this project possible. We look forward to serving and becoming an integral part of the community.”

Local officials in the southwest Minnesota area welcomed the addition of the Boone, Iowa-based grocer. “The City of Luverne and the surrounding area are very excited for Fareway Meat Market on Main Street in Luverne,” said Mayor Pat Baustian in a statement. “I am sure our citizens will enjoy the new meat market for years to come."

The new store will be managed by Market Manager Brian Tieskotter and will offer main course options, a variety of sides and year-round meal needs, Fareway said.

In August, Fareway Stores Inc. broke ground in Kansas City, Missouri, on a future 8,700-square-foot Fareway Meat Market, which is set to open next spring. The new Meat Market will be located at 8606 NE 85th Street in Kansas City.

Fareway Stores, Inc., a family-owned business, is a Midwest grocery company which operates 132 stores in a seven-state region. It has more than 12,000 employees. Fareway also operates 7 Fareway Meat Market stores.