“Our industry is rooted in a commitment to people and communities,” said FMI President and CEO Leslie G. Sarasin. “Visionaries who blazed new trails in their day established a noble legacy—a legacy that thrives and continues in the work of today’s esteemed industry leaders.” 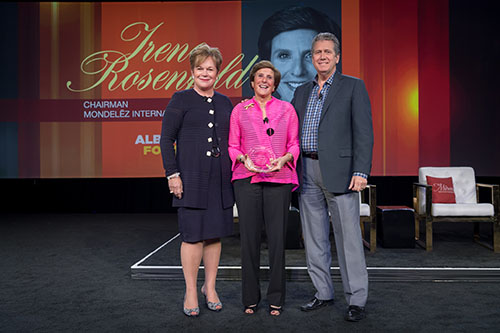 As one of only 32 female executives among the U.S.’s 500 largest companies, Mondelez International’s Rosenfeld was honored with the William H. Albers award, which is bestowed to food industry leaders who exemplify commitment to trade relations and consumer service. Crediting her strong sports background as a key factor in her leadership development, Rosenfeld’s team-building skills and determination has led her teams to breathe new life into established brands and create the world’s greatest snacking company. 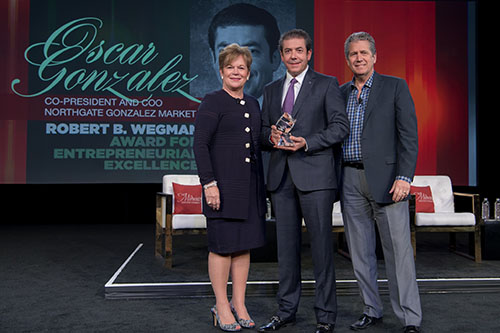 Created in 2012, FMI has honored retail executives who demonstrate innovation and imaginative strategies with the Robert B. Wegman award, which this year was bestowed to Oscar Gonzalez, co-owner of Anaheim, Calif.-based Northgate Markets, the largest chain of Mexican supermarkets in the U.S. Under Gonzalez’s transformative leadership, the regional retailer has created programs focused on education, healthy eating options and community empowerment. 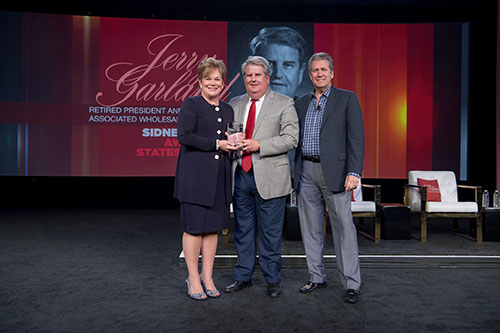 The recipient of the Sidney R. Rabb award, Jerry Garland was saluted for his commitment to the consumer, the community and the industry. Having built relationships among trading partners and elected officials while advocating for independent food retailers throughout his career, Garland once said, “I have 633 bosses—all retailers.” His commitment to shared success led to strong performance by AWG during his tenure, including increased revenue, decreased operating expenses and dividends for member stores and their communities. Garland ably served as FMI’s board chairman during one of the most regulatory-laden times in the food industry history, most notably helping FMI to navigate the complexities of the Food Safety Modernization Act.