Sprouts Farmers Market, whose stock was trading near historic lows for much of this winter, has delivered a few warm surprises.

The Phoenix-based company said Doug Rauch, a key figure in the growth of rival Trader Joe’s, will join its board of directors effective Feb. 25. And financial results for the fourth quarter were better than even the company had expected.

“We are thrilled to add Doug to our board of directors,” Jack Sinclair, CEO of Sprouts, said in a statement. “Doug is a seasoned grocery veteran whose decades of experience at one of the most well-regarded retailers in the industry will be invaluable to our company as we continue to develop our long-term strategy.”

Rauch spent 31 years with Trader Joe’s, including 14 years as president, before departing in 2008. Rauch was instrumental in growing Trader Joe’s from nine California stores to a well-loved national chain, as well as developing its prized buying philosophy and creating its unique private label food program. 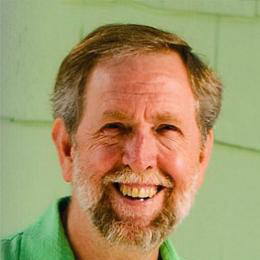 Rauch also founded and serves as president of Daily Table, an innovative retail concept designed to bring affordable nutrition to the food insecure in Boston’s inner city. He is also a founding board member and CEO of Conscious Capitalism Inc., an organization dedicated to the practice of business as a force for good, where he continues to serve as a board member. Rauch is also on the board of directors of PAR Technology Corp., a leading provider of point-of-sale technology solutions to restaurants and retail outlets.

“I am pleased to join the Sprouts board at this exciting time,” said Rauch. “Sprouts shares my beliefs of making healthy living affordable to everyday grocery shoppers and conducting its business in a way that is also good for the planet, and I look forward to working with the board and management team to help guide the company’s path forward.”

The announcement came as Sprouts revealed financial results from its fourth quarter and fiscal year ending Dec. 29, 2019, exceeding estimates and the company’s guidance for both revenues and earnings. Sprouts said sales improved by 8% to $1.4 billion and net earnings totaled $32 million, up from an adjusted figure of $24 million in the same period a year ago.

In October, Sprouts forecast sales growth of 6.5% to 7.5% in the quarter and comps in the range of flat to 1%.

“During the fourth quarter, I was encouraged by the Sprouts team’s dedication to driving same-store sales growth while we simultaneously delivered positive margins,” Sinclair said. “We remain engaged in developing a long-term strategy and are optimistic about the future of Sprouts rooted in a brand that is good for you, good for your family and good for the planet.”

The company’s fiscal year guidance calls for sales growth in the range of 5.5% to 6.5%, comps in the range of flat to 1%, approximately 20 new stores and capital expenditures of $120 million to $130 million.