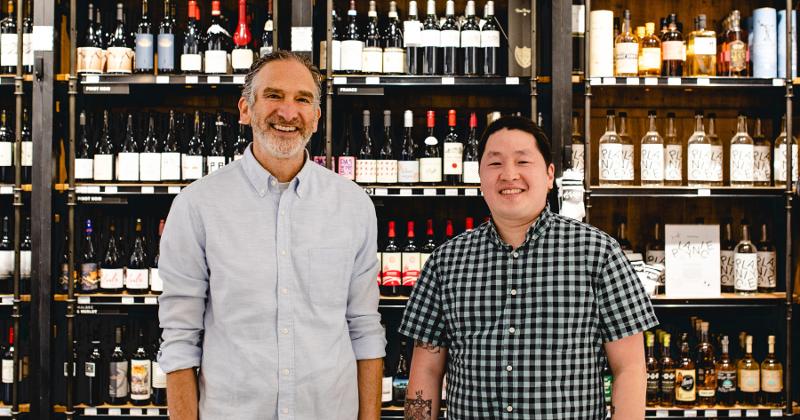 Foxtrot, the hybrid corner store, cafe and delivery retail market, has made two senior hires aimed at expanding its private-label business across its cafe, prepared foods, shelf-stable and gifting offerings.

Mitch Madoff (pictured above on the left), who previously was VP of exclusive brands for Whole Foods Market, has been named SVP of private label and supply chain for Foxtrot, and Tae Strain joins as corporate executive chef.

"Our private label represents the core of what we love at Foxtrot—finding and developing the most delicious products from all corners of the culinary universe, and delivering them right to our customers' doors," said Mike LaVitola, co-founder and CEO of Foxtrot. "We're thrilled to welcome Mitch and chef Tae, who together bring world-class culinary talent and passion to our version of convenience. We are excited to set a new standard for what customers can expect out of their local market."

Foxtrot earlier this year announced plans to double its footprint in 2021 via the help of a $42 million Series B investment round. In March, it opened two stores in Washington, D.C.—bringing its store count to 12 in Chicago, Dallas and D.C.—with plans to open nine more locations this year.

Before coming to Foxtrot, Madoff worked at Whole Foods for the past 20 years, managing some of its most well-known and profitable brands, a release said. As a longtime food industry veteran and a graduate of the Culinary Institute of America, Madoff also brings a culinary eye to his new role, which will be focused on leading the growth of the company's private-label division.

"I've been in the business of private label for a long time, and the way Foxtrot approaches their product creation is unlike any other brand out there," Madoff said. "It's the mindset and passion for bringing joy to the customer through the product experience that will make them a leader in the retail and convenience space."

Foxtrot's private-label line features unique packaged foods that range from the whimsical to the nostalgic, including items such as colorful gummy snack mixes and an adult version of the Oatmeal Cream Pie, made with bourbon. This summer, with Madoff at the helm, Foxtrot will launch its own line of ice creams.

Meanwhile, Strain will lead the recipe development of private-label items and that of "Meals by Foxtrot," a menu of grab-and-go breakfast, lunch, dinner and snack offerings. Tae has more than 15 years of cooking experience in James Beard Award-winning and Michelin-recognized restaurants. Most recently, he led the resurgence of David Chang's Momofuku CCDC in D.C. Previously, he worked at The Progress restaurant in San Francisco, where he was chef de cuisine when the restaurant was awarded its first Michelin Star. 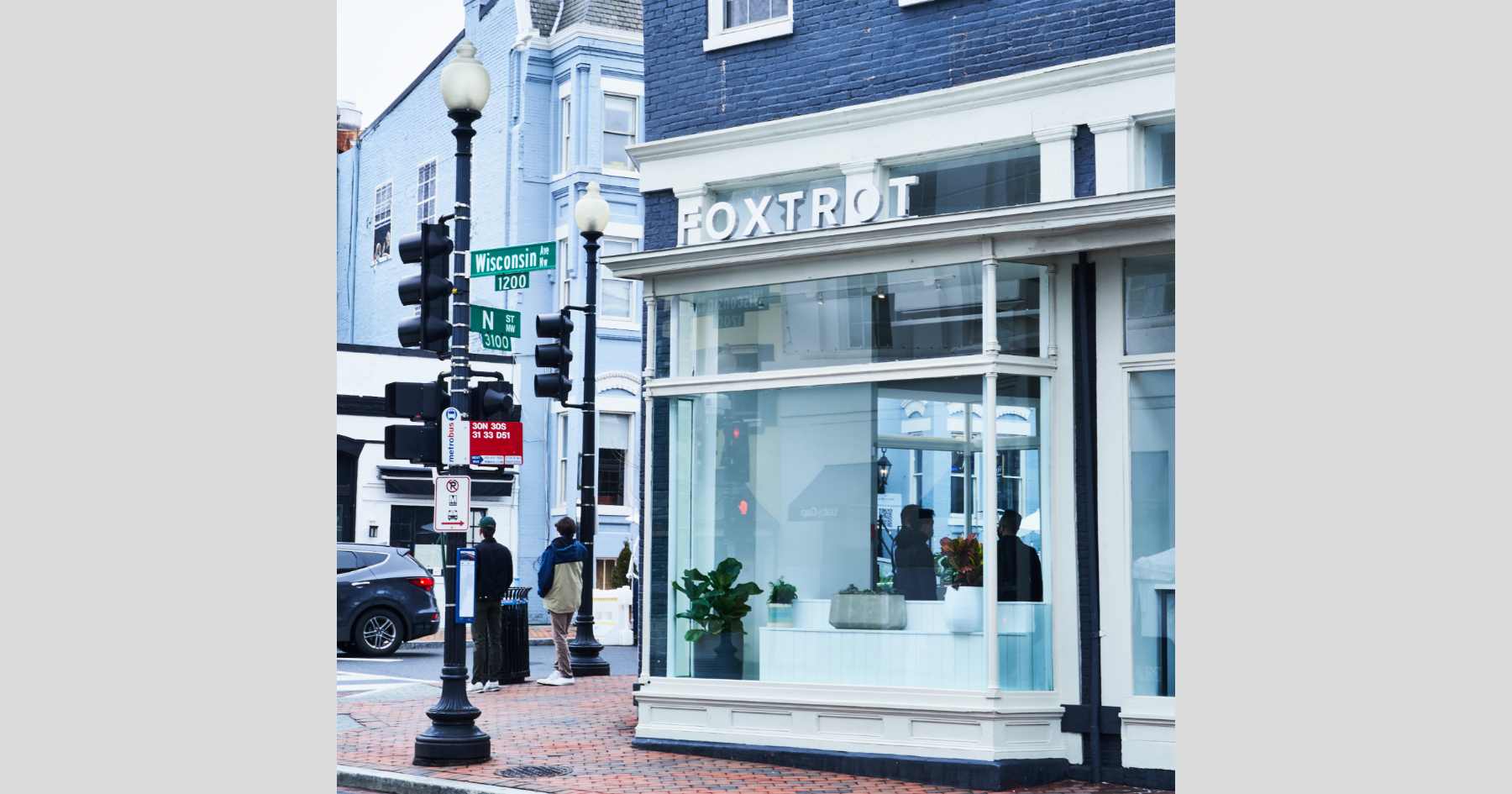 Chicago-based Foxtrot, an upscale corner store/cafe that recently announced plans to double its footprint in 2021 thanks in part to a fresh round of funding, opened the doors to its first store in Washington, D.C, and its 11th store overall.

Foxtrot, which also has stores in Chicago and Dallas, will open a second store in D.C., at 650 Massachusetts Ave. NW in the Mount Vernon Triangle neighborhood, on March 22. "Our D.C. openings are the culmination of several years exploring neighborhoods, meeting with local makers, and tasting all the best this amazing city has to offer,” said Foxtrot co-founder and CEO Mike LaVitola. “We're looking forward to introducing our unique blend of curation and convenience to Washingtonians.” 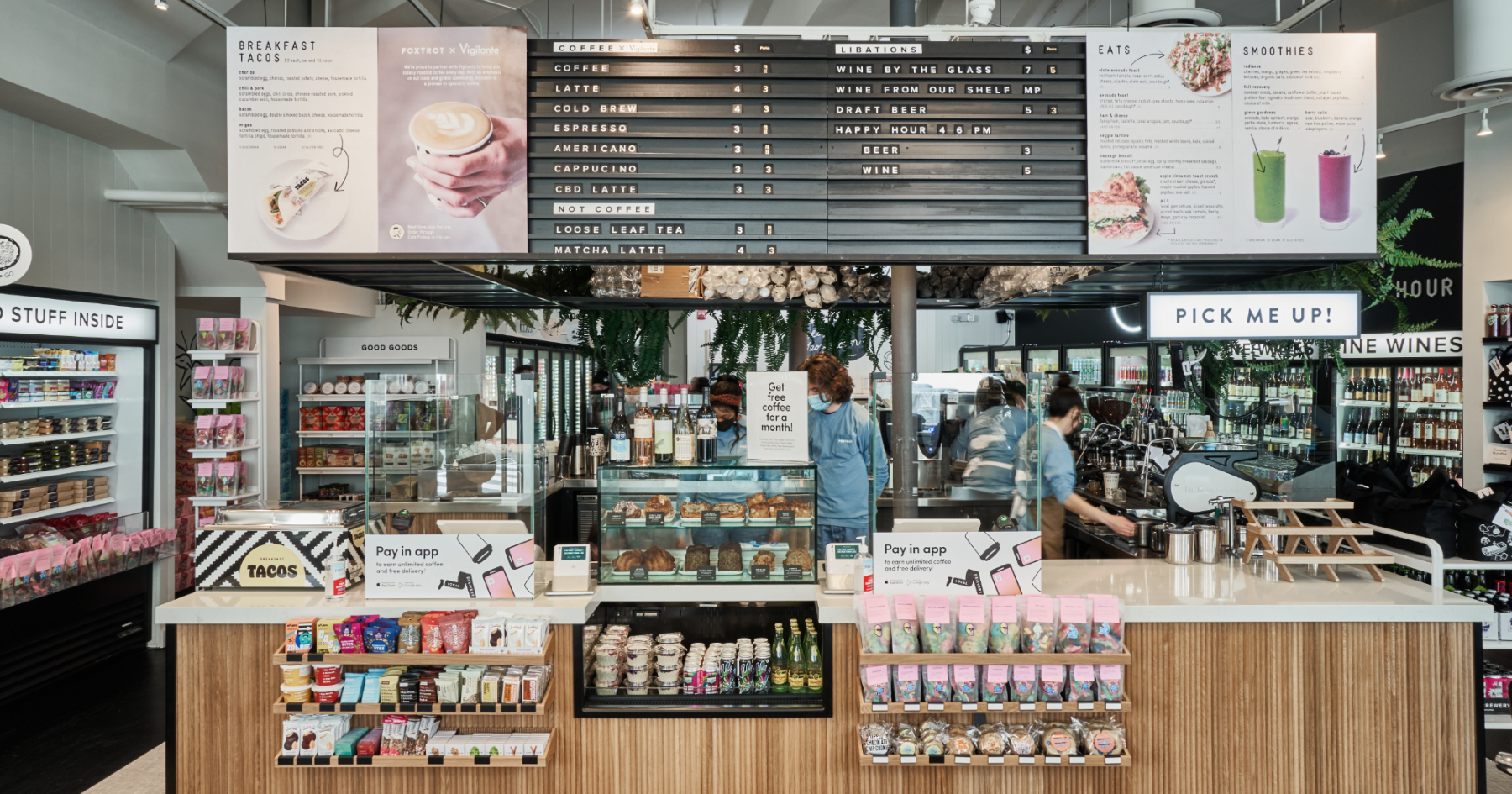 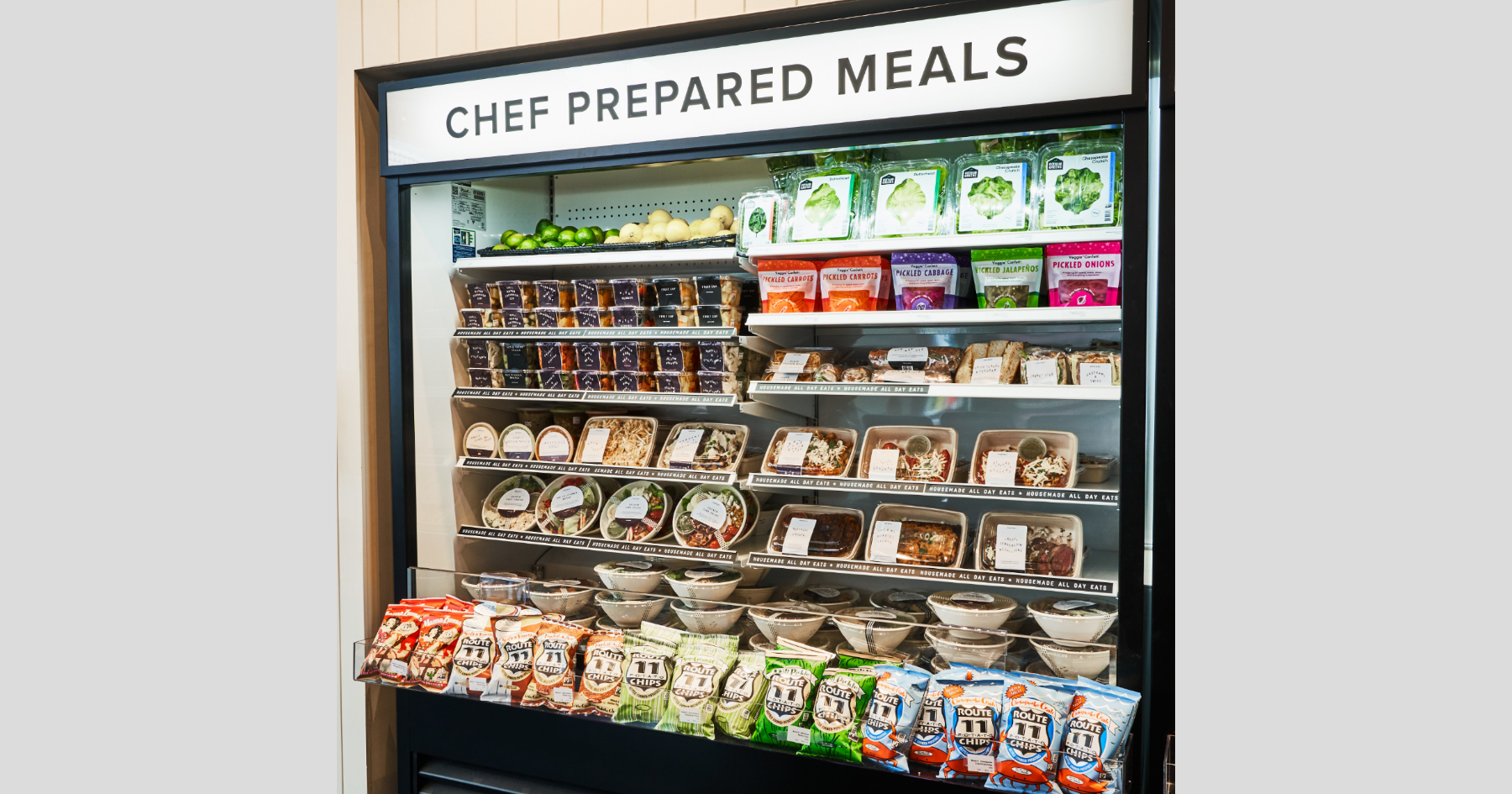 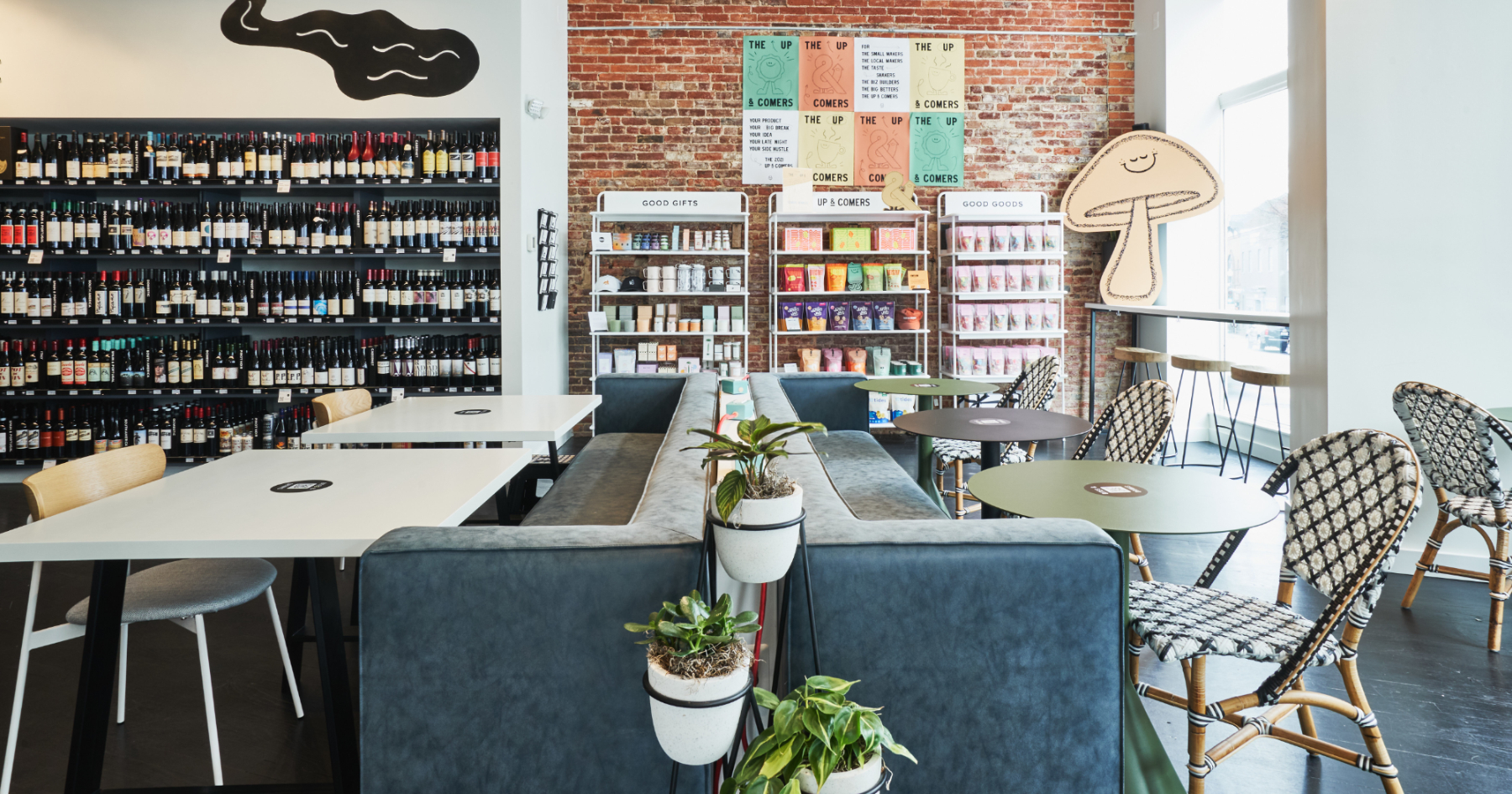 With every delivery order made March 1-2, Foxtrot will donate the delivery fees to the Power of 10 Initiative, the restaurant industry nonprofit initiative created by Bruner-Yang, whose mission is to bring restaurant workers back to work and provide access to food for those who need it the most.

Chef-prepared meals, including fresh salads made daily, are available for grab-and-go.

Foxtrot carefully curates its products and brands, with a focus on local. At the Georgetown neighborhood store, customers can find D.C.-known products such as Ice Cream Jubilee, Vigilante Coffee, Mason Dixie, Pluma by Bluebird Bakery, and Anxo Cider.

The store has an expansive floor plan, with plenty of seating for customers to enjoy a house-poured wine or cold beer from Foxtrot’s rotating tap selection. An outdoor patio area is another option for those hoping to stay a while.

Both Foxtrot locations in D.C. will be open from 7 a.m. to 10 p.m. Sunday through Thursday, and 8 a.m. to 10 p.m. Friday and Saturday. They will open in compliance with the government’s social distancing guidelines while following the company’s current safety standards, which include mandatory face masks, glass dividers at coffee bars and 6-foot distance vinyl on floors.