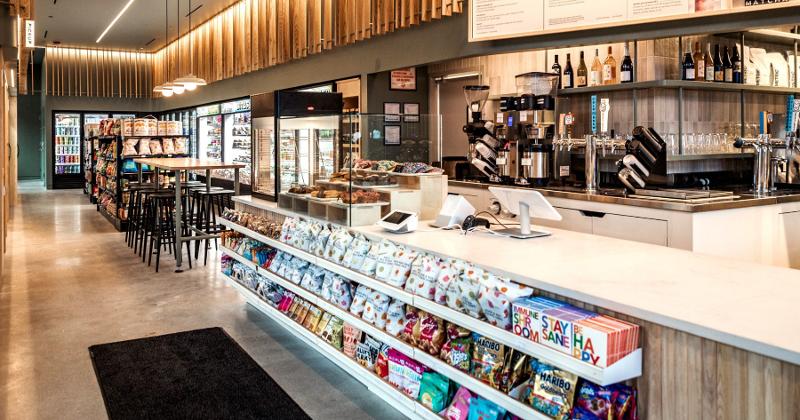 Inside the Foxtrot Wrigleyville location in Chicago, Ill. Photo courtesy of Foxtrot

Chicago-based Foxtrot, a label-defying hybrid of urban convenience store, local market and café, is entering the Austin, Texas, marketplace with not one but three new locations, the hybrid retailer said on a job posting site as it seeks workers for the Austin stores

Foxtrot, which has more than 20 retail stores in Chicago, Washington, D.C., Dallas and Virginia, is scaling to take its presence nationwide. The company is looking to add 50 new stores within the next two years, it announced last summer.

"We first introduced ourselves to customers through online-only, rapid-delivery of our dream convenience store," said Mike LaVitola, co-founder and CEO of Foxtrot, in a release on the company’s expansion. "In the years since, we've realized the pivotal role the physical shops play within neighborhoods. There's no better way to spark discovery than by browsing shelves, and no better platform to elevate local makers than giving them a home in the neighborhood."

Founded by Mike LaVitola and Taylor Bloom in 2014, Foxtrot, which raised $100 million in a Series C funding round led by D1 Capital Partners earlier this year, calls itself "the convenience store of the future."

Save A Lot owner joins with Flashfood to bring grocery savings to several cities across the U.S.

Burned by the pandemic, in-store bakeries are on the rise