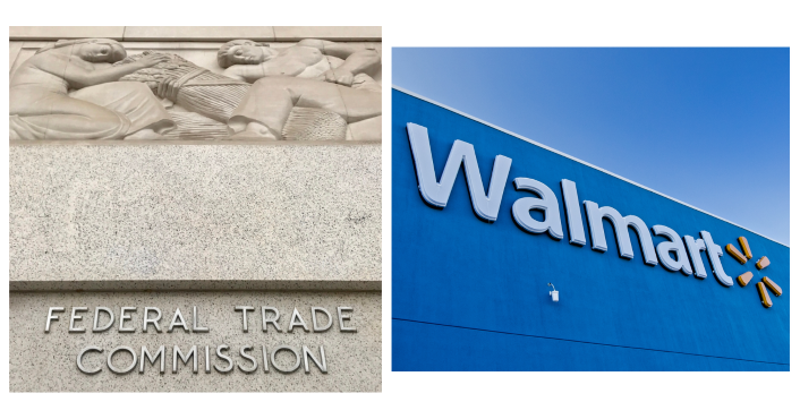 Walmart will pay $3 million in civil penalties after the Federal Trade Commission filed suit against the retailer for what the commission said are "deceptive green claims" that Walmart made about some textile products.

In a lawsuit filed April 8, the FTC alleged that Walmart wrongfully marketed at least two dozen textile items as made from bamboo and produced using eco-friendly processes when the items were in fact made from rayon—and converting bamboo to rayon "requires the use of toxic chemicals and results in hazardous pollutants," the FTC stated in a news release. A separate, similar lawsuit over "bogus bamboo marketing" was filed against Kohl's Inc. the same day; the FTC is seeking $2.5 million in penalties from Kohl's.

The commission acted under its Penalty Offense Authority in asking the U.S. District Court for the District of Columbia to order the retailers to pay the penalties and stop making the contested product claims. The FTC noted that the $5.5 million the two retailers will pay amounts to the largest-ever civil penalty over such product marketing.

"False environmental claims harm both consumers and honest businesses, and companies that greenwash can expect to pay a price," said Samuel Levine, director of the FTC’s Bureau of Consumer Protection, in a statement. Among the Walmart items that the FTC said the retailer falsely advertised as made from bamboo are washcloths, a weighted blanket, a pillow, nursing bras and a comforter.

As reported by WWD, a Walmart spokesperson said April 12 in response to the suit that the company takes the FTC's claims against it seriously and has "worked to strengthen our product description programs." Walmart "expect(s) our suppliers to provide products that comply with all laws, including those around labeling," spokesman Randy Hargrove said.

Separately on April 12, Walmart announced the launch of a platform designed to connect retail product makers with manufacturers of sustainable packaging options. The Walmart Circular Connector, available online via the company's Sustainability Hub, aims to "make it easier for sourcing teams and brand companies to quickly find sustainable packaging solutions," including reusable, refillable and recyclable choices, the company stated. A supplier intake form for packaging manufacturers is now open; a roster of accepted packaging options will be available for public download later this year, according to Walmart.

"We don’t have time to waste and we need to work together to drive innovative solutions at scale," Walmart Strategic Programs Director Ashley Hall said in a post announcing the Circular Connector.

Last week—two days before the FTC filed its lawsuit—Walmart touted that it had passed the halfway mark toward its goal of preventing 1 billion metric tons (a gigaton) of greenhouse gas emissions from entering the atmosphere via its product supply chains by 2030. "With over 4,500 of our suppliers engaged since the initiative’s launch in 2017, and suppliers reporting a cumulative total of more than 574 million metric tons of emissions reduced or avoided, Project Gigaton continues to make progress as one of the largest private sector consortia of its kind," Walmart EVP and Chief Sustainability Officer Kathleen McLaughlin wrote in a corporate blog post.