It never fails to boggle the mind to take in just how big and fast Dollar General has become.

The Goodlettsville, Tenn.-based discounter today operates more than 17,000 stores in 46 states. In units, that’s more than either McDonald's or Starbucks, or 7-Eleven and Circle K, put together.

Dollar General is also building new stores faster than any of those guys. This fiscal year it plans 1,050 new units—that’s a pace of about four grand openings, every weekday, all year long. Assuming a historic pace of closures and a continued growth clip, the little yellow discounter will operate more units than the entire U.S. independent grocery industry in about four years. Tax revenue and jobs are other issues entirely, but this is where we are headed: In fact, Dollar General officials say they see the opportunity for another 17,000 stores ahead of it, essentially doubling in size.

Amid all these big numbers it is easy to overlook any single store opening, like the one it that debuted last week in a Huntsville, Ala., parking garage. 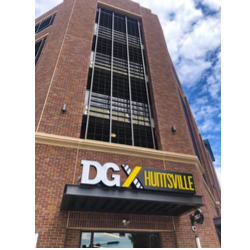 The seemingly unusual location of a parking structure for a food retail store—the store isn’t in the garage so much as occupying 3,900 square feet of the structure on the street level—actually makes plenty of sense, according to Anusha Alapati Davis, VP of retail for Crunkleton Commercial Real Estate, the Huntsville commercial real estate firm that arranged its debut location there. It’s within walking distance of various downtown apartment complexes, hotels and event venues.

“Working with DGX to secure its first location in the state was an honor and an exciting opportunity for Huntsville,” said Alapati Davis. “DGX is a brand that searches for vibrant metropolitan markets. The fact that it chose Huntsville speaks volumes about our retail landscape. It places our urban center in the ranks of larger markets such as Nashville, Raleigh, Philadelphia and Cleveland. We are very excited they are now open and serving the Rocket City.”

DGX has been around since 2016. Over the last year, it quietly arrived in about 20 new cities but few may have taken notice: The pandemic was a headwind to its momentum, as office workers and tourism curtailed downtown traffic nationwide. Nevertheless, Dollar General officials maintain the opportunity exists to build 1,000 DGX locations over time. 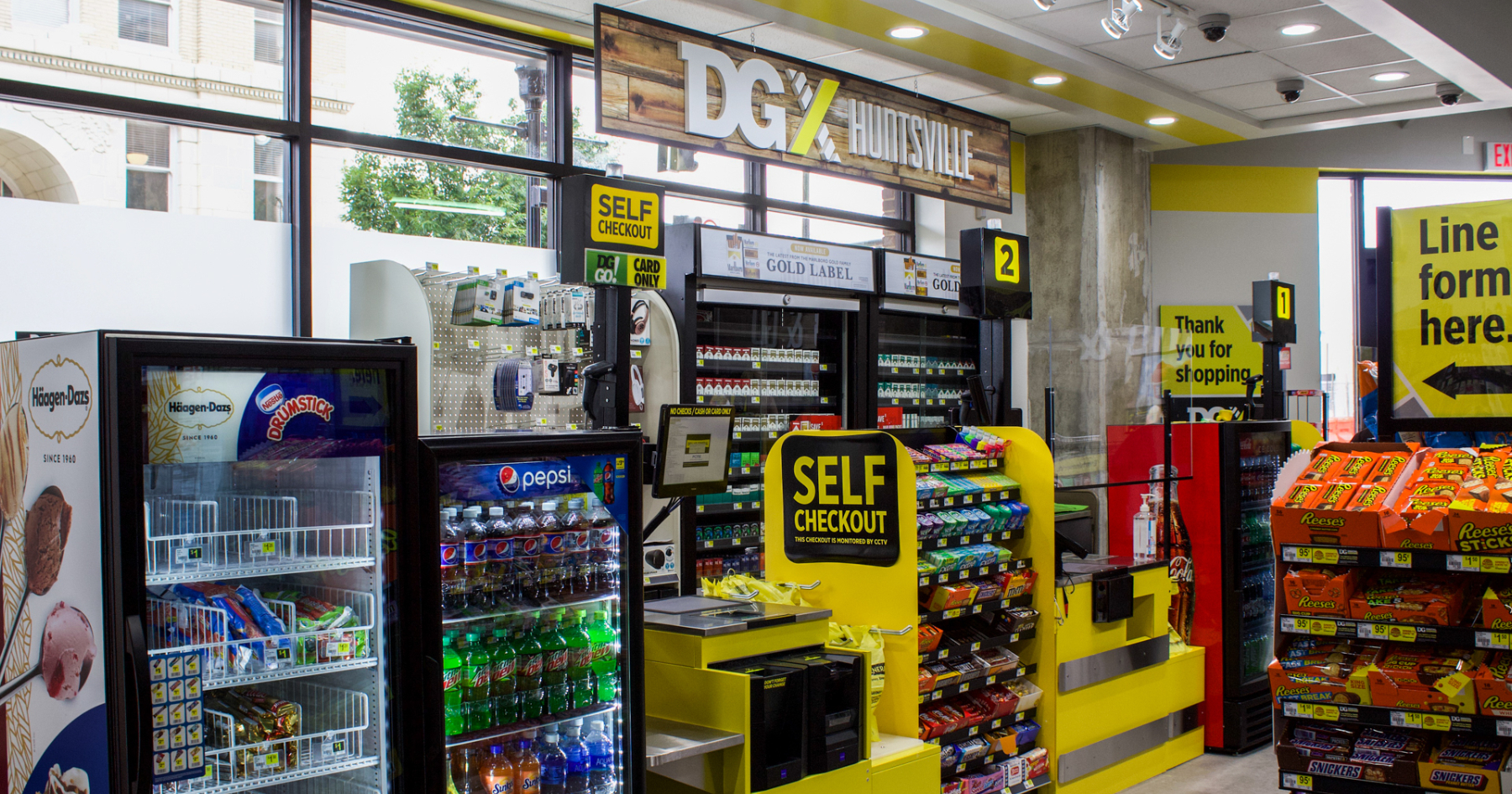 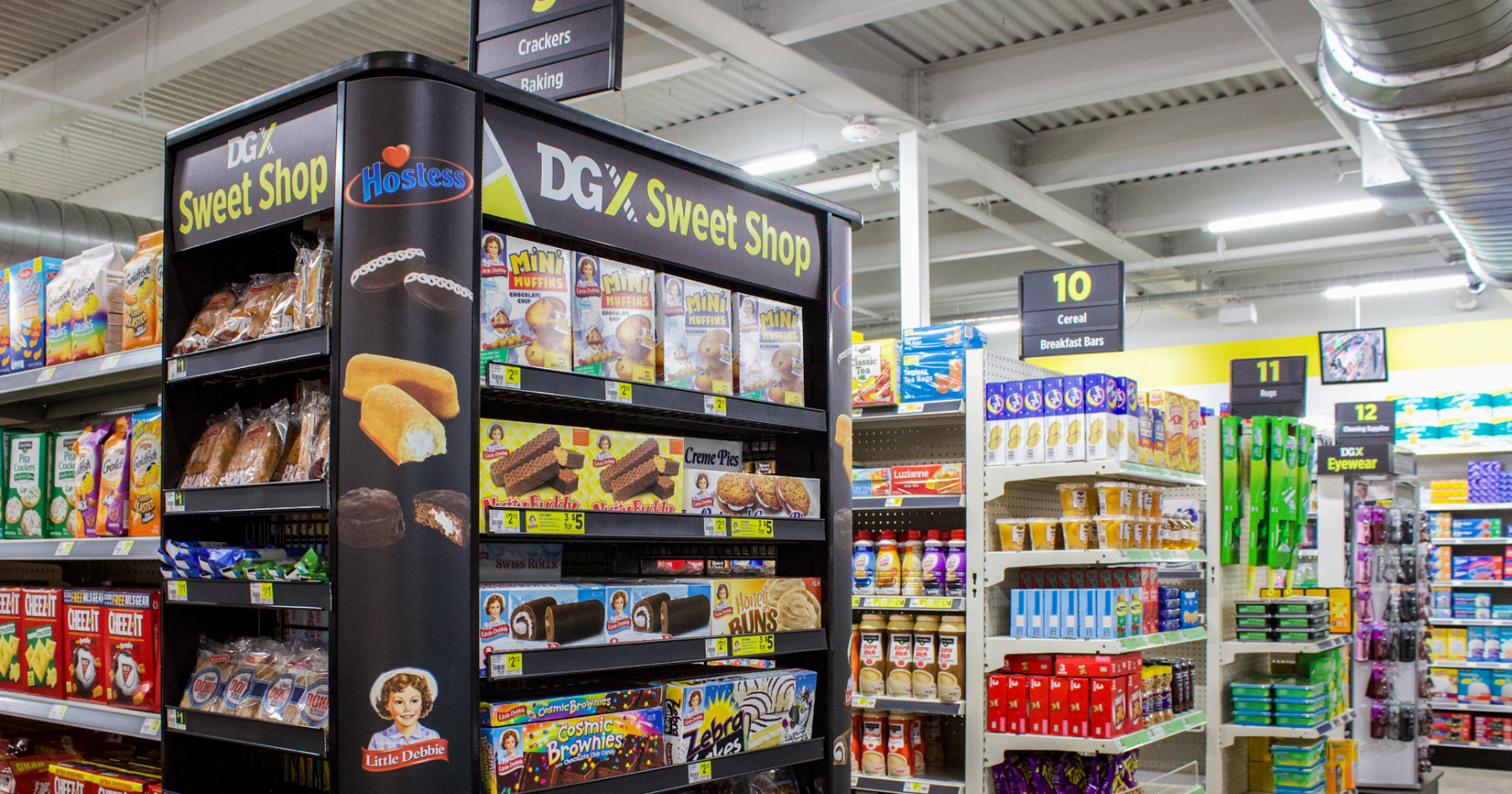 For now they’ve cooked up another promising concept in Popshelf, a 9,500-square-foot store offering seasonal and home decor, health and beauty items, home cleaning supplies, party goods and entertaining needs. That store grew out of the success of efforts to create a “treasure hunt” of sharply-priced non-consumable goods in Dollar General stores—and the customer insights derived from having done it. Around 300 of those stores will open in the U.S. this year, with the opportunity to build as many as 3,000, company officials say.

In a recent note to clients, analyst Scott Mushkin of R5 Capital sung the praises of DGX, calling it a better-merchandised and lower-priced version of 7-Eleven, which has some 10,000 units ripe for disruption outside of the urban cores where DGX is arriving. “Perhaps DGX has less sizzle than Popshelf, but in our opinion, there is just as much or more steak. We see DGX being expanded from core urban locations in downtown Nashville to places like Virginia Beach, Va., or Costa Mesa, Calif., where there are tens of thousands of traditional convenience stores like 7-Eleven,” Mushkin said.

Each Dollar General unit on its own extracts a droplet of sales from an ocean of competitors—but its rapid format evolution and building spree is filling the bucket. Cheaper than food and drug stores, more convenient than mass stores, arguably more advanced in merchandising than other dollar concepts, and now coming for the convenience and specialty discount sectors in an environment where people are out and shopping again and value appears poised to gain further prominence.

If your travels take you to Huntsville, check it out. There’s plenty of parking available.