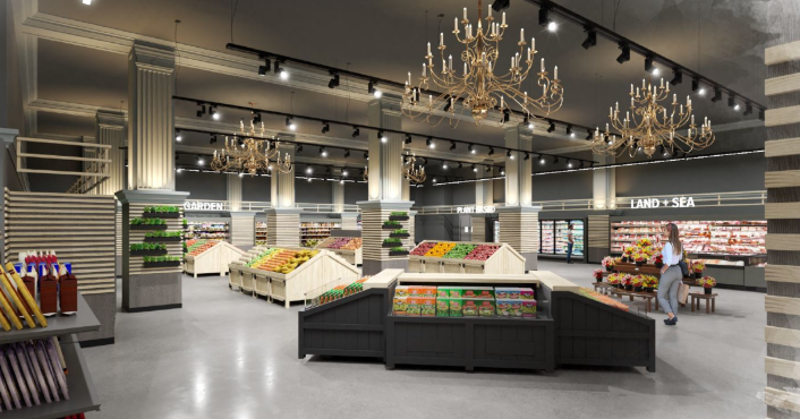 Carlisle, Pa.-based The Giant Co. will cap off a year of growth in the Philadelphia area with the opening of three new stores in December, the grocer announced Thursday.

After their opening day, the two traditional Giant stores will be open 6 a.m. to 11 p.m. seven days a week. The new Giant Heirloom Market will operate from 7 a.m. to 10 p.m. daily.

"The City of Philadelphia and the surrounding community continues to play a central role in our growth strategy, bringing customers fresh meal solutions both in-store and online," Giant Co. divisional VP for greater Philadelphia Manuel Haro said in a statement. "We are excited to debut three new stores for our customers just in time for the holiday shopping season." All three stores will offer Giant Direct online ordering for pickup or delivery at giantdirect.com.

All three stores will feature a beer and wine eatery. The Columbus Boulevard store will offer expanded fresh department assortments as well as, for the first time, sushi made in-store and a dedicated plant-based section, according to a Giant Co. news release. The Doylestown store, meanwhile, will house a Starbucks and a Frutta Bowl superfoods café and will offer expanded health and beauty selections.

December's three store openings will follow the opening this month of a Giant grocery store at 2201 Cottman Ave. in Philadelphia as well as a 124,000-square-foot Giant Direct online fulfillment center in southwestern Philadelphia as the company works on expanding delivery into southern New Jersey, the Philadelphia Inquirer reported.