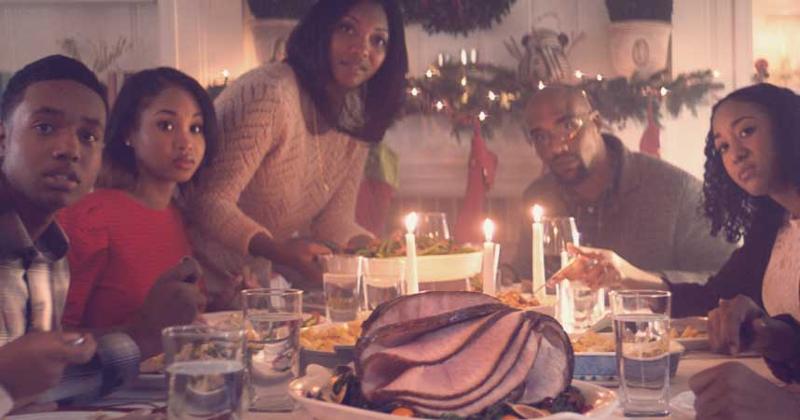 Ahold Delhaize’s Giant Food division is re-establishing a local identity with a new consumer branding message illustrating the ease with which its customers share connections made over food.

“The Little Things are Giant” campaign was created by Bethesda, Md.-based RP3 Agency, which took over the account earlier this year concurrent with Giant’s decoupling from its sister chain Stop & Shop in its parent’s new decentralized structure. The campaign—which began Nov. 5 with a holiday focus and will continue through 2019—highlights moments between family and friends with the help of the retailer's product assortment, ease of shopping and store experience.

“We say in our new tagline ‘The Little Things are Giant’ because it's about the seemingly small moments which are the ones we live for. More time for you. More time for family. More time for the things that really matter,” said John MacDonald, VP and chief marketing officer at Giant, in a release. “Giant wants to make great food easy so you can live your life and enjoy those moments.”

The campaign consists of TV, radio, social media, mobile, digital, in-store and out-of-home. Most TV and radio advertisements will be produced in both English and Spanish.

RP3 described its challenge as building “a strategic platform that demonstrates a commitment to community and a tireless pursuit in making great food easy,” and builds on Giant’s equity in the Baltimore and D.C. region. Commercials do not include footage in stores but focus instead on the results of having shopped: gatherings in homes such as a family seated at a Thanksgiving table, friends watching a football game, and a dinner party.

“Giant Food is known within the greater Washington and Baltimore regions for providing high-quality food while supporting local communities for generations,” said Dylan Bernd, executive creative director for RP3 Agency. “Giant is dedicated to making great food made easy and we wanted an idea the felt honest to who they are as a brand. … This campaign is about being true to their customers, their co-workers, their partners and, above all, the food.”