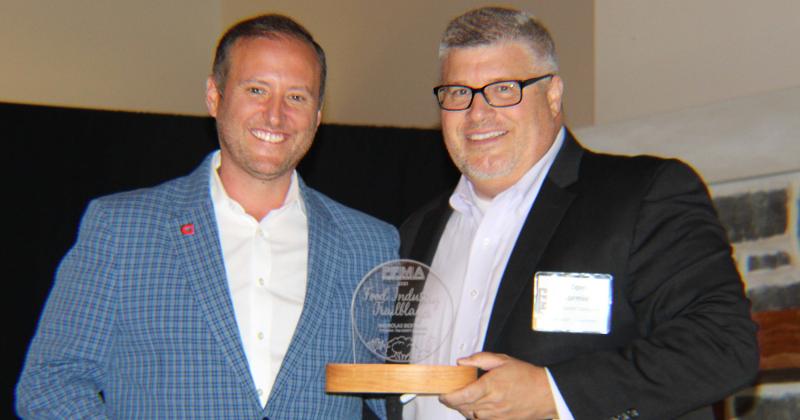 As the food retail industry navigated the countless changes that resulted from the COVID-19 pandemic, the best leaders anticipated and adapted to these changes, said Tom Cormier, chair of the PFMA board of directors and manager of government affairs for Ahold Delhaize USA, in a release. Well before the pandemic hit, Bertram consistently showed vision, innovation and passion, ensuring the success of his team and The Giant Co.

“Nick learned to never put himself above any person or any work,” Cormier said. “He has developed a unique culture at The Giant Co. that values and celebrates every member of its 35,000-person team.”

In 2017, Bertram was appointed president of The Giant Co., which serves communities across Pennsylvania, Maryland, Virginia and West Virginia. He is credited for accelerating the company’s e-commerce business and leading its charge in Philadelphia by introducing an urban format unique to the city, unveiling a two-level grocery store called Riverwalk, among other innovations.

Last year, Bertram also oversaw the unveiling of The Giant Co.’s new brand platform, “For Today’s Table,” which emphasizes how sitting down for a meal connects families and creates stronger communities. He is also chair of the board of directors for the Pennsylvania Chamber and co-chair of the corporate council and a member of the Foundation Board of Overseers for Children’s Hospital of Philadelphia.

“Nick is an exceptional leader at The Giant Co. and in the food retail industry. He continues to pave the way with new innovations in his work, all with a focus on team and family,” said Alex Baloga, president and CEO of PFMA. “We’re thrilled to honor his achievements.”

Bertram began his career in retail more than 20 years ago at JCPenney. He moved onto Walmart as a part-time stocker. There, over 12 years, he assumed leadership roles in store operations, human resources and innovation, before joining Jewel-Osco in Chicago as its SVP of retail. Then in 2013, Bertram began working in executive roles at Ahold Delhaize, the parent company of The Giant Co.

He earned a Bachelor of Business Administration in marketing from Eastern Kentucky University and an MBA in global management from the University of Phoenix, and has completed post-graduate programs at Northwestern’s Kellogg School of Management, Harvard and The Wharton School.