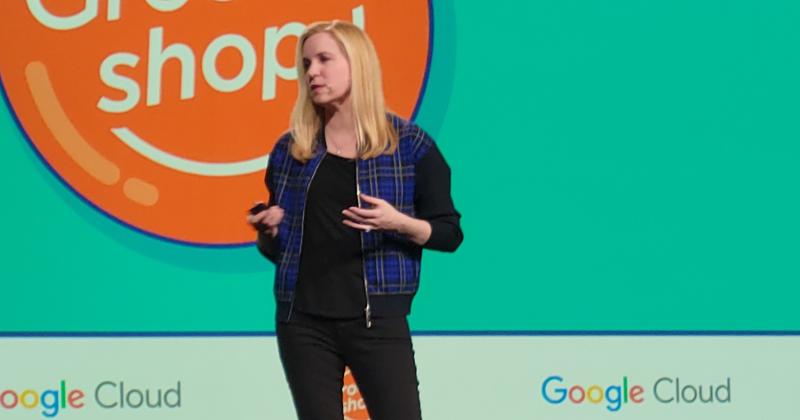 In a telling signal of current consumer shopping intent, Google searches for the term “in stock” are up by 800% year over year, according to Carrie Tharp, VP of Retail & Consumer for Google Cloud, speaking in a mainstage address Tuesday at the Groceryshop conference in Las Vegas.

Tharp’s remarks came from the same stage upon which hours before, Gopuff co-CEO Yakir Gola delivered another attention-getting statistic: The well-funded and fast-growing “instant-needs” retailer is on track to add between 40 and 50 dark-store delivery hubs per month, adding to a current batch of about 500 such facilities in the U.S.

The addresses together helped frame two overarching themes of the popular retail tech conference, which resumed a live event this week for the first time since the arrival of the pandemic further accelerated the digital transition of the industry it examines: consumers looking online for immediate answers to their shopping needs, and retailers, brands, technologies and platforms racing to monetize that signal and respond to the demand. A move toward sustainable and experienced-focused stores and sites were the conference’s other major themes.

Tharp’s presentation used insights from the search giant to put the acceleration of eating and shopping trends influenced by the pandemic into perspective—and then hit on how Google is partnering with industry players to translate those signals into their businesses and can play a role in current and future solutions they will pursue.

“It goes without saying that the way we shop for groceries has certainly changed forever—I don't need to tell you guys that,” Tharp said, “but what we've seen in research is that it takes 66 days to form a habit. When we first started the pandemic, most of us thought we were going to be at our house two weeks or three weeks, so we ordered some stuff online. We did some searches for that toilet paper. But the reality is we settled it for a lot longer than that, and [in] the high-frequency category, like grocery, we've now really set new patterns and behaviors that will stay for a long time.”

Even as the pandemic receded, Tharp continued, Google data has indicated that consumer behaviors around omnichannel shopping remain and in many ways are intensifying. In grocery, shopping continues to shift from laptops to mobile devices, signaling that shoppers want an “end-to-end” digital experience, “that exposes them to all your different capabilities that you might have from an omni perspective,” she explained.

This phenomenon is playing out among Google and partnering retailers like Albertsons Cos., which is leveraging Google to integrate information like store hours and online shopping availability to populate results of consumer searches on applications such as Google Maps and the company’s business pages. These capabilities, which leverage AI-enabled business messaging, were developed over a two-week period in the height of the pandemic last summer.

“So as a consumer shopping and looking around, wondering if [your store] has the inventory, you can have a branded interaction with them on Google,” Tharp explained. “So you’re capturing a trip before you might even lose it. Somebody else might have popped something up in front of that customer digitally, and they might’ve gone to a different store. So it allows Albertsons to have a branded interaction with that customer, even if the customer never makes it to their own site.”

This also represents beginnings of a new run at so-called conversational commerce—a concept that may have been too far ahead of its time when some retailers, such as Walmart (with its since-retired JetBlack service), experimented with it a few years ago.

“It is one of the top things we’re now working with global grocers on enabling—to say, what is that future evolution of experience, where I can just talk to my device or my phone and have a recipe or ingredients added to my shopping list without even thinking about it?” Tharp said.

A Category of One

In an on-stage conversation with Groceryshop’s Joe Laszlo, Gopuff's Gola provided a look into the phenomenal growth of the eight-year-old “instant needs” retailer, which is experiencing skyrocketing growth as it pioneers what he called a “category of one,” or instant-needs retail. The company utilizes a vertical model of dark stores from which it delivers, in 20 to 30 minutes, a growing assortment of essentials intended to be consumed immediately—a virtual convenience store that has grown from its origins as a college-campus delivery service. 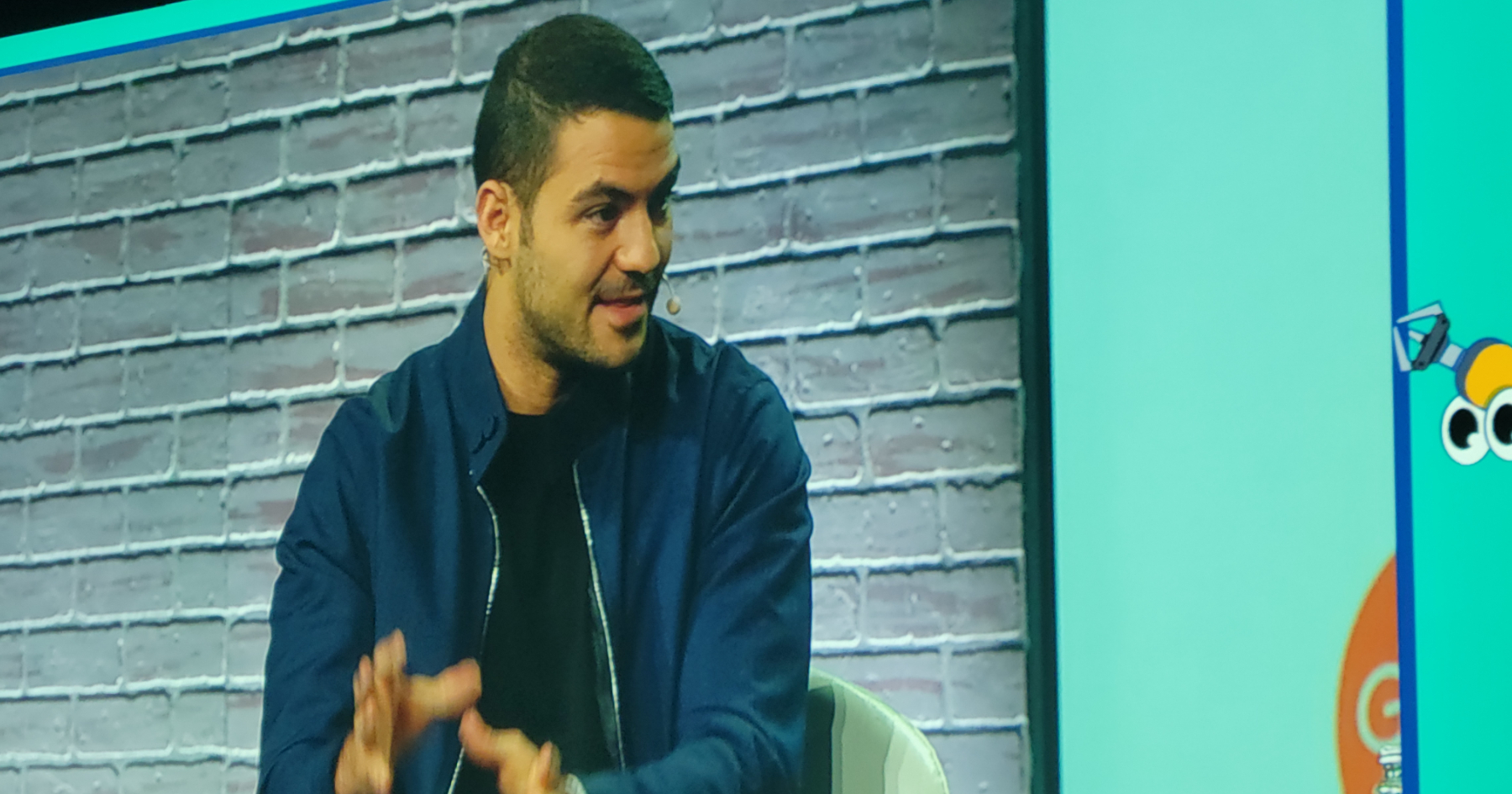 Gopuff’s shoppers—and its assortment, which now numbers around 4,000 items, from diapers to alcohol beverages to fresh pizzas from the newly launched Gopuff Kitchens—have grown up along with it, he said. Acquisitions of online omnichannel alcohol businesses like BevMo have been critical in making Gopuff one of the country’s largest holders of liquor licenses, Gola said.

“A lot of that has to do with now selling baby products. It was the fastest year-over-year category for Gopuff, along with the Kitchen business, and the entrance into alcohol. … That gives us the categories that people want and the older [than student-age] consumer. It was our way into the market, and we're excited today about the fastest-growing demographic on the platform.”

Gola’s major message seemed directed at brands and suppliers, seeking their participation in Gopuff’s efforts to further monetize its platform’s audience. Advertisers on Gopuff, he said, are getting a three-to-one return on their investment because the platform leverages a unique advantage—messaging shoppers “at the moment of consumption.”

“What I’m really excited for is the demonstration of value that we’ve been able to provide to [brands], whether it's through our search, whether it's through our programmatic ad platform and product placement, [and] we also have an amazing sampling program,” he said. “One of the reasons I was excited to come here is [to say] anyone that has even one SKU on Gopuff should be advertising on the platform because it's a clear ROI.”

The advertising potential of the omnichannel shift was a clear theme among any number of concurrent sessions, where a variety of software vendors, platforms, retailers and brands addressed how they were addressing digital as a means to help pay for the omnichannel shift and boost the muscle of their physical plants as they follow the data pointing to ever-growing consumer intent to purchase what they want—in the way that is most convenient for them.

Or as Tharp put it: The future of shopping is “easy, intuitive and helpful.”