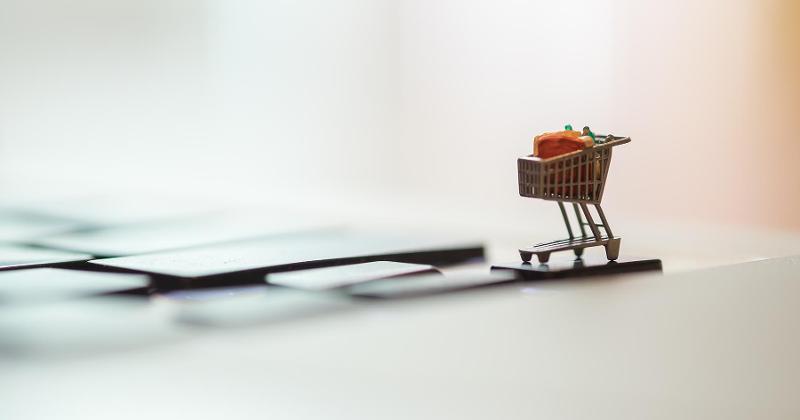 The most recently published government retail sales estimates identify the online sales of food and beverages that took place in the U.S. as a whole in 2017.

A total of $3.8 billion was through food and beverage stores representing just 0.5% of total U.S. grocery sales in 2017 ($726 billion), and $12.67 billion in food, beer and wine was estimated to be sold via online and mail order retailers such as Amazon.

In addition, online food and grocery sales via general merchandise stores were estimated at $453 million. This appears to be an underestimate, because other nongovernment sources estimate the individual online sales of the three major warehouse clubs and supercenters to be as follows (in 2017):

Total online sales of food and grocery were about $20.2 billion in 2017, representing a 2.8% share of the total U.S. grocery market. This is well below the 6%-plus market share estimates reported by a number of potentially unrepresentative internet-based surveys, and still a long way from the $100 billion that has been forecast by industry experts for 2022 (only three years away).

However, whatever the actual current market size, there will be further rapid growth for the next few years because of the major e-commerce investments being made by Amazon, Walmart, Kroger, Ahold/Peapod and others.

But at what cost are these investments being made to the vast majority of the grocery business that still flows through physical stores? And could the money be spent more productively and wisely? These are questions that Wall Street will ultimately ask once further information on online sales and their limited profitability (or losses) becomes available.

Grocery e-commerce has plateaued at 6.7% of the grocery business in the more mature, and arguably more favorable, U.K. market, and none of the major players in British food retailing are bragging about their profitability.

Further, recent online research by MicroD estimates that only about 6% of all U.S. grocery shoppers prefer to shop online for food and groceries vs. a 94% proportion who still prefer physical stores.

E-commerce is being driven by three factors: Amazon’s incursion into the grocery industry (the jury is still out on this); the efforts of both Walmart and Kroger to keep up with Amazon; and an army of conference organizers, technology consultants and vendors.

While e-commerce will continue to grow—and is a “must do” for the larger supermarket chains, will it ultimately be, to quote William Shakespeare, “much ado about nothing?” Particularly if a recession intercedes and drives even more grocery shoppers into the arms of cost-efficient value retailers, such as Aldi, Costco, Dollar General, Lidl and Trader Joe’s.

Finally, perhaps the greatest concern about e-commerce investments is the resulting reduced focus on the core physical business.

In order to maintain profitability, many chains (and wholesalers) are downsizing their internal expertise and head count with respect to important traditional functions, such as store location and market research experts in favor of thinking that e-commerce will provide continued strong future growth. However, this is shortsighted, because, over time, intelligent decisions will continue to be necessary with respect to the physical estate, i.e., store openings, format conversions, remodels and closures.

Further, in order to control costs or losses, e-commerce services such as home delivery and click and collect will increasingly need to be selectively targeted according to local demographics and competition.

Retailers will ultimately need to rebalance their investments of time and money once the bloom is off the rose.

David Rogers is president of DSR Marketing Systems Inc. He can be reached at dsrms@sbcglobal.net.