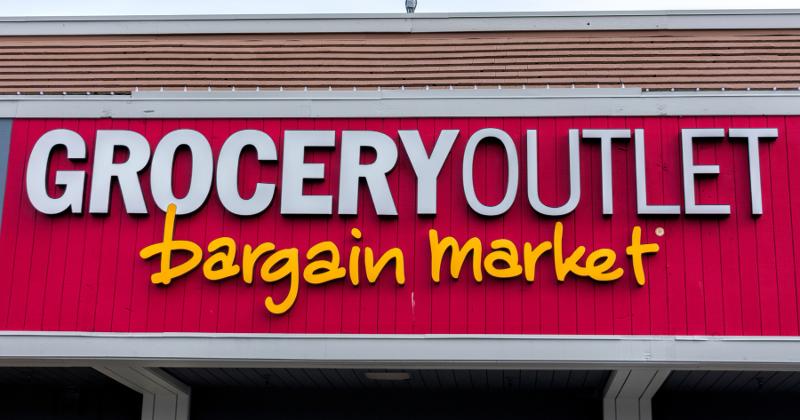 The Emeryville, Calif.-based extreme discounter opened in former Genuardi’s site in East Norriton, Pa. in late February and has a second site in Philadelphia’s Mt. Airy neighborhood expected to open on April 29, according to social media accounts.

The company has said that between three and five new units in the area could open this year, bringing a new life to a pocket of stores it has run in Pennsylvania for more than a decade. Those stores, originally known as Amelia’s, were initially acquired to expand Grocery Outlet’s its strategic sourcing capabilities, but are now becoming a second front of growth.

Grocery Outlet takes advantage of opportunistic buying-- packaging changes, items with short sell-by dates and overruns—to support pricing on those items that it says can be 40% to 70% below competitors, complemented with conventionally sourced basics priced at or below market leaders. Its stores are run by independent operators who train with existing teams.

Davis and Michelle Tress are the owner-operators of the East Norriton store, Grocery Outlet said. David has years of experience in restaurant management, and Michelle has a background in exercise science and produce sales. Aaron and Chyrese Hollingsworth will own and operate the Mt. Airy store.

The East Norriton store, at 2917 Swede Rd., joins a crowded market—but that’s part of the plan as discounters often tend to locate in close proximity to mainstream competitors. The 23,000-square-foot former Genuardi’s store is within a mile of a Walmart, Giant, and a Weis Market, and within reach of both wealthy neighborhoods to the north and lower income pockets to the south. “We love the location,” Grocery Outlet’s chief operations and merchandising officer for the company’s Eastern division, told the Philadelphia Business Journal. “It was an underserved market and we know it will work extremely well.”

A Grocery Outlet spokesperson and Tress did not immediately respond to requests for comment to WGB. Mayo however told the Journal that the chain sees “limitless” possibilities for more stores. “We think there is a ton of opportunity,” she said.

Bob Gorland, a Harrisburg, Pa.-based VP for the site-selection specialist Matthew P. Casey & Associates, told WGB that he wouldn’t anticipate the new store would need to do the nearly the same volume of its neighbors to be successful, but said new entrants like Grocery Outlet face challenges in being certain that consumers are aware of and understand the offering, and to be sure that store conditions and execution are on point to maintain momentum.

Hiring for the new unit in Mt. Airy, a diverse Northwest Philadelphia neighborhood, is going on now including a job fair scheduled this week, reports indicated. Owner Aaron Hollingsworth has more than 25 years of experience in retail including stints as a store manager at Bruno’s Supermarkets, buying roles with wholesalers Fleming and C&S and category management and private label brand buying experience at Dollar General, Family Dollar Stores and most recently according to his LinkedIn page, Circle K, where he was a private brand development manager.

That store is located in a newly built 67-unit rental building at the corner of Germantown Ave. and West Horrter St. in West Mt. Airy.

As previously reported, Grocery Outlet has also been identified by developers as a tenant in a forthcoming rental building planned in the Sharswood neighborhood in North Center City