Grocery prices are coming down as restaurants open back up, new data from the Bureau of Labor Statistics show.

Price inflation for food consumed at home eased to 3.3% in March on a year-over-year basis, the Bureau’s Consumer Price Index showed. That figure was 3.7% in February. The index for food away from home in March—a proxy for restaurant inflation—was up by 3.7% year over year, marking the first month since pandemic restrictions took hold last March that restaurant food prices increased faster than grocery. 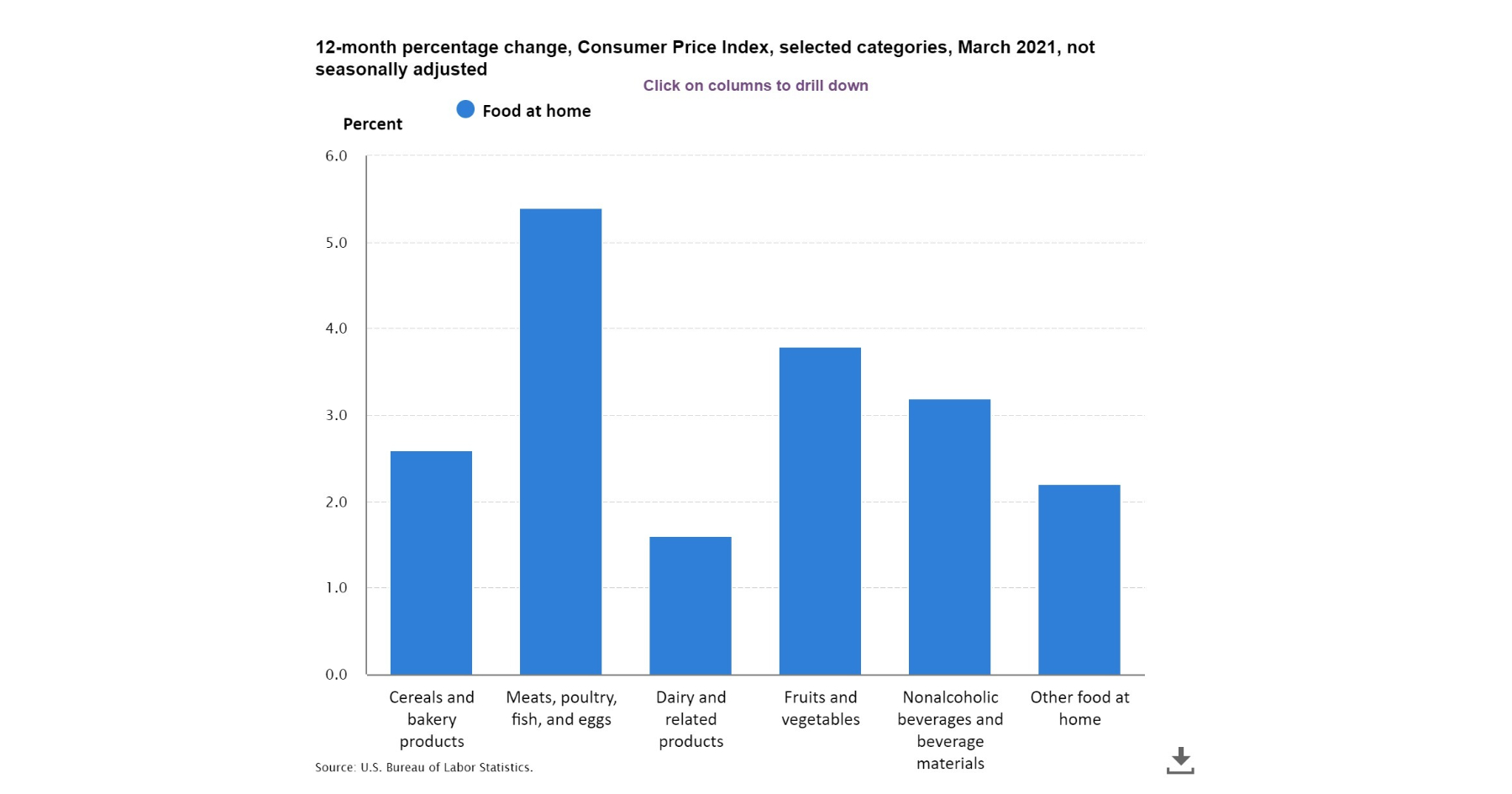 MKM Partners analyst Bill Kirk in a note to clients this week showed that in Denver, where indoor dining resumed in February, food-at-home inflation dipped from 2.5% to 1.4% in March. In Philadelphia, where dining restrictions eased in January, grocery inflation fell from 2.5% in the fourth quarter to 0.1% deflation in March. And in San Francisco, where restaurants resumed partial in-store dining in early March, grocery inflation decelerated to 3.9% in March from 6.7% in February and more than 8% in December and January, MKM said.

“As restaurants reopen more broadly, we expect national food-at-home inflation to come down (i.e., pricing power disappears),” Kirk wrote. “Our concern emerges with the possibility that input costs are inflationary … without the channel pricing power to pass it through.”

The input inflation Kirk referred to was a 2.6% increase in the Producer Price Index, announced by the Bureau late last week.