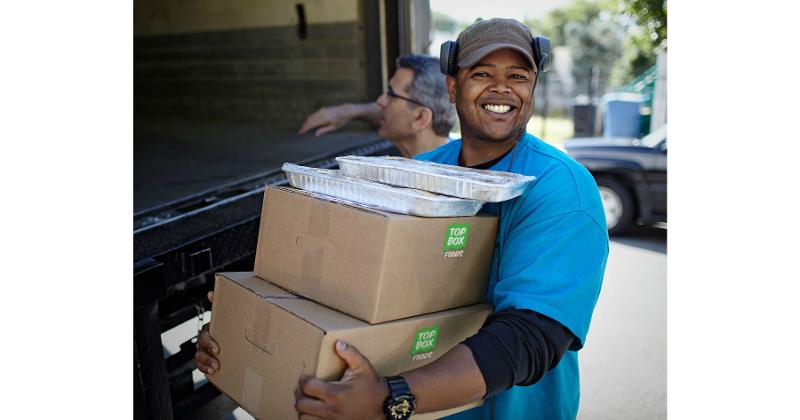 Food insecurity is a mounting problem across the U.S., with more unemployed workers and families with kids swelling the ranks weekly. Midwest supermarket chain Mariano’s teamed up with Common Threads, a national nonprofit that provides children and families with cooking and nutrition education, and Top Box Foods, a nonprofit that delivers boxes of food to those in need, to provide family meals in Chicago.

Notable Chicago chefs, including Bill Kim of Urbanbelly, Kevin Hickey of The Duck Inn and Paul Hitalenko of Huegah Catering Co., are cooking up the meals along with some of their staff—all of whom are getting paid. Each delivery contains a prepared family meal for the household, plus fresh produce and proteins curated by Top Box and selected by the family.

“My training as a chef gives me the platform to help others, which is why I work with Common Threads and other community organizations,” said Kim. “I knew I could not be on the sidelines wishing someone would help, and I am grateful to be part of the solution.” The chefs are also grateful that some of their employees have jobs while they wait for their restaurants to reopen. 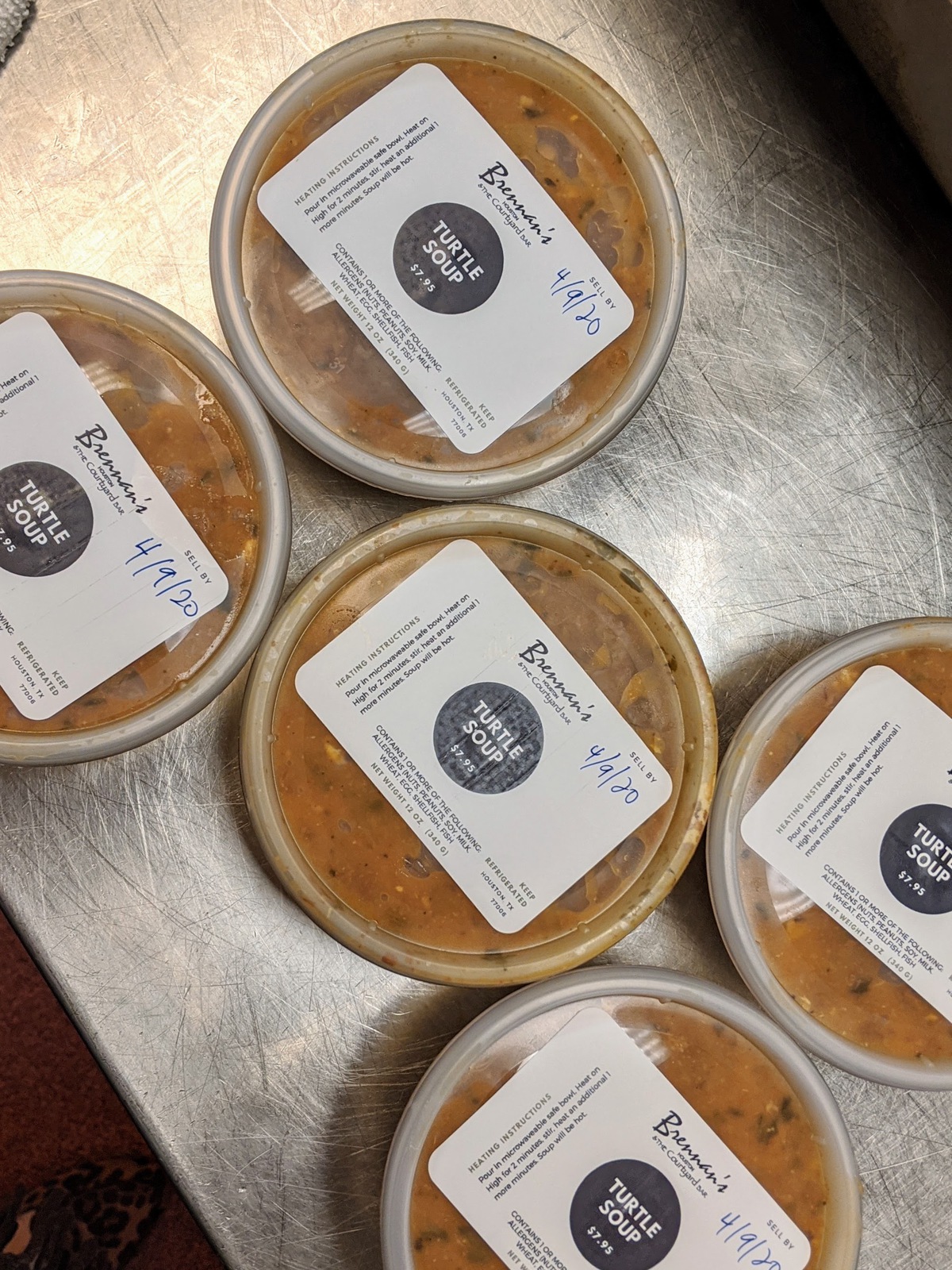 Chefs from restaurants in Westchester County, N.Y., are bringing in some revenue by preparing food to go for DeCicco & Sons, a local supermarket chain. The spread of COVID-19 forced the stores to close their hot and cold food bars and drastically cut back on prepared meal options. “Our menu offerings went from hundreds of items to dozens,” said Joe DeCicco Jr., chief purchasing officer of the family-owned markets.

It was at this point that he reached out to Christian Petroni of restaurant group Fortina. “Like so many restaurants, the chef is relying solely on takeout business, but he has a full production kitchen where he creates many of his classic menu items—most importantly, his handmade pasta,” said DeCicco. “We called Christian and asked if he would brainstorm a handful of vegetarian-friendly pasta dinners that he could produce, package and sell to us, to not only take the stress off our team, but also keep his chefs cooking.”

So far, Petroni is cooking up lasagna and paccheri a la vodka. DeCicco also reached out to Smokehouse restaurant, which is preparing barbecue pulled pork and cornbread, and The Parlour for its scratch-made pizzas, which are delivered frozen. More partnerships are in the works. 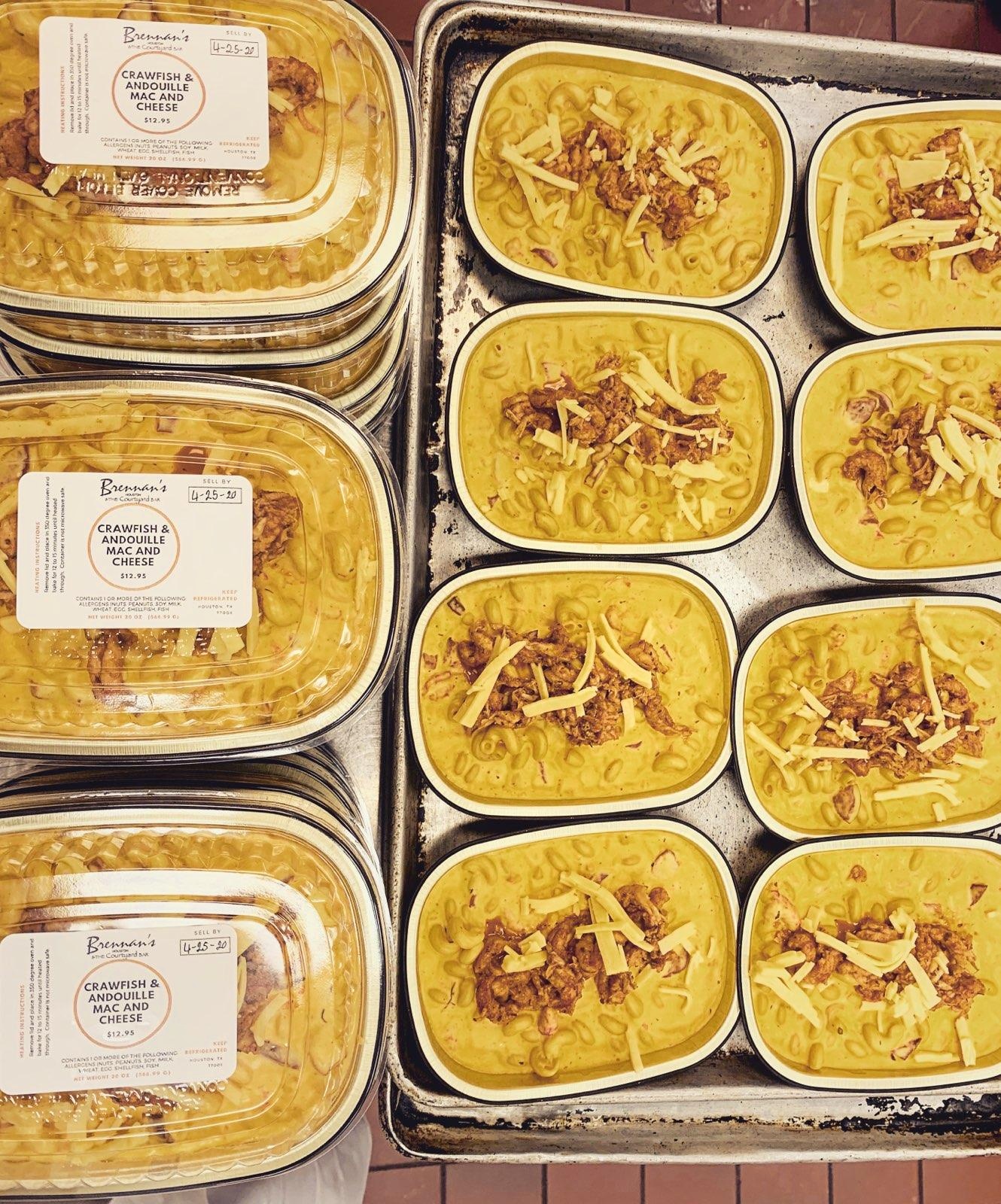 H-E-B supermarkets tapped three well-known Houston restaurants to fill out its meals-to-go selection with some of their signatures. Brennan’s started by providing its famous turtle soup, then added Creole shrimp and grits, crawfish and andouille mac and cheese and bread pudding, while Cherry Block Craft Butcher and Kitchen is preparing red beans and rice with andouille sausage, smoked ham hock gumbo and short ribs with cheese grits. James Beard Award winner Underbelly is offering a version of its celebrated Korean goat dumplings, swapping in spicy braised beef for the goat meat, along with comfort foods such as tater tot and bacon casserole and macaroni and cheese.

H-E-B launched similar restaurant partnerships in its hometown of San Antonio, as well as Austin. According to an article in the Houston Chronicle, the restaurants set the price for the items and H-E-B pays them and doesn’t take any portion of sales.

A version of this article previously published on WGB's sister website RestaurantBusiness.