H-E-B has expanded a test of frictionless checkout to seven stores in Austin area, according to local reports.

The technology works through a mobile app known as H-E-B Go, which debuted earlier this year in two stores in H-E-B’s San Antonio home market. The expansion continues a period of heavy investment in technology for H-E-B, which earlier this year said it was seeking to become “a dominant force in the digital retail space.”

H-E-B in February acquired the delivery company Favor, and subsequently named Jag Bath its chief digital officer. More recently the retailer appointed digital marketing veteran Mike Georgoff as chief product officer for H-E-B Digital, and said it would build a 81,000-square-foot technology lab in East Austin, Texas, that would serve as the new headquarters for Favor and H-E-B Digital when it opens next spring. H-E-B said it was on track to expand curbside pickup and delivery of online orders to 165 of its 400 stores this year.

The H-E-B Go app, now in beta versions available for Apple and Android mobile devices, allows customers to scan and bag their own groceries as they shop and pay using a stored method at a special terminal by scanning a code. According to a report on CBS Austin, checkout transactions using the app take about 10 to 15 seconds. 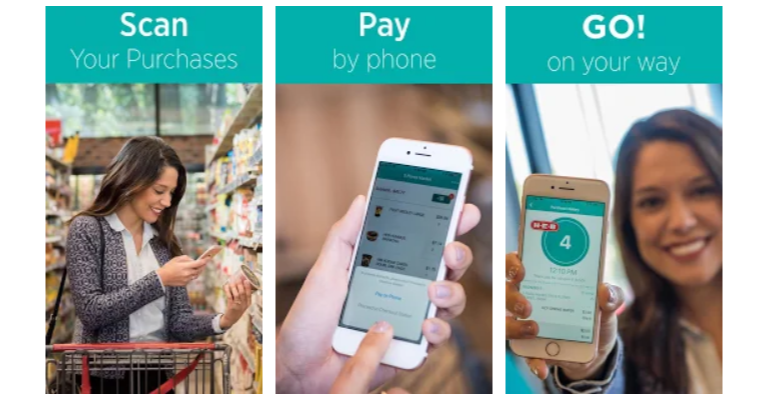