After a final culinary showdown, H-E-B has selected four winners of the top 25 finalists for its fifth annual Primo Picks Quest for Texas Best competition, which took place Aug. 10 at the Central Texas Food Bank.

“H-E-B Quest for Texas Best furthers our commitment to carrying a significant variety of outstanding Texas-made products, allowing us to grow and celebrate the diversity, creativity and ingenuity of Texans even more,” said James Harris, director, diversity and inclusion and supplier diversity for San Antonio-based H-E-B, in a statement.

The Quest for Texas Best competition is a key program for H-E-B’s Primo Picks brand, which labels the retailer’s new and unique best-in-store products. Since its inception in 2014, the competition has yielded more than 432 new products on H-E-B’s shelves across Texas.

This year’s competition drew more than 700 entries from nearly 140 cities and towns across the state. Through two qualifying rounds, submissions were judged on taste and flavor, customer appeal, uniqueness, market potential and differentiation from current products at most H-E-B stores.

“We continue to be impressed by the incredibly unique and innovative products from our participants, and this fifth anniversary year was no exception,” said Harris. “We congratulate our winners and commend all who participated.”

With annual revenue of more than $25 billion, H-E-B is the single largest retailer of the Go Texan program, with nearly 1,000 own brand items sporting the program’s watermark in its 400 stores.

The 2018 H-E-B Primo Picks Quest for Texas Best Winners include: 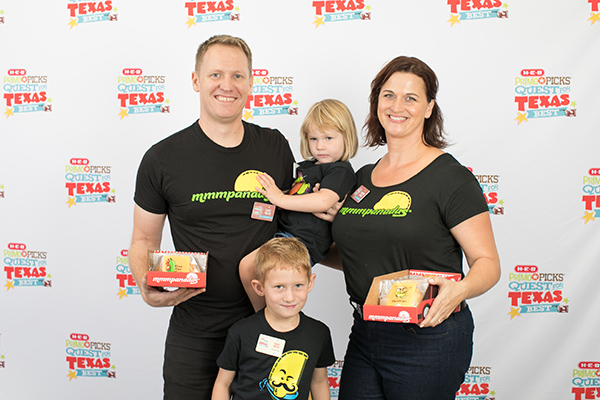 For the folks behind Mmmpanadas, the quest for the perfect empanada started in Costa Rica, when co-founder Cody Fields became obsessed with the hand-held delight. This passion continued, taking him throughout Central and South America. In 2008, he and his wife, Kristen, opened their food truck in Austin, crafting flavorful empanadas such as Argentinian Beef, Hatch Green Chile Chicken, Vegan Black Bean and BBQ Brisket. Today, they make more than 20 flavors of their artisan empanadas, which are free from additives, fillers, preservatives and trans fats. Available in two sizes, their pockets of love are cooked fresh from their food truck and can be found in the frozen section at some retailers in Austin. 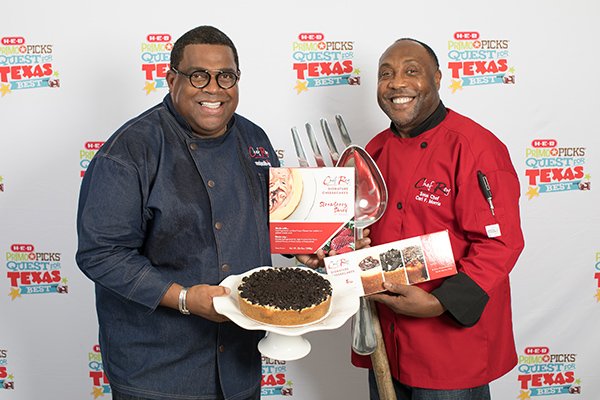 Reynold Darthard, better known as Chef Rey, has been called one of Houston’s top culinary talents. After 15 years working a corporate job, the Texas A&M University graduate decided to pursue his passion of cooking, entering the Art Institute of Houston’s culinary program at the age of 37. Pulling from his culinary education and memories of cooking with his mother and grandmother, Chef Rey has used his flair for cuisine to create delectable cheesecakes. With seven delicious flavors, these sweet, creamy bites have rings of flaky crust, making a succulent dessert that’s smooth and velvety. Flavors include strawberry, raspberry, chocolate swirl and sweet potato. Chef Rey has authored multiple cookbooks and held roles as executive chef for professional athletes and sports teams, such as the Houston Astros and Houston Rockets. 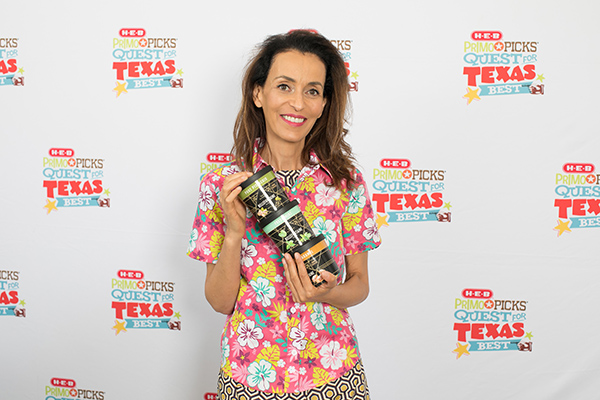 Named after a small village in the French countryside, Bellefontaine makes ice cream using pure, clean ingredients. Originally from France, owner Lucienne Duforets is committed to using centuries-old traditions to create her French-style ice cream. Each batch is made from scratch with fresh milk straight from Texas farms, producing a soft, smooth texture in every spoonful. With 10 rich flavors, many of the ingredients used are sourced locally and made in-house, including ribbons of chewy caramel used in the Salted Butter Caramel. Along with intense flavors such as Pistachio, Rose and Bananas Foster, Bellefontaine also has a line of dairy- and gluten-free sorbets: dark chocolate, mango & passion fruit, and coconut. 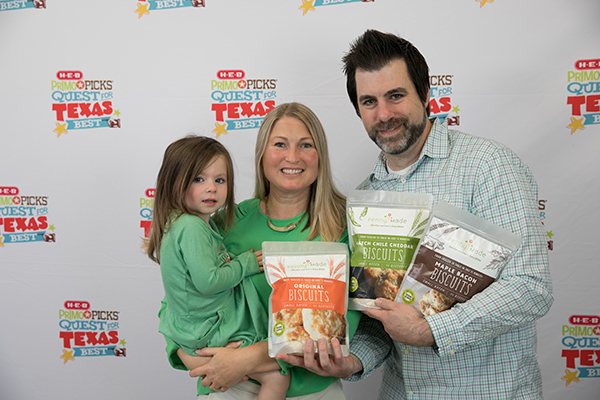 Sometimes your harshest critics are those closest to you. For Tiffani Diorio, that tough pundit was her daughter, Penny. With a desire to raise her daughter with healthy treats, she began tweaking recipes to ensure every bite of food was tasty and nutritious while also appealing to a more sophisticated palate that appreciates homemade Southern comfort food. Using a family recipe, this Southern momma came up with a lineup of flavorful and flaky buttery biscuits, which are frozen, ready-to-bake and can go from freezer to table in 15 minutes. Pennymade biscuits are made from scratch with non-GMO, all-natural ingredients and are available in multiple flavors, including Original, Hatch Chile Cheddar and Maple Bacon.