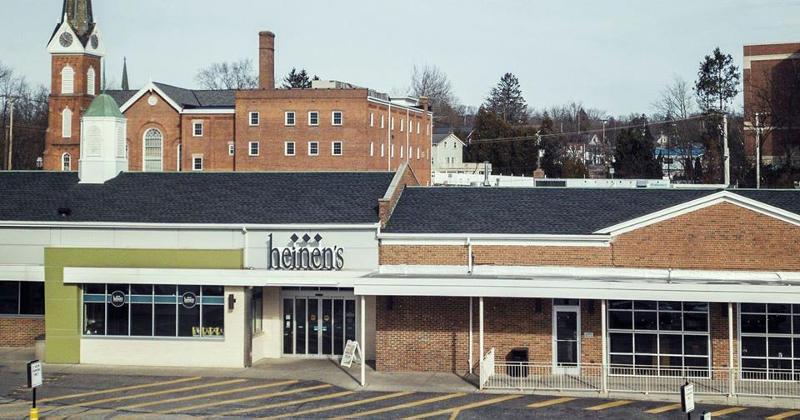 Heinen’s Fine Foods said this week it was officially turning over merchandising, ordering and operations of its fresh departments chainwide to a software solution built behind a combination of cutting-edge artificial intelligence and an old-fashioned appreciation for how work gets done on the store floor.

The Cleveland-based operator of 23 stores known for fresh foods in Ohio and Illinois has been in the process of deploying the Afresh Technologies solution across the chain after a successful pilot in three of its stores, Matt Schwartz, CEO and co-founder of San Francisco-based Afresh, told WGB in an interview this week. That process is scheduled to be complete this week.

Heinen’s in a release said the software has helped to reduce waste, as well as improve profitability and sales, by ensuring fresher product in stores and simplifying the processes in managing fresh departments and inventory.

“Our customers know that they can always find the freshest, highest quality foods and the greatest assortment at Heinen’s,” said Jeff Heinen, co-CEO of Heinen’s. “The partnership with Afresh enables us to continue to deliver on that promise of the freshest food and the best in-stock rate. We have always embraced innovation and are excited to partner with Afresh.”

Schwartz describes Afresh as bringing sophisticated AI to perimeter management—a critical aspect of the grocery business but one that for years had suffered under computer-generated ordering and perpetual inventory systems built with nonperishable goods in mind. An associated workflow for fresh departments is a “secret sauce” that helps to save labor and reinforces the effectiveness of the solution, he added.

“Heinen’s, and pretty much every other grocer in the country, is in the business of selling fresh food, but there’s kind of this divide in all of these organizations, from the perimeter in the center store,” he said. “Technology historically has been one-size-fits-all, where you have companies that might have had technology for hard goods and built them for apparel, and built them for electronics, and built them for center store grocery, like a box of Cheerios or Coke. A lot of those things are very similar, but then you have produce and meat and foodservice where, items don’t necessarily come in a box and have a barcode and last forever.

“So what we’re in the business of doing is helping Heinen’s, and every other grocery we work with, by building systems and technologies that are fundamentally built for fresh first and designed to really work in fresh in practice.”

As Afresh researched its solution, Schwartz described being surprised to learn that multibillion food retail chains were ordering via “pen and paper” or other more advanced programs that often left them with out-of-stock or overstocked conditions leading to lost sales and waste.

A key to its solution is applying AI to perpetual inventory, demand forecasting and order recommendations “holistically and independently,” reinforcing it with an associated front-end workflow “designed for real produce managers.” Schwartz is careful not to reveal too much about this last bit, beyond saying it “piggybacks” on the processes workers would be used to and simplifies it behind a tablet solution, and that workers seem to like it.

“In starting this company we were really passionate about reducing food waste. And increasing access to fresh, nutritious foods to people. But ultimately what we want to do is be of service to grocers,” Schwatrz said. “And it can be really hard to be a produce manager, a meat manager, and to be able to give them the tools to succeed and win of their job and to get a reaction like that is really inspiring for us.”